Malcolm will travel to Washington, D.C. at the end of April to receive the Prudential Spirit of Community Award. 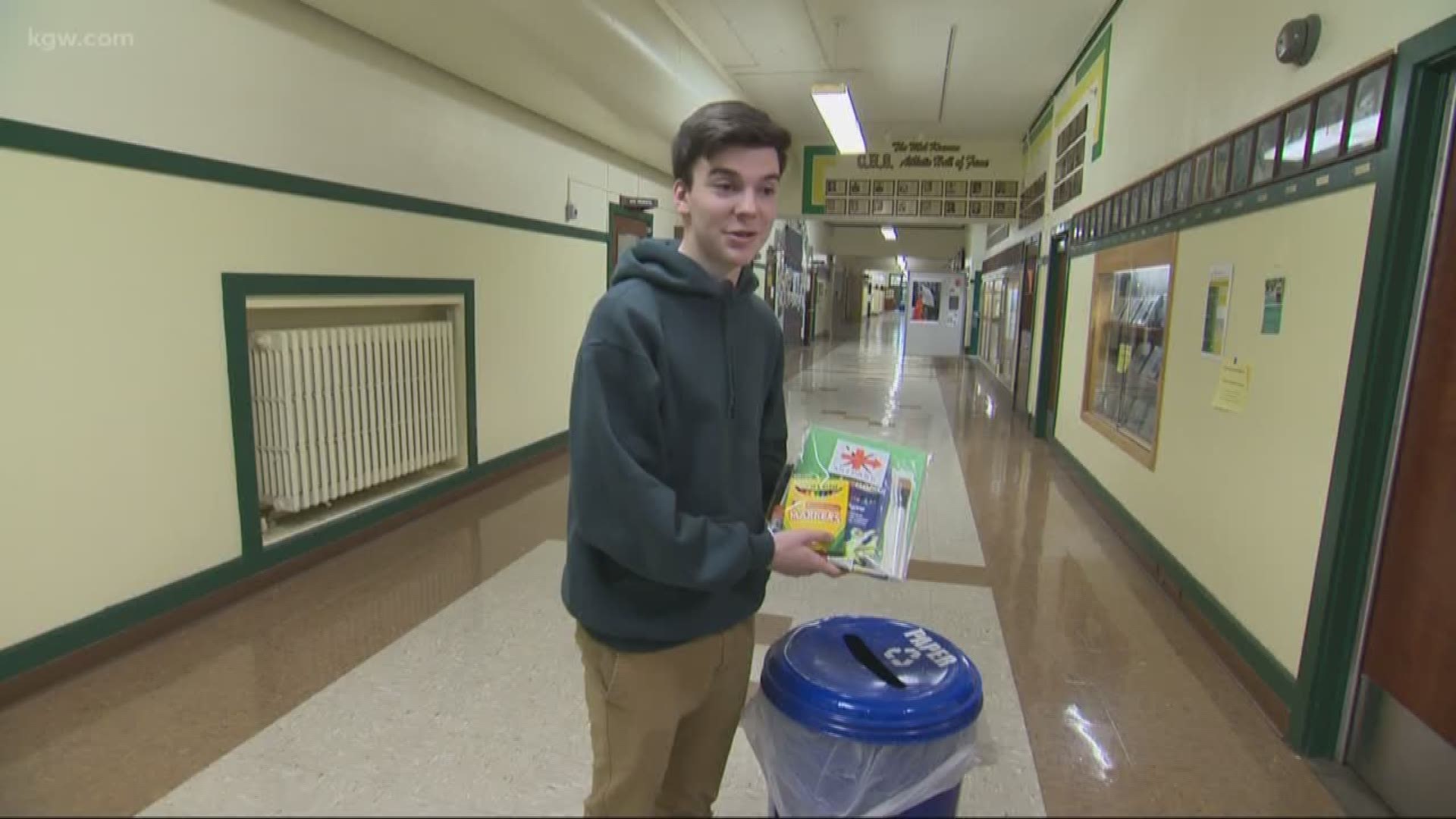 Cleveland High School Junior Malcolm Asher is about to pick up a prestigious national award for the nonprofit he founded.

It’s called Artpass and helps kids who are hospitalized create art and then share it with other patients. It’s a way to help them handle the anxiety and isolation that can come with hospitalization.

The nonprofit is an interesting choice for Malcolm, who is the first to admit, art isn’t really his thing.

“I have absolutely no artistic talent, at all,” said Malcolm.

Malcolm with patients in Ghana

But Malcolm witnessed the power of sharing a simple drawing first-hand when he was volunteering at a local children’s hospital. And when he couldn’t find an organization that focused on it, he decided to start one.

Artpass hands out packets of free art supplies to kids in the hospital, and then connects patients so they can share their art. Other teens around the world have joined in, starting their own chapters of Artpass.

“Right now we have 24 chapters across four continents,” Malcolm said.

That includes Ghana, where Malcolm witnessed the need when he volunteered there.

“They can sit in a 100-degree room with nothing to do for weeks or months on end,” said Malcolm. “I thought, this is something that would be so simple to fix. A piece of paper and a pack of markers would transform the experience.”

As it turns out, Malcolm is not only transforming the lives of the almost 2,000 kids they’ve given art supplies to so far, he is changing his own life as well. He now knows exactly what he wants to do next.

“In my future I would really love to pursue pediatric medicine and work in global health,” he said, “and really advocate for those kids who don’t really have a voice on the global scale.”

Malcolm will travel to Washington, D.C. at the end of April to receive the Prudential Spirit of Community Award. It comes with a $1,000 check, which Malcolm of course plans to spend on more art supplies.