VERIFY: Are USPS mailboxes being removed from Portland streets? 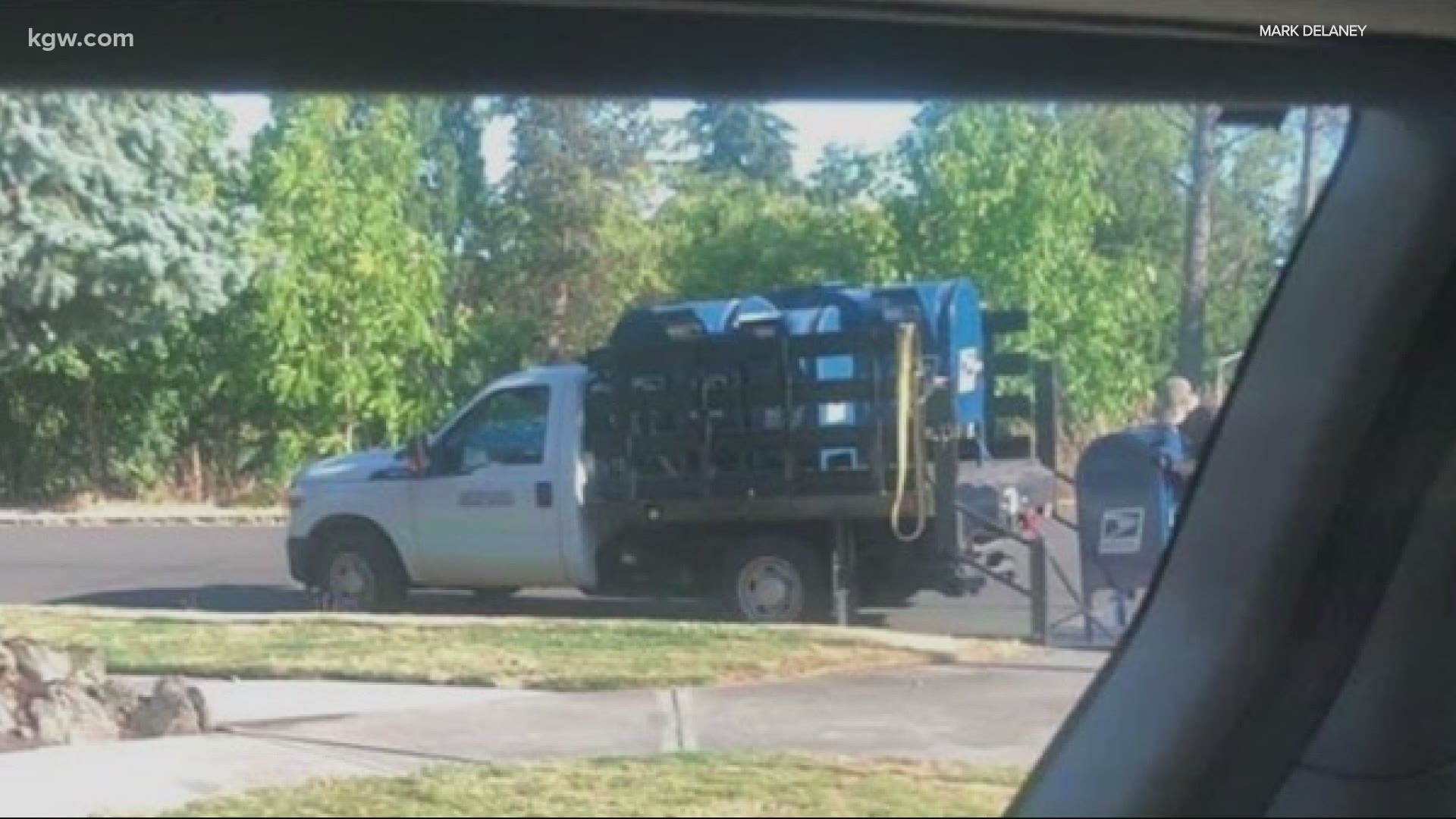 They say the boxes are being moved from locations that have multiple mailboxes right next to each other. The spokesperson added there has been a decline in first class mail volume since the pandemic began, and confirmed to Willamette Week the order came from USPS headquarters last week.

An image of a worker removing a mailbox went viral on social media this week. It was taken by Mark Delaney at Northeast Sacramento Street and 70th Avenue on Saturday, Aug. 8.

🚨Please share this picture far and wide. Trump is trying to steal the election. He is gutting the USPS to make it difficult for people to vote by mail. Here in Oregon, that’s our only option. This demands attention! @OregonGovBrown pic.twitter.com/JSsmA0FTzY

More mailboxes will likely be removed next week, though it's unknown where those boxes are and when they'll be removed, according to the USPS spokesperson.

Thursday morning, President Donald Trump admitted he wants to block money from the U.S. Postal Service, in an effort to make it harder to process mail-in ballots during the November 2020 election.