Melisse De La Mare lost the ring while skiing in central Oregon in 1992. 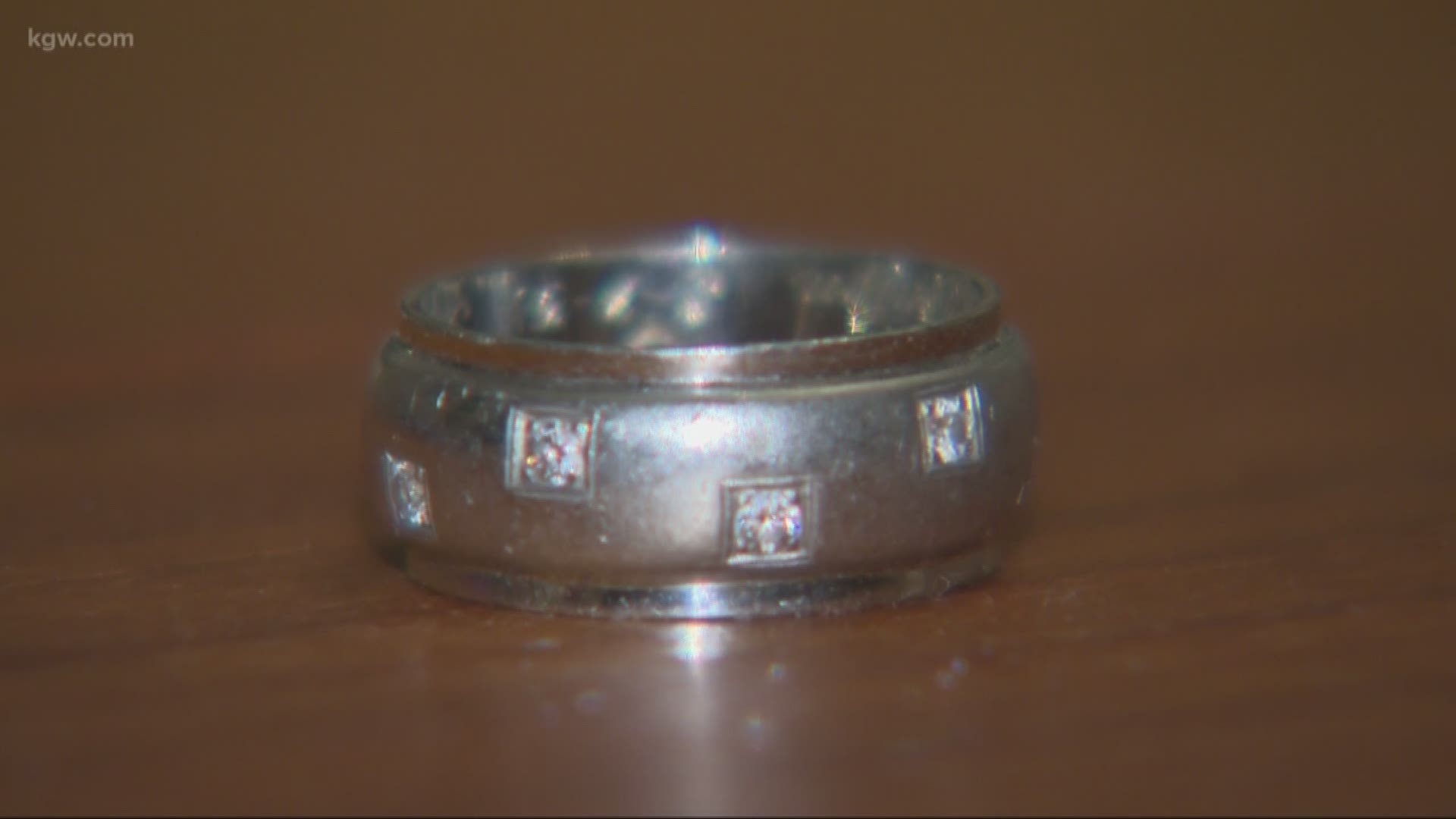 PORTLAND, Ore. — Melisse De La Mare and Jim Gibson, married for nearly three decades, are feeling like newlyweds all over again. Melisse has her wedding ring back after years without it.

"I can't believe it's back," said Melisse.

Melisse says she lost her wedding ring in 1992, just months after marrying Jim. Melisse says the ring slipped off her finger while she was skiing at Mt. Bachelor.

"I just didn't want to tell my mother-in-law because it was her ring," said Melisse.

Jim and Melisse moved on. They had no other choice. Fortunately for them there is a little something called fate.

"I'm one of those people who thinks everything happens for a reason," said Heather Langley.

Langley is a jewelry maker living in Birmingham, Alabama. She says this past summer a customer of her's told her about a ring.

Armed with that information, plus some first names engraved on the inside of the ring, Heather got to work. She started making calls. One of those calls was to Samantha Swindler of The Oregonian. Swindler and her team started digging.

"She (Swindler) did a lot of historic research to identify my mother-in-law's name with Norton, her husband's name," said Melisse.

The research led to Melisse. In late October, Heather flew to Portland to deliver the lost ring. Melisse says the ring fits better now than it did all those years ago.

"It was very emotional," said Melisse. "It was more emotional for Heather because she was in it the whole time."

"I believe in these kinds of things," added Heather. "It was absolutely amazing to be a part of it."

Melisse and Heather have become fast friends throughout this process. They have a lot in common. They text daily. They plan to get together on the east coast over Christmas.