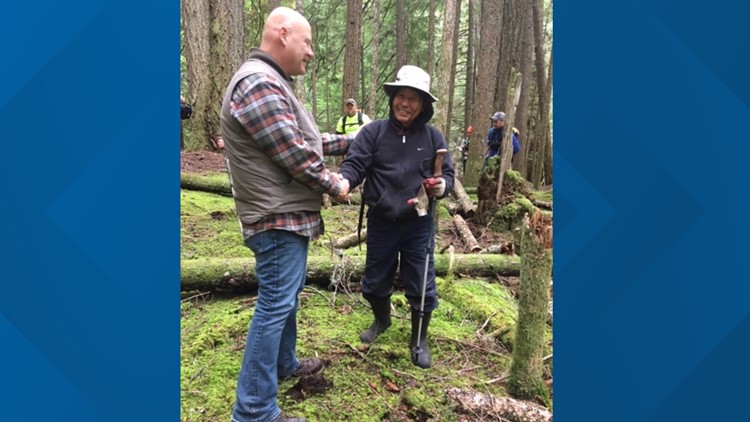 RHODODENDRON, Ore. — Search and rescue teams have found two lost hikers alive and well near a riverbed in dense woods near Mount Hood.

They had been searching for Anna Jung, 71, and Suki Jung, 71, along the Paradise Park Trail. The couple had been missing since Tuesday afternoon.

Search crews located the couple about a half-mile from E. Kiwanis Road at 1:20 p.m. after they found items that belonged to the missing hikers and tracked shoe prints in mud. It took rescuers hours to bring the couple out of the woods safely because of rough terrain and steep elevation.

Anna and Suki Jung were part of a group of six hikers who set out on the Paradise Park Trail. The other four hikers returned to their cars around 2:30 p.m. Tuesday when they noticed the couple were missing, according to the Clackamas County Sheriff’s Office.

The Paradise Park Trail is located near Kiwanis Camp Road near Rhodendron. The rural area is challenging to search, deputies say, because it is made of up of steep terrain, dense forest and several trailheads.

MORE: Hiker on Pacific Crest Trail dies after being hit by falling tree in Washington