Many in the timber industry say the bill designed to help the environment will cost them their jobs. 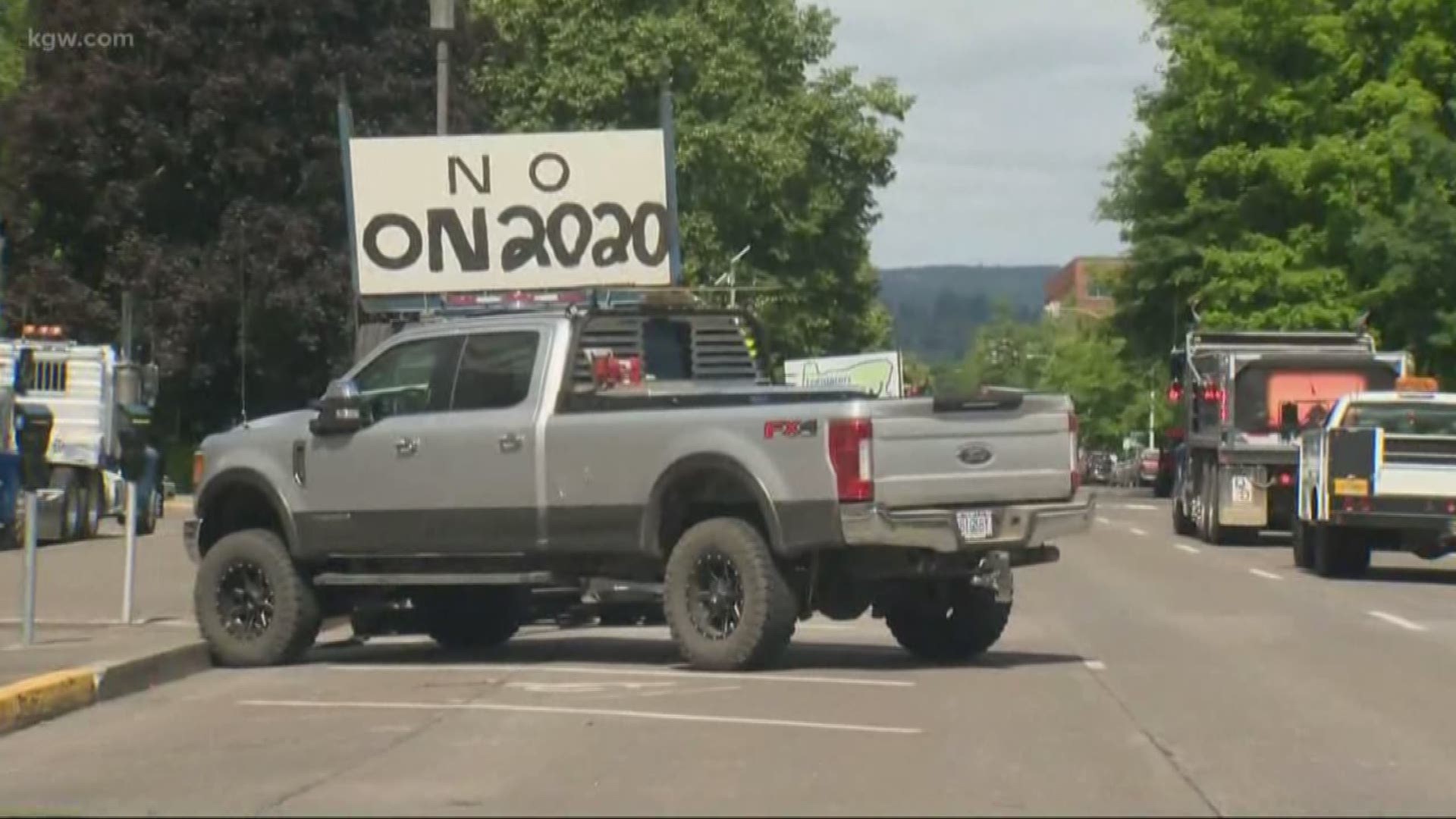 SALEM, Ore. — Loggers and truck drivers from all over Oregon brought their big rigs to Salem on Wednesday morning. They made the journey to the Capitol to protest HB 2020.

The bill is designed to help the environment by lowering greenhouse gas emissions. But many in the timber industry have big issues with it.

The legislation involves a cap-and-trade program. That means if a company pollutes a lot, that company will have to pay a lot or reduce its emissions.

The bill is complicated, but here's how it would work: The largest polluters in Oregon would have to pay for each ton of gas they produce. Right now that's about 100 companies. Over time, more companies would have to pay as the maximum emissions allowed goes down.

But those big polluters could buy credits to offset emissions.

That doesn't sit well with Pihl, who says that system doesn't really fix the problem.

“It allows large corporations to keep polluting at the cost of us working people,” he said.

“They can still keep polluting. They buy carbon credits, and they think everything is fine.”

Pihl says jobs are on the line because the credits that companies buy translate to plots of trees that won't be available for loggers to cut down. Fewer trees to log, in an already stagnating industry, means fewer jobs, Pihl says.

Many of the truck drivers participating in the rally had an early morning. Those from the Portland area congregated in North Plains before making the trek to Salem.

They say they're worried the bill will kill business and force companies to move.

Leavy says it’s not just the mills he’s worried about, but it’s the other industries too.

“It affects every industry in the state of Oregon,” he said.

RELATED: Republicans: 'All options' on table to stop cap and trade

But those who support the bill say something has to be done to fight climate change.

“Climate change is here. It’s happening and it is costing our state our country and our planet hundreds of millions of dollars a year,” said Nancy Hamilton, with Oregon Business for Climate.

The program would raise an estimated $550 million in its first year. The money would pay for a transition to cleaner energy.

If approved, the program would begin in 2021.

The bill has already passed the Oregon House and is now in the Senate. If it passes there, Governor Kate Brown has said she will sign it.

Brown says she is prepared to extend the legislative session if Republican's follow through on a threat to walk out and block the vote.