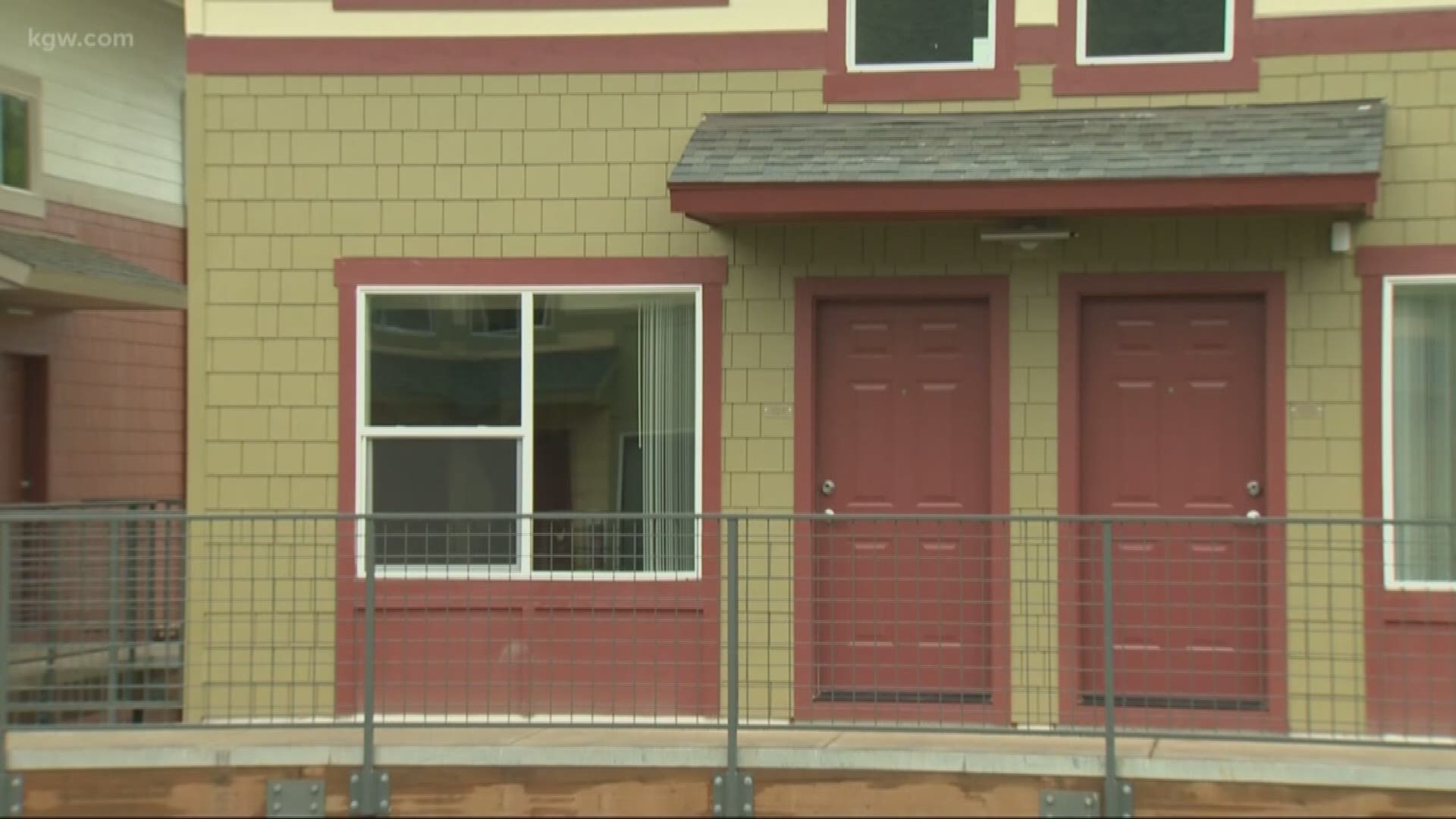 PORTLAND, Ore. — In a scathing new report, Oregon Congressman Earl Blumenauer (D-Portland) is calling on the federal government to “reassert its partnership to become a constructive force for equity, accessibility, and opportunity in solving the housing crisis.”

It accuses Congress, over decades of policy shifts, of systematically failing to live up to a more than 70-year-old United Nations standard that deems housing a human right.

Subsequently, it calls on lawmakers to enact any or all of a specific list of changes tied to public housing, homelessness and other topics, many of which Rep. Blumenauer notes “may seem to be radical or interfere with the ‘free market.’”

RELATED: Bill that will provide $11 million to tribal fishing sites passes US House

“From the first encounter between Native Americans and European colonizers, governments have subsidized housing for some at the expense of others,” it reads. “From President Franklin D. Roosevelt’s New Deal to President Lyndon B. Johnson’s War on Poverty, the federal government was an active partner in investing in housing programs to provide a home for struggling Americans, particularly if they were white. As poverty rates declined for white families, so did federal assistance for housing communities of color that remained in poverty. Congress and the Nixon, Reagan, and, to a lesser extent, Clinton administrations all worked to systematically shift federal housing policies to be smaller, focused on rental assistance rather than construction, and ultimately less impactful.”

Describing the current state of the housing crisis, “Locked Out” cites the most recent Homelessness Assessment Report from the U.S. Department of Housing and Urban Development or HUD, which estimated more than 552,000 people experienced homelessness in the United States in 2018.

Blumenauer argues statistics show many more are on the brink of becoming homeless.

The report states “nearly half of renters are paying more than 30% of their income in rent. The United States has a shortage of seven million rental homes available to extremely low-income renters and there isn’t a single state that has an adequate supply of affordable rental homes.”

By definition, HUD deems housing affordable if it costs no more than 30% of the household’s income.

It also cites 2016 statistics that point to the increase in construction of market-rate rental homes, 40% of which cost more than $1,500 a month.

“Throughout the 1980s and 1990s, the cost to maintain public housing rose and federal funding failed to keep pace. Public housing fell into disrepair and the public became concerned about dangerous, unsafe conditions at public housing developments,” reads the report. “Instead of committing federal resources to address the problem, Congress was influenced by the welfare reform debates of the mid-1990s and opted to set a cap on public housing. The so-called ‘Faircloth Amendment’ remains in effect today and prohibits the construction of public housing if it would result in a net increase of homes that a Public Housing Authority owned, assisted, or operated on October 1, 1999.”

In a reference to major city like Portland, the report states “The construction cranes you see on nearly every block are not affordable housing.”

Throughout the report, Rep. Blumenauer called for urgency on the matter tied to the environment, writing, “the climate crisis has already made some areas of the world untenable for human inhabitants. This trend will become more pronounced, creating a wave of climate refugees that will put increased pressure for affordable housing in select regions.”

He also devoted a section to criticizing President Trump’s take on prioritizing housing, writing “it is clear the Trump administration holds federal housing assistance programs in low regard. In his most recent budget, Trump proposed a 18% cut to HUD funding (-$9.8 billion).”

That cut was blocked by the Democrat-controlled House.

It was supported, however, by HUD Secretary Ben Carson, who tweeted “The proposed budget is focused on moving more people toward self-sufficiency through reforming rental assistance programs and moving aging public housing to more sustainable platforms.”

Sources in the administration were also quoted as saying the proposed cut fell in line with the president’s desire to increase private-sector involvement in refurbishing existing housing units and "require able-bodied individuals to shoulder more of their housing costs and provide an incentive to increase their earnings."

In the first category, for instance, he calls on Congress to “Quadruple Public Housing Capital Funding to $10 billion a year, and, once capital needs are met, get rid of the Rental Assistance Demonstration program, which allows Public Housing Authorities to convert public housing to long-term Section 8 rental assistance but there have been issues with resettling all residents after a conversion.

In the report’s conclusion, Rep. Blumenauer writes, “Every day we are confronted with new evidence of how our world is so powerfully interconnected. The climate crisis, transportation, social justice, and equity, all are interwoven with housing… While some of these elements may appear radical or dramatic, I assure you they are within our capacity and are part of the ultimate solution.”