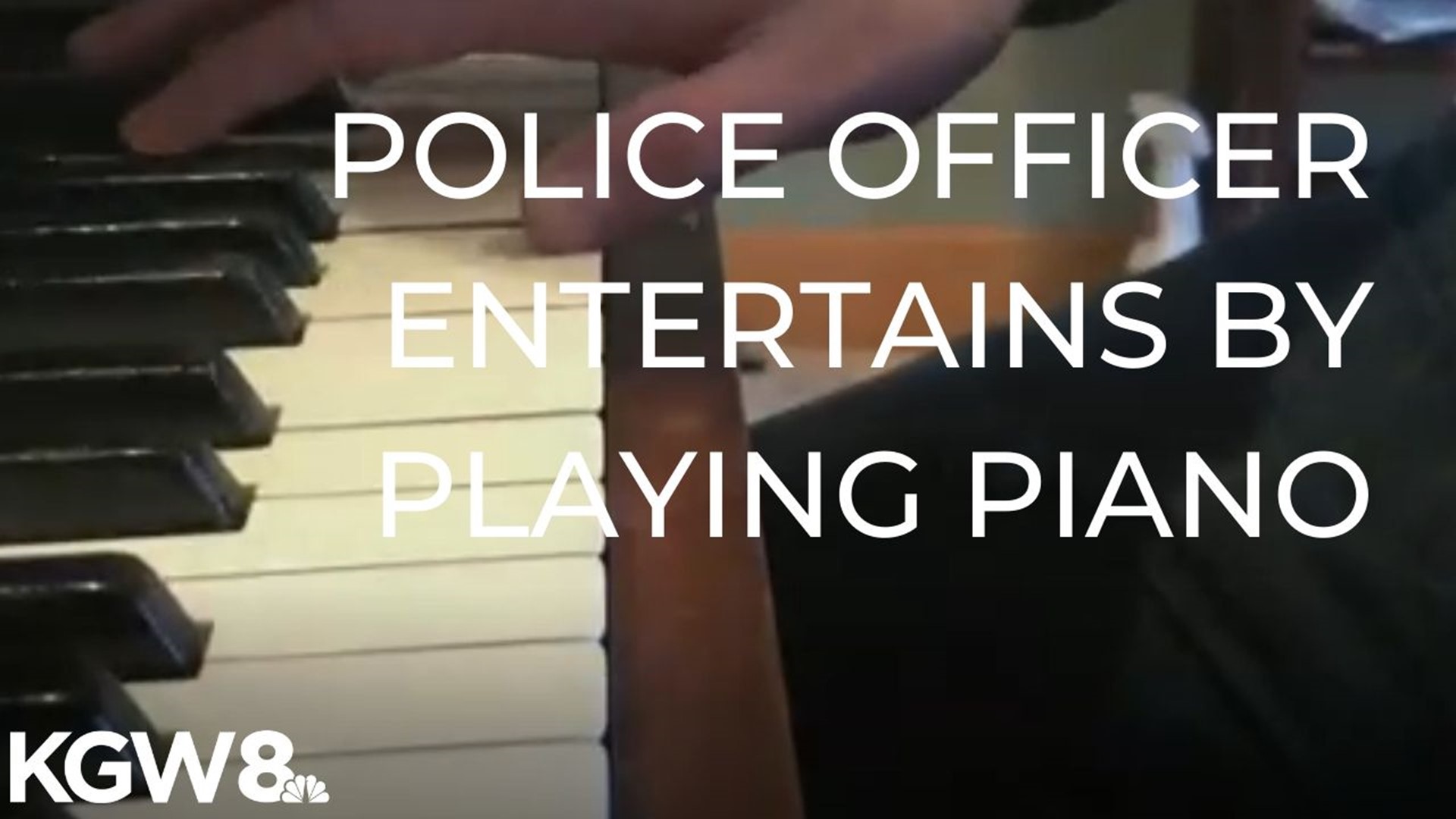 HILLSBORO, Ore. — Sitting in his music room, playing on the piano he learned to play as a child, Eric Bunday rehearses songs for his evening performances.

The Hillsboro Police Sergeant posts his performances to Facebook, as part of what he calls the “Quarantine Cover Challenge.” He plays piano and sings along to some of his favorite tunes, from performers like John Lennon and Elton John.

“This gives us the opportunity to do something unique, to use our musical abilities, to relax and to build that sense of community. It's phenomenal,” Bunday said.

He also encourages others to perform their own songs and share on social media.

“The initial video was ‘Your Song,’ which has a lot of meaning to me because that was the first popular song I learned how to play so I could sing with it.”

Bunday, who works as the Public Information Officer for his department, learned piano as a child to accompany his singing. His parents were both musicians and instilled the importance of music at an early age.

“I'm the eldest of the three kids in my family. So, when I came along, music became a huge part of my life, as it did for my sisters,” Bunday said. “Growing up, everywhere we went, it was basically the big old family singalong.”

The piano Bunday plays has been in his family for years and even survived the Spanish Flu of 1918. For Eric, it serves as a symbol of hope.

“Through that time, somebody loved that piano and that brought someone joy to help them through the most uncertain time of their lives. Here I am in 2020, and I have the ability to play this piano that has an incredible tie to the past,” Bunday said.

Bunday has been able to incorporate music into his job as a police officer. He regularly sings with the Honor Guard at memorial services and at various sporting events.

Although he considers himself a hobbyist, he hopes his Facebook performances bring happiness to people’s lives during a difficult time.

“It gives me the opportunity to spread that joy and that sense of community that comes with music,” he said.

And he hopes to inspire others to use their talents as a way to stay connected with others.

“Just because we are practicing social distancing doesn't mean we have to be socially distant. We can use our skills, abilities and talents to continue to bring joy. Whether you're a painter or a singer or a writer, we can all share those talents with people around us to bring some joy and positivity.”

RELATED: Vancouver mom who gave birth while in COVID-19 coma: 'I feel like I'm a miracle walking'