Local donation sites are slowly reopening, but with big changes

Both Goodwill and the Habitat for Humanity Restore are instituting different requirements for customers wanting to shop or donate, including masks and gloves. 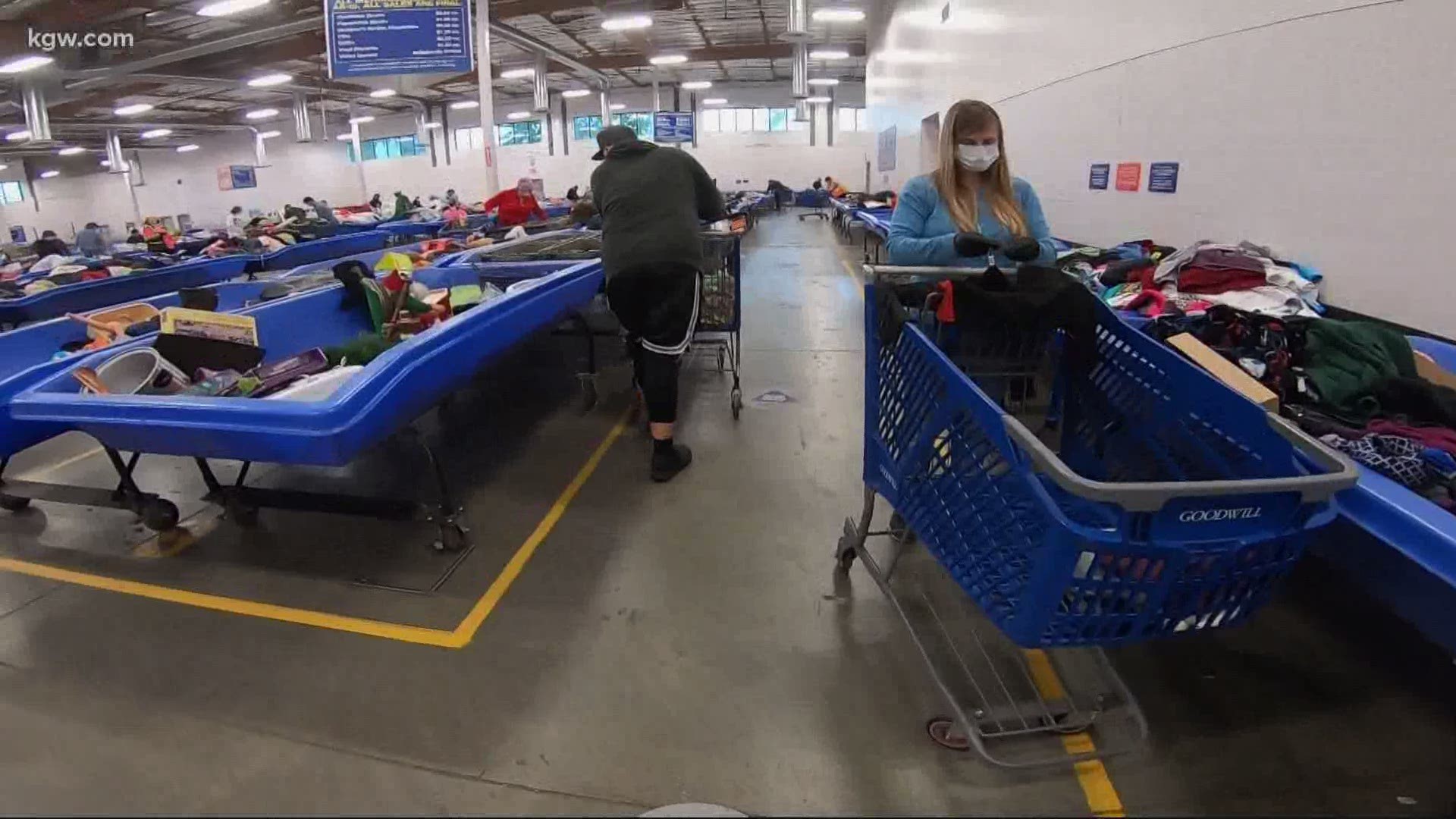 PORTLAND, Ore. — Have you been putting together a donation pile filled with clothes and items you don’t use around the house anymore? Good news: you can donate at some Portland-area Goodwill stores now.

In just the last couple of weeks, a dozen Goodwill stores have reopened after shutting down in late March because of the COVID-19 pandemic. Now, the stores are going to have different requirements for customers before they can even walk inside.

One of the new requirements is that Goodwill employees won’t be able to grab donation items from your car, and customers are required to wear a mask or face covering along with gloves, too. If you don’t, you won’t be allowed inside, said Goodwill spokesperson Dale Emanuel.

Go here for a list of open Goodwill stores.

The Goodwill near Portland International Airport opened back up last week, and over the weekend lines of cars were spilling out to the street.

And it isn’t just local Goodwill stores that are seeing a surge in customers once again.

Habitat for Humanity’s Restore in Southeast Portland recently opened back up, and it has been seeing customers coming in who have been waiting to complete projects around the house. The Restore has made changes as well, allowing only 15 customers inside the store at one time.

Tap here for a list of open Restore locations

Manager Phil Geriscott said it’s great to be back open, even if it looks and feels different.

“We're taking cash away to minimize the exchange of things from hands to hands, [and] we are not assisting with loading at this time," said Geriscott.

He hopes these changes will protect his staff and his customers.

RELATED: New app matches your mask, PPE donations to hospitals in most need