The mural highlights many parts of Portland's culture and history that you might not typically find in tourist guides. 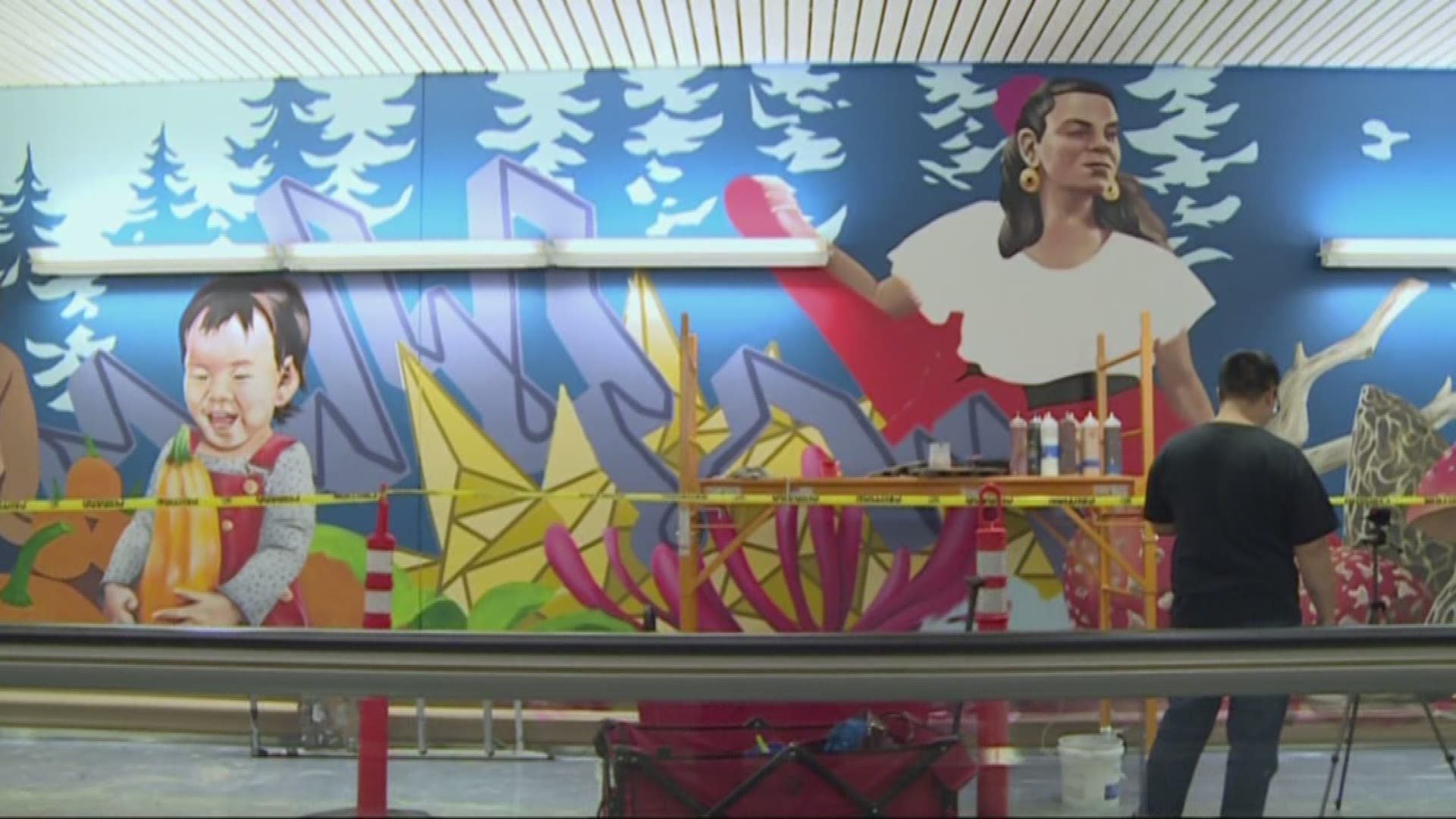 The mural highlights many parts of Portland's culture and history that you wouldn’t typically find in tourist guides. It features portraits of several people including jazz musician Norman Sylvester, Native American elder Ed Edmo, and a group of children in a photo taken from the Vanport cultural archives. The Port of Portland's vision for the project was to reflect how different communities in Portland feel a sense of home.

“It's amazing to see [the mural] unfold and to see the details come in,” said Lise Harwin, with the Port of Portland’s communications team. “It adds a beauty to a space in the airport that wasn't necessarily all that beautiful.”

The Port of Portland commissioned artists from Portland Street Art Alliance to help them realize their vision. The nonprofit helps bring art to public spaces around town.

“It's not every day you see a mural being painted in in airport,” said PSAA executive director, Tiffany Conklin. Conklin said they began planning the mural in March, and sought feedback from local cultural and minority organizations. Artists Alex Chiu and Jeremy Nichols started painting the mural in mid-September and hope to finish it by the end of October.

“It's great to have the opportunity to do a piece of art so publicly and also something that speaks to the history and culture of Portland,” said Chiu.

The artists said they drew inspiration for the mural from their own experiences as Portlanders.

“Think of home,” said Nichols. “Think of Portland, of what it is.”