'Livin' in the Light': Onry's latest project is about being happy in your own skin

Onry's art career is racing ahead after video of his national anthem duet at PSU went viral. He’s released a new music video, "Livin' in the Light." 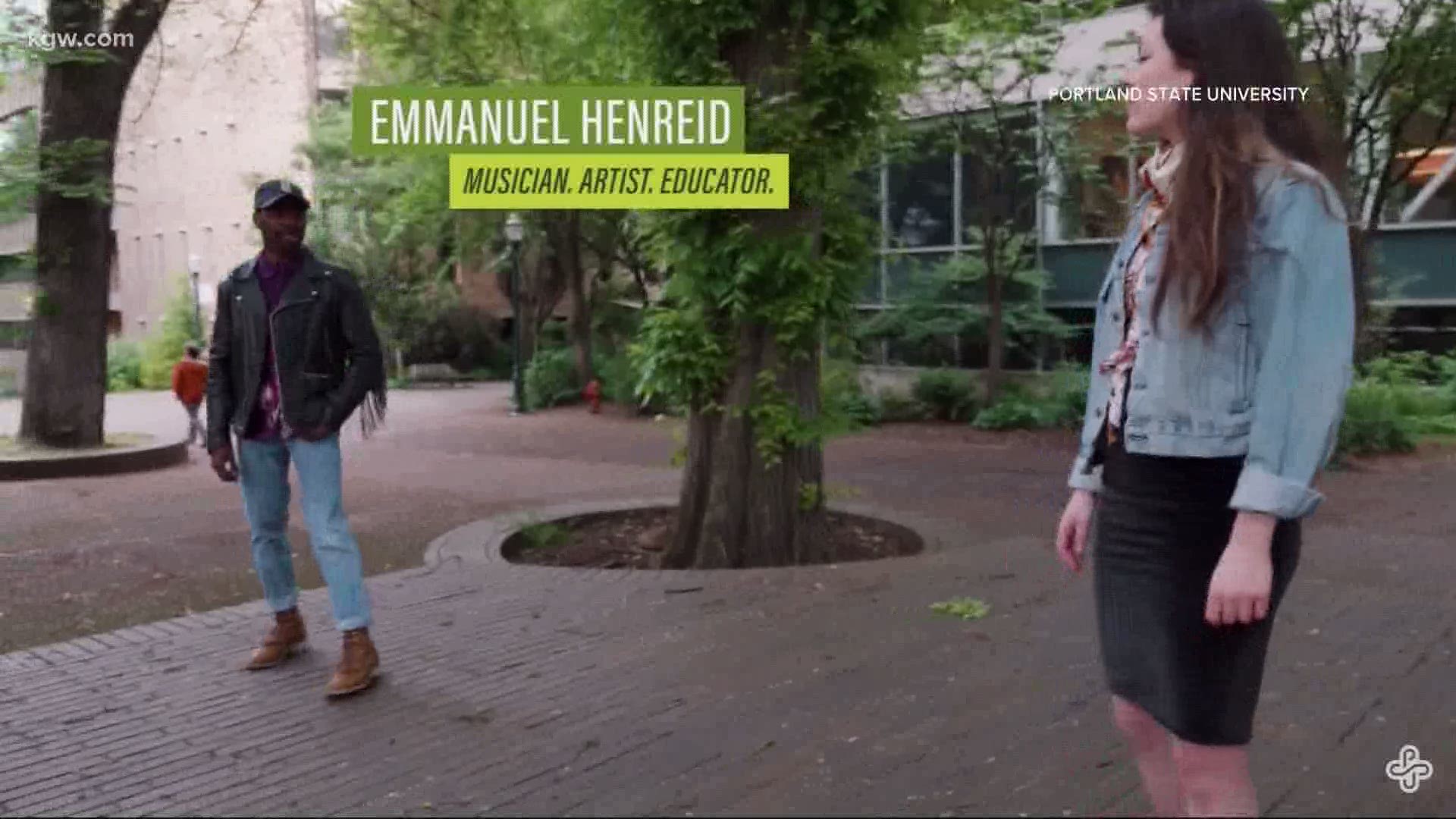 PORTLAND, Ore. — You might remember a viral moment captured on the campus of Portland State University in May. Graduating senior Madisen Hallberg was in the Park Blocks, singing the national anthem in front of rolling cameras for the school’s virtual commencement.

Portland musician and professional opera singer Emmanuel “Onry” Henreid was walking by and asked if he could join. The resulting video got national attention and since then, Onry says he’s done over 50 interviews.

The story gave proof of the beauty when different voices come together.

Now Onry’s music and art are racing ahead. His newly released music video, “Livin’ in the Light” is part of a larger documentary and E.P. project. The song itself reflects much of his own personal story.

“It’s simply a song that is a declaration of finding oneself in one’s voice and saying, ‘See me,” Onry said. “I think that it comes with a certain form of acceptance and love that we have for ourselves. And once we can love ourselves, we can finally show others that same love and respect.”

When Onry was 10 years old, his father passed away. It led him to close off and become silent, but found music to be his therapy and discovered his voice. One day, while walking alone to his church, an aggressive dog approached him, knocking over the fence that separated them.

Onry bellowed for the dog to stop, and it did.

“That moment helped me realize that there was something living inside of me, this big voice, and perhaps this power that was outside of myself,” he said. “That experience from a child and experiencing, encountering that dog, almost being attacked and using my voice also translates to using my voice now during this racial climate that we’re experiencing at this very moment.”

“Livin’ in the Light” is about being content in your own skin, choosing not to live up to others or their thoughts of you. It’s a message that resonates across races and classes.

“This is a beautiful story that should be told, and it’s very timely,” said Onry.

We all want to be seen and valued, and Onry is using his gift bring attention to it, encouraging everyone to live in their own light.

“It’s not only sound, it’s this sound that also commands attention, reverence, healing, peace, and, unity…and it also has to be beautiful.”

To help Onry with his Livin’ in the Light project, visit his GoFundMe page.