"Today is a glorious day. I am so blessed to be able to give this gift to Lines for Life to help other people who are suffering from mental health crisis," said Anne Naito-Campbell. 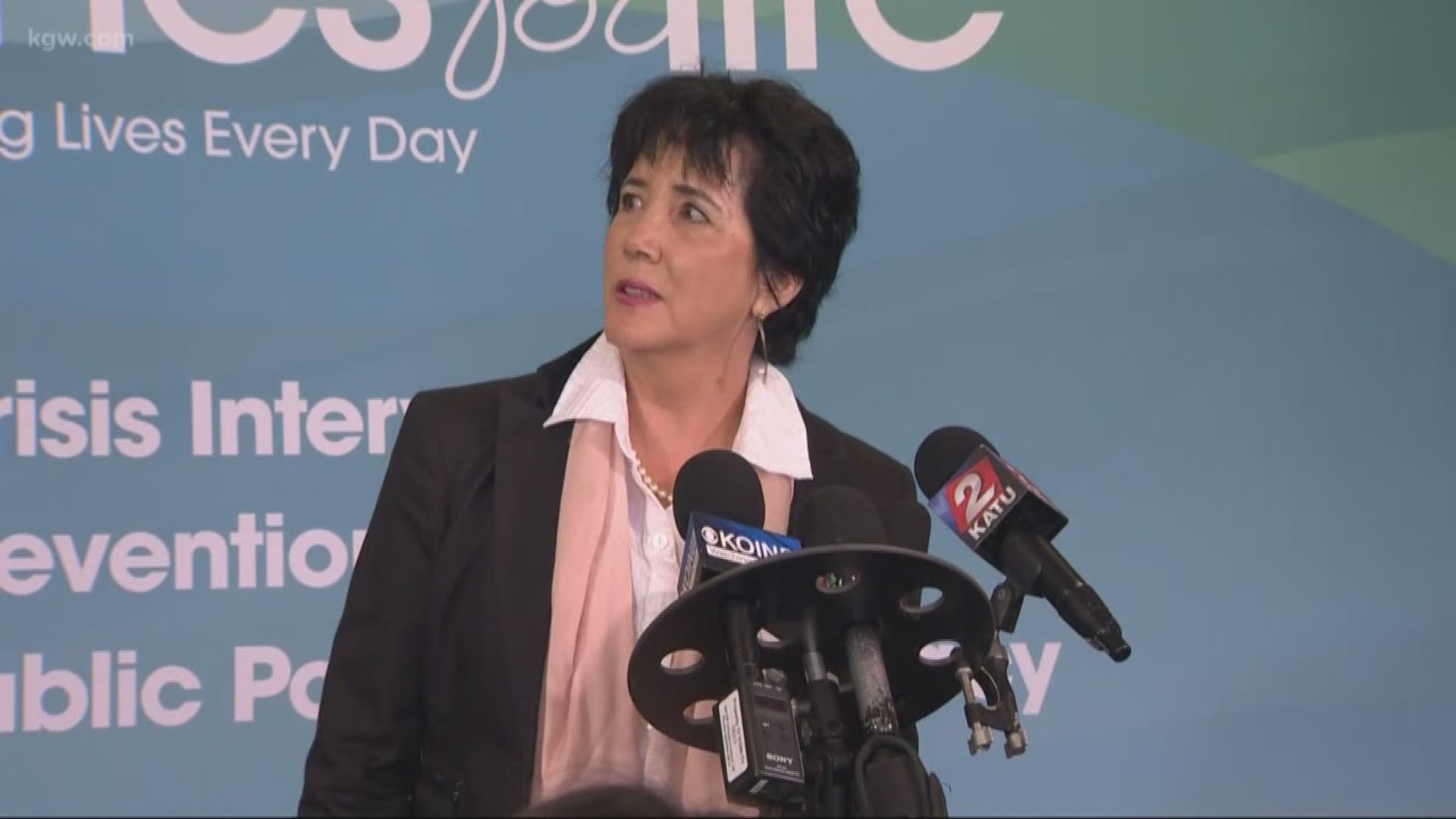 PORTLAND, Ore. — Lines for Life, a nonprofit working to prevent suicide and substance abuse, received a $1 million endowment from a prominent Portland family on Friday.

"Today is a glorious day. I am so blessed to be able to give this gift to Lines for Life to help other people who are suffering from mental health crisis," said Naito-Campbell.

"103 years ago my grandfather came to Portland from Japan and opened Naito Japanese Goods,” said Anne Naito-Campbell. “Today, my brother, my cousins and I are continuing the legacy my grandfather and my father began. With the sale of two of Portland’s greatest landmarks: Montgomery Park and the Galleria, we will be investing in Lines for Life to make lasting and important change in promoting mental wellness in Oregon."

The $1 million investment will kickstart an endowment protecting and preserving the longevity of the organization, Holton said.

“Lines for Life is a valuable partner in our fight against mental health stigma and suicide, and we look forward to working together to make sure the Naito investment helps Oregonians for generations to come,” said Wheeler.

The Centers for Disease Control and Prevention reports the national suicide rate is at a 50-year high, climbing 33% since 1999. It's estimated 25,000 Americans died by suicide in 2016 alone.

Oregon’s suicide rate is 40% higher than the national average. In 2017, 825 people died by suicide in Oregon, Wheeler said.

Lines for Life says for every one suicide, 280 people consider it and do not go through with it. The organization de-escalates over 95% of its crisis calls. Last year they took more than 110,000 calls, texts and emails.

Next week KGW will join more than 30 newsrooms from around the state in an unprecedented, weeklong reporting collaboration to shed light on suicide and its effect on the community. The project, known as "Breaking the Silence," will run from April 7 to 14 and involve newspapers, TV stations and student media organizations from across Oregon.

RELATED: Oregon newsrooms team up to 'break silence' around suicide

Over the next week, KGW will have several stories focused on various aspects of the suicide issue in Oregon. Our coverage will begin this weekend with Straight Talk with Laural Porter. Holton and Emily Moser, Lines for Life YouthLine crisis line director, will be guests on the show, which airs at 6:30 p.m. Saturday, April 6, and 6:30 p.m. Sunday, April 7.