Lifting of COVID-19 restrictions in Oregon a relief for many

It’s been more than a year since the pandemic began. In that time, many restaurants, hotels and other businesses have struggled to survive. 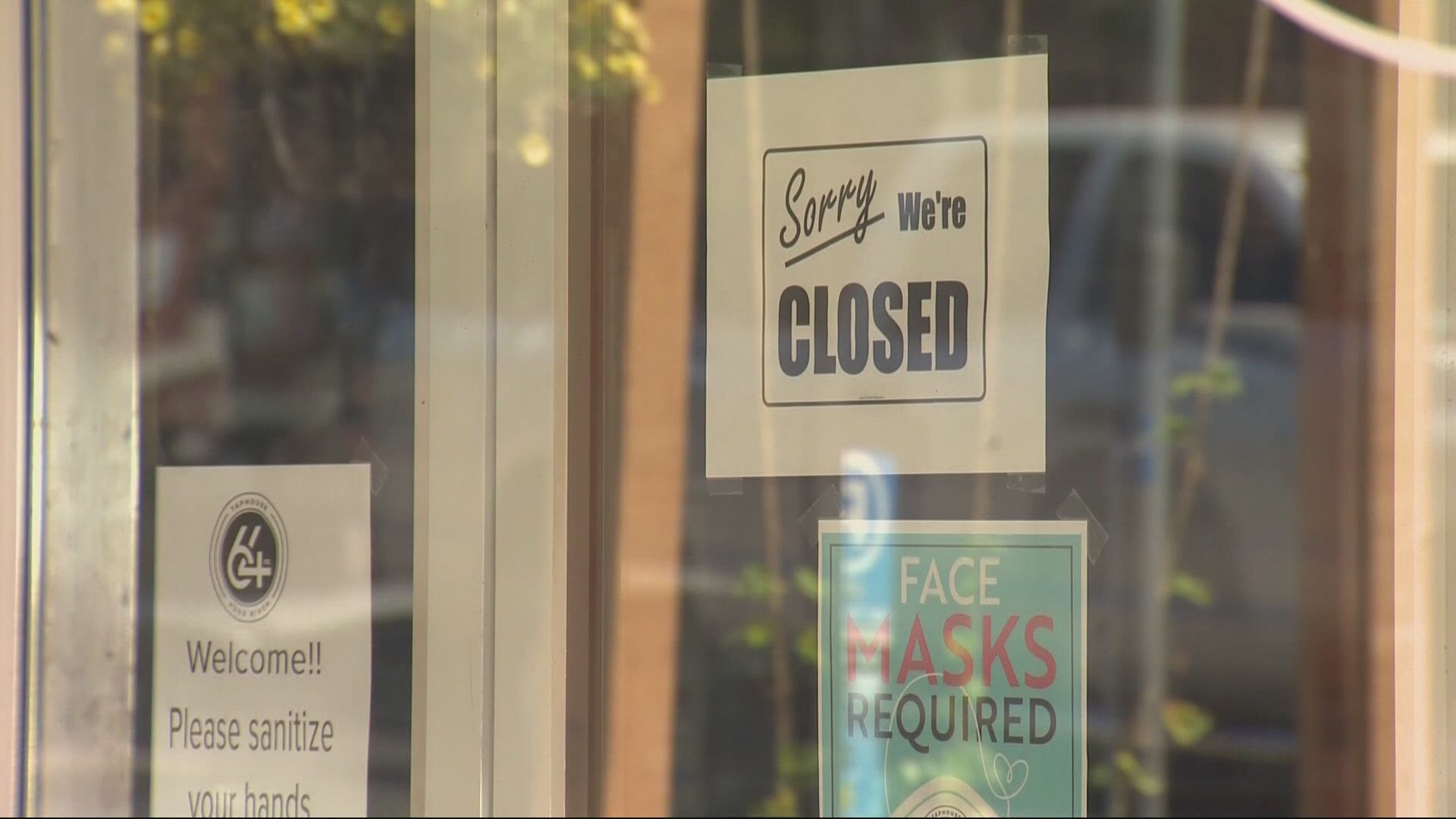 PORTLAND, Ore. — Oregon Gov. Kate Brown’s announcement Friday that COVID-19 restrictions will be lifted by June 30 will have a big impact on the service and hospitality industry, which has taken a huge hit during the pandemic. It’s been more than a year since the pandemic began and in that time many restaurants, hotels, and other businesses have struggled to survive.

“We still have hotels that are closed right now in Portland. I don’t think people realize that,” said Jason Brandt, CEO of the Oregon Restaurant and Lodging Association.

The restaurant and food industry in particular has taken a blow in Portland.

“We have unfortunately lost over 1,400 physical locations that you could have showed up to before the pandemic started, so that’s a huge loss,” Brandt said.

Brandt said news of the governor’s announcement was a relief.

RELATED: 'It's about getting people down here': Downtown Portland restaurants reopen, look ahead

Miles Eshaia, the communications director for United Food and Commercial Workers (UFCW) Local 555, which represents local grocery workers, said it’s time restrictions are lifted. Eshaia said at this point, many grocery workers have had the opportunity to get vaccinated and dropping the mask mandate may mean workers will have fewer awkward or sometimes dangerous encounters with unmasked customers, something that has been seen across the country.

“Workplace safety is one of the most important things for our people and the mask mandate at this point, with the way the state has been handling it, if it goes away, it’ll probably make our workers safer in terms of customer interactions,” said Eshaia.

King said they are excited, especially for restaurants that are around their businesses. She said at both Sarah J. Handmade and Paloma Clothing they’re taking things day by day and keeping their immunocompromised customers who haven’t been able to get the vaccine in mind.

“We want them to be comfortable as well, so we’ll probably ask people to keep wearing masks in the future,” said King.

While the general sentiment is relief and excitement, Brandt said there’s still concern around staffing issues. He said many Oregonians are still getting state and federal unemployment benefits and may be less inclined to accept job offers during a time many establishments are looking for workers.

“There’s far too many Oregonians sitting on the sidelines and we want to be compassionate for those dealing with childcare issues, that have legitimate issues that are keeping them from accepting that job offer, it’s important to be there for those Oregonians. But at the same time we know we’ve got a group of Oregonians out there that we need to make that extra effort to accept that job,” Brandt said.

Brandt said the lifting of restrictions should go hand-in-hand with addressing issues regarding workforce access. He said as long as there’s competition between unemployment benefits and accepting a job offer, there will be concern about staffing among those in the restaurant and lodging industry. Brandt hopes the state will tackle the issue soon so restaurants and other establishments will be able to increase the customers they’re able to serve and get the help they need to keep customer satisfaction and standards high.

“Adding those tables back or reducing the physical distancing that’s already in place doesn’t make sense because they don’t have enough bodies to handle that extra demand,” Brandt said.

He said at this point, he anticipates a “slow creep toward expanding seating capacity indoors” that will increase as more people begin to accept job offers. Brandt said, for the hard-hit restaurant and lodging industry, it’s going to be a slow recovery.

“But better times are ahead, and I think that’s worth focusing on right now,” said Brandt.