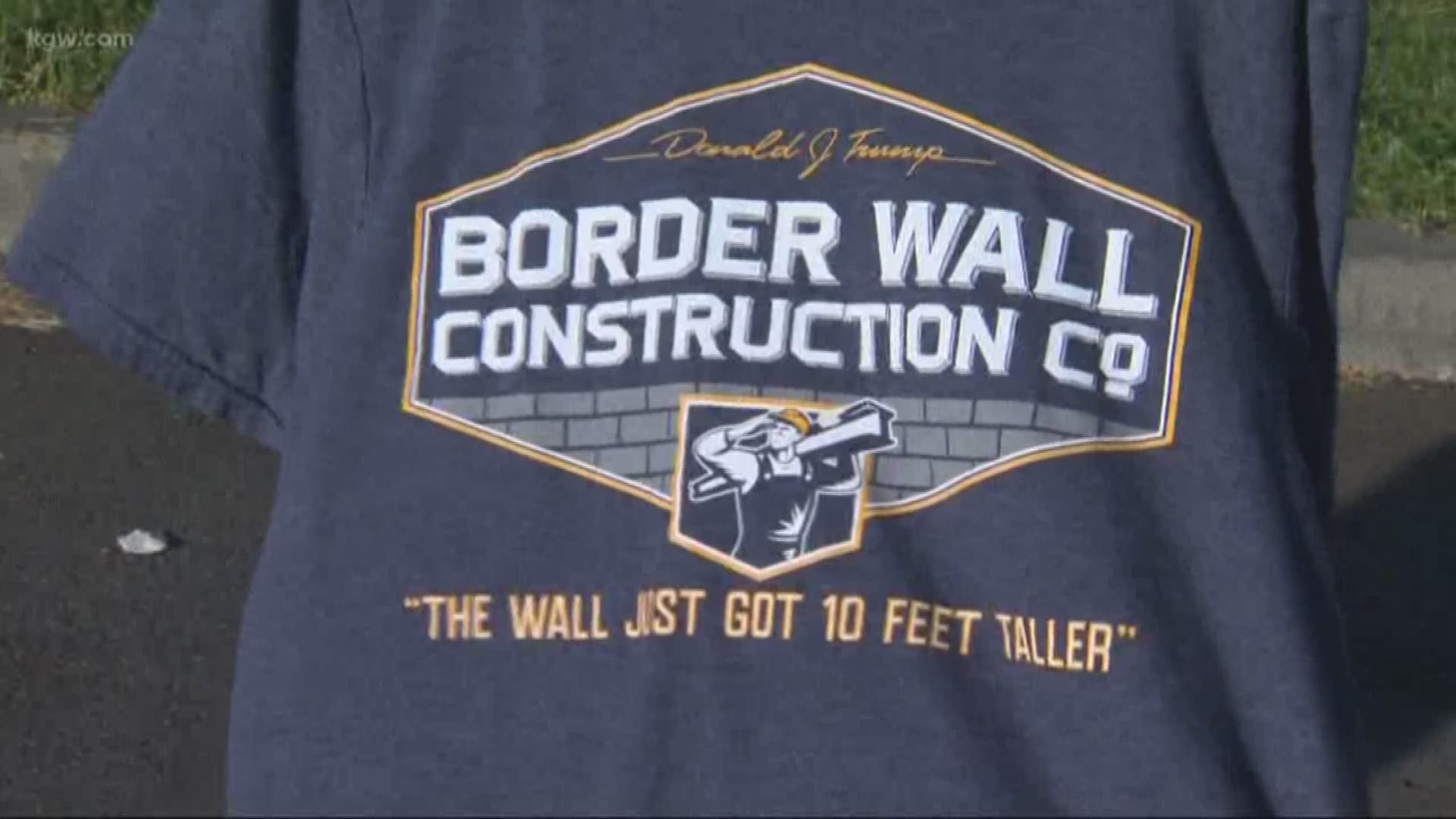 HILLSBORO, Ore. — A Liberty High School student filed a lawsuit against his school, contending his First Amendment rights were violated after an assistant principal made him cover up a political T-shirt he was wearing or face suspension.

Senior Addison Barnes wore the shirt to his People and Politics class last January. He said he knew they would be discussing immigration that day.

“The T-shirt was just a representation of my political beliefs,” Barnes said.

Some who noticed the pro-border wall shirt took offense to it.

“This school is very Latino-populated,” said senior Mark Guzman. “[The shirt] offended a lot of people. In the hall, kids would ask me if I'd seen it.”

Barnes said his school tolerated other political views without issue.

“I had a teacher who had a pro-sanctuary city poster in her room which was up all year,” Barnes said, “yet as I wear a pro-border wall shirt I get silenced and suspended for wearing that.”

Barnes said after two students and a teacher complained about his shirt, an assistant principal pulled him out of the classroom.

“She gave me the option to cover the shirt or get sent home,” recalled Barnes, who initially decided to cover his shirt with a jacket before changing his mind.

“I thought to myself, 'You know this isn't right, this is my First Amendment right to be able to wear this shirt,' ” Barnes said. “So I took off the jacket and the assistant principal had seen that and sent for a security guard to escort me out of class.”

Barnes went home and the school treated his absence as a suspension for defiance. Last week Barnes filed a lawsuit against Liberty High school for nominal damages.

The school's dress code, which bars clothing with disruptive phrases — was not grounds for what happened to Barnes, McLane said.

“He was told he offended them but that's a far cry from being disruptive and it is certainly a far cry from violating school policy, let alone what is clearly First Amendment free speech law,” said McLane.

In a statement to KGW, a district spokesperson wrote, "we are still reviewing this lawsuit and respectfully decline the opportunity to comment at this time."

KGW reached out to ACLU of Oregon for its perspective on the case. Legal Director Mat dos Santos sent the following statement:

"The school clearly crossed the line when it required a student to remove a T-shirt that voiced support for Donald Trump's border wall or face a suspension. This shirt is mean spirited, but it isn't a "disturbance" under First Amendment case law.

It is disappointing that Liberty High School decided to censor the student instead of inviting the student body to discuss immigration, the freedom of speech, and the impacts of xenophobic rhetoric. Schools have a responsibility to teach our youth how to engage in thoughtful conversations about difficult and potentially offensive subject matters. Censorship doesn’t work and often just elevates the subject the government is trying to silence.”

Barnes said regardless of the lawsuit’s outcome, he would continue to hold onto his views and the right to wear clothing that reflects that.

“It's my political belief, plain and simple,” Barnes said.

Below is the Hillsboro School District dress code:

A complete dress code can be found in the Standards of Student Conduct. However, the following general guidelines should be followed and dress/grooming should never interfere with anyone’s right to learn and teach in a safe and professional environment. In short, students should dress for success every day!