The lawsuit claims The Heights at Columbia Knoll did not do enough to make sure a woman with dementia was safe during the June heat wave. She died in her apartment. 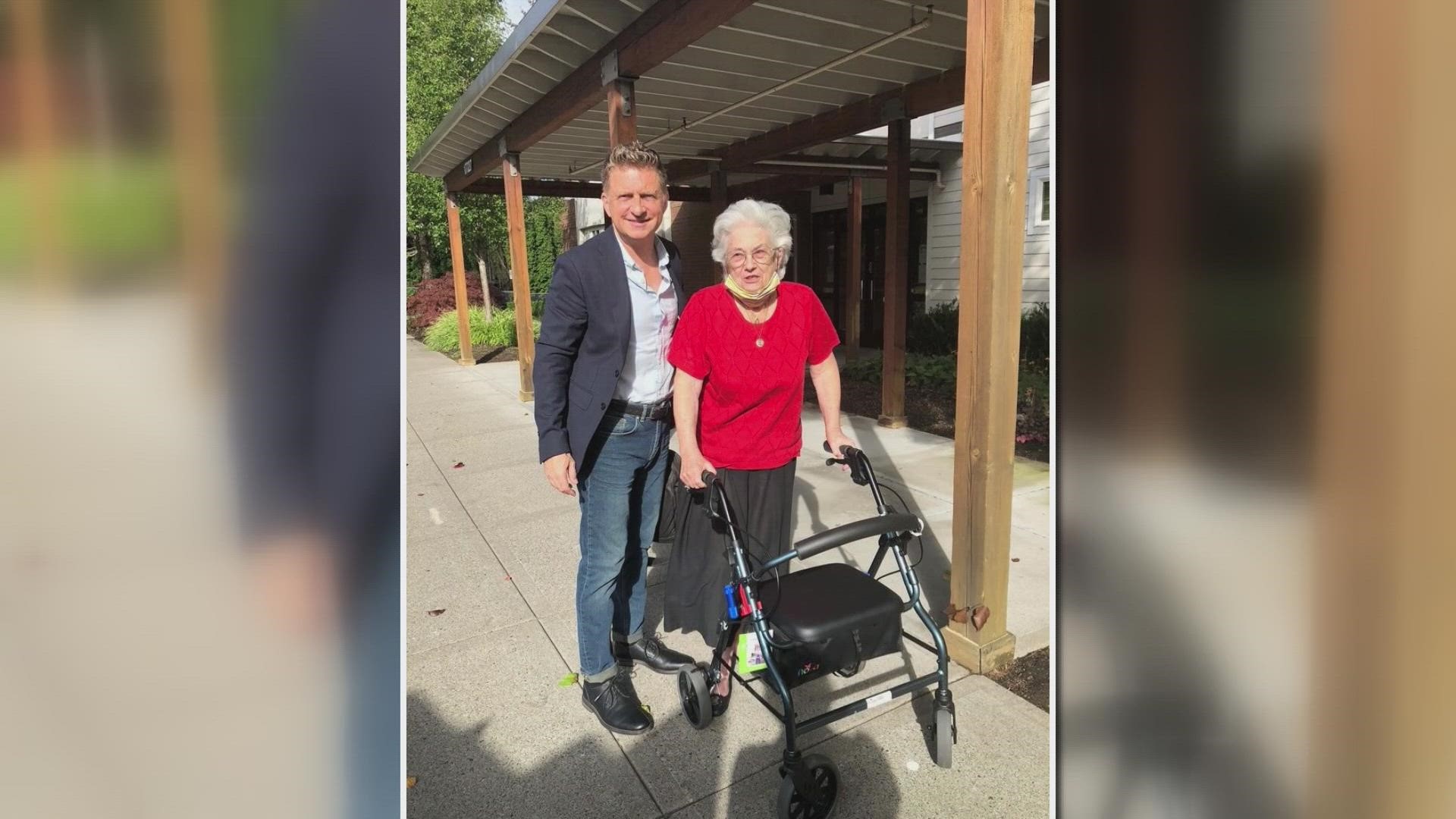 PORTLAND, Ore. — The son of a woman who died of hyperthermia in her apartment during the June extreme heat wave is filing a lawsuit against the owner of the apartment complex, claiming staff negligence led to his mother's death.

According to the lawsuit, Charlotte Iverson lived at The Heights at Columbia Knoll in Northeast Portland, in a fourth-floor, west-facing apartment. The lawsuit says Iverson was developing dementia and suffered from memory impairment, poor awareness and confusion, and often had staff assist her with care tasks. She also had an in-home caregiver who visited twice a week.

Prior to the heat wave, the suit says The Heights was aware of Iverson's declining cognitive abilities. Around two weeks before she died, Iverson's son Royce Iverson noticed she was forgetting to eat dinner in the cafeteria, so staff began delivering meals to Iverson's doorstep. At the time, there was a lapse in her in-home care after her caregiver quit, which the lawsuit says The Heights was also aware of.

Credit: Iverson family
Charlotte Iverson lived at The Heights at Columbia Knoll in Northeast Portland. She died in her apartment June 28, 2021 during Portland's heat wave.

Ahead of the predicted heat dome in late June, the lawsuit claims The Heights printed a memo for residents about the extreme heat warning, detailing how to find alternative housing and encouraging residents to keep windows closed during the day and crack open apartment doors to allow cool air from the air-conditioned hallways to enter apartments. The lawsuit claims Iverson and many other fourth-floor residents did not receive the memo, despite their top-floor apartments being the most likely to become intolerably hot.

RELATED: Study finds link between racist housing policies of the past, heat exposure in the Northwest

During the heat wave, the central air conditioning at The Heights failed to cool hallways and common areas, which ended up rising to 98 to 100 degrees Fahrenheit indoors, the lawsuit says. The majority of senior living apartments did not have individual air conditioning units, according to the lawsuit.

On June 28 — when Portland temperatures rose to an all-time record temperature of 116 degrees — Portland police responded at around 8:30 p.m. to the apartment complex after a neighbor found another resident dead from hyperthermia in his apartment. According to the lawsuit, police pointed out the temperature in the fourth-floor hallway was "extremely hot." Officers noticed Iverson's dinner tray was still sitting untouched on her doorstep, and asked a manager whether she had checked on the resident in that apartment. The lawsuit claims the manager responded, "No. Why? Should I?"

The suit argues The Heights was negligent in its failure to ensure Iverson was safe and understood the dangers of the heat, failure to contact her son and failure to keep working HVAC systems that would properly cool the building's common areas. The lawsuit also alleges that negligence constitutes elder abuse.