In the last week of March, Portland Police stopped 4 drivers going 100 miles an hour over the speed limit 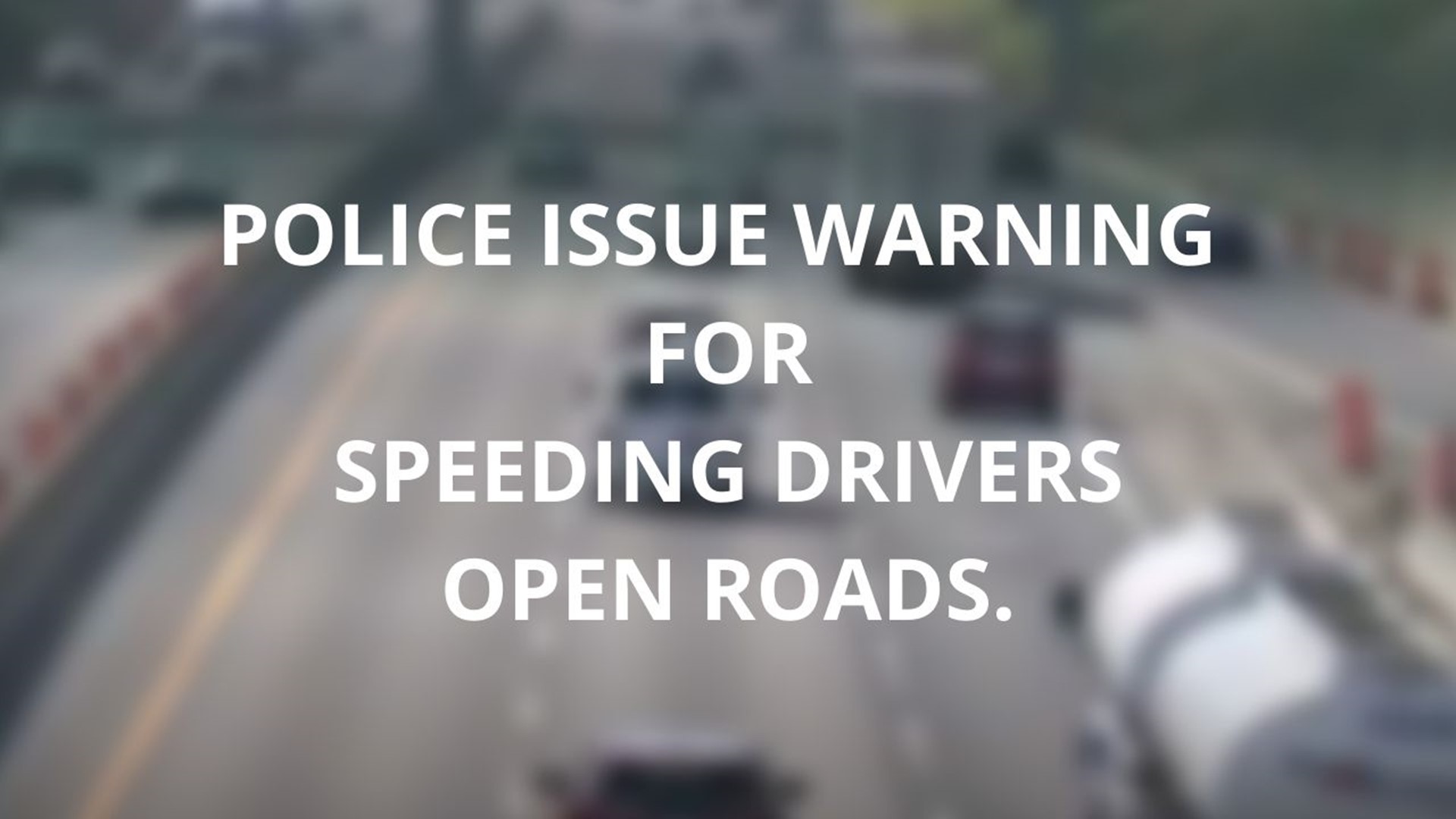 PORTLAND, Ore. — With more people laid off or working from home these days, the amount of drivers on freeways and roads has dropped dramatically. The open roads have become a sort of a race track for some.

"It's ridiculous. These are just going up and it seems like it just keeps getting worse and worse."

The Washington County Sheriff's Office tweeted out this photo on Monday that shows one deputy stopped a total of 12 drivers going at least 80 miles an hour in a 55 miles an hour zone. One driver was clocked going 111 and given an $1,150 fine.

"It's extremely selfish to be driving this fast and be putting someone else's life in danger," said DiPietro.

WCSO isn't the only agency seeing an increase in speeding drivers.

"For about the last two and half weeks, it's been a speedway out on the highways," Portland Police traffic sergeant Bret Barnum said.

Barnum says they are trying to give warnings to drivers when possible because he says they recognize some might be anxious during this crisis and they also don't want to overload the court system, which is closed down.

"We need that give back, which is follow the speed limit. Stay within that five mph of the speed limit and you'll be fine and those folks around you will be safer."

Both sergeants say they are hearing a similar excuse from drivers when they are pulled over.

RELATED: Doctor given N95 face masks by Minnesota trooper who pulled her over for speeding