Roughly half of those cleared from Laurelhurst Park homeless camp went into shelters and motels, officials say

Officials began tallying up the numbers before crews cleared the camp last Thursday. Social service providers had been out, telling people resources are available. 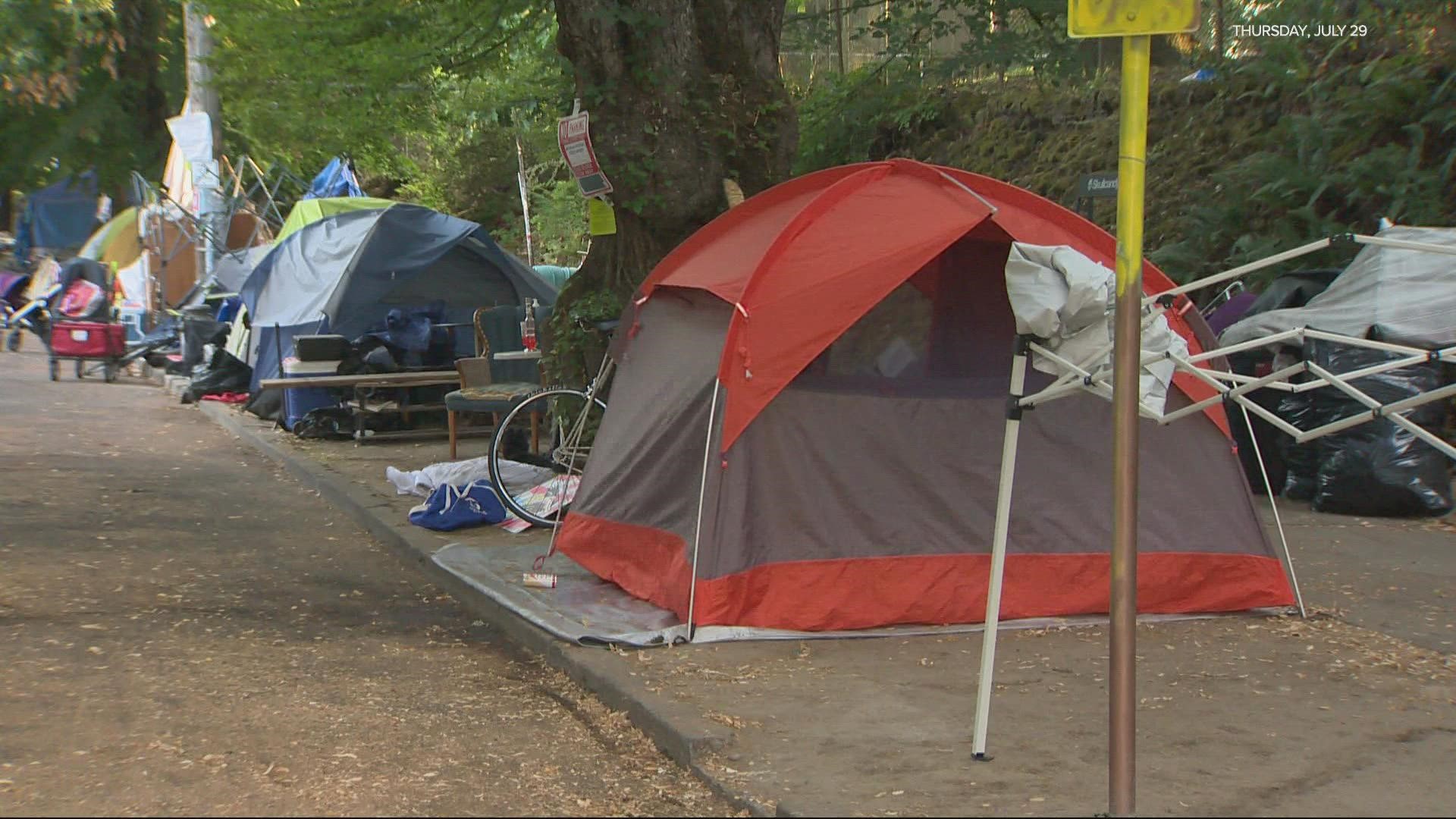 PORTLAND, Ore. — One week after crews, contracted by the city, cleared an estimated 60 people from a large, long-standing homeless camp along Southeast Portland’s Laurelhurst Park, city and county officials said roughly half of them went into temporary housing.

Of those, eight accepted beds in local shelters. Nineteen moved into motel rooms, paid for by government vouchers — an option officials started using more during the COVID-19 pandemic. The rest, officials believe, are now camping elsewhere on Portland’s streets.

“I mean, it's not everyone [in the camp],” said Denis Theriault, spokesman for the Joint Office of Homeless Services. “And that's not uncommon.”

Officials began tallying up the numbers even before crews cleared the camp last Thursday. In an interview Thursday, Theriault noted social service providers had been out, letting people know resources are available, which is standard practice before camps are cleared. Many who declined, he said, talked about the shortage of long-term affordable housing, meaning they didn't want to move to a shelter if there was nowhere for them to go next.

RELATED: After months of buildup, city of Portland moves in to clear homeless camp at Laurelhurst Park

“Then there are going to be some folks who might've taken up an offer to go to something like C3PO or something like the safe, outdoor rest villages that [Portland Housing] Commissioner [Dan] Ryan's office is going to be starting,” Theriault said. “We want to create a system that offers as many entrees for as many people as possible.”

Indeed, the city plans to open six "Safe Rest Villages," where people can camp legally, by the end of the year. They haven’t named exact locations yet.

Last week's removal of the camp came after months of build-up. Neighbors had said the situation was chaotic. They'd reported fires, fights and break-ins.

Meanwhile, last fall activists set up shop around the park, arguing the practice of clearing camps amid a pandemic and a housing crisis is inhumane.

The last government count, conducted in January 2019, showed more than 2,000 people were living on the streets of Multnomah County. While there’s no new data to corroborate their theory, officials and social service providers believe that number has risen since the pandemic began.

City officials largely halted clearing camps during the pandemic, a practice that has slowly picked back up again in recent months. This week, crews cleared 11 camps total, Willamette Week reported.

Last Thursday, police kept protesters back while crews worked and campers packed up their things.

“We have to relocate and start over,” Kelli Harvey said, as she gathered her tent and belongings last week. “You know, these sweeps just take us back a few steps.”

This week, multiple neighbors reached out to KGW, noting sidewalks along Laurelhurst Park remain cleared of tents but sectioned off by orange construction fencing. They also said that fencing had become a focal point for, they believe, activists. Wednesday afternoon, a small group of people, dressed as construction workers, came to the neighborhood and knocked down the city's fencing.

A neighbor, who wished to remain anonymous, sent KGW photos they'd taken, showing people removing the fence. One photo appeared to show a group loading the fencing into a white truck.

Thursday afternoon Heather Hafer, public information officer for the city’s Office of Management and Finance, told KGW via email, "The people who took down the fencing around Laurelhurst park yesterday were not city employees."

She added crews had been dispatched to repair the fence. 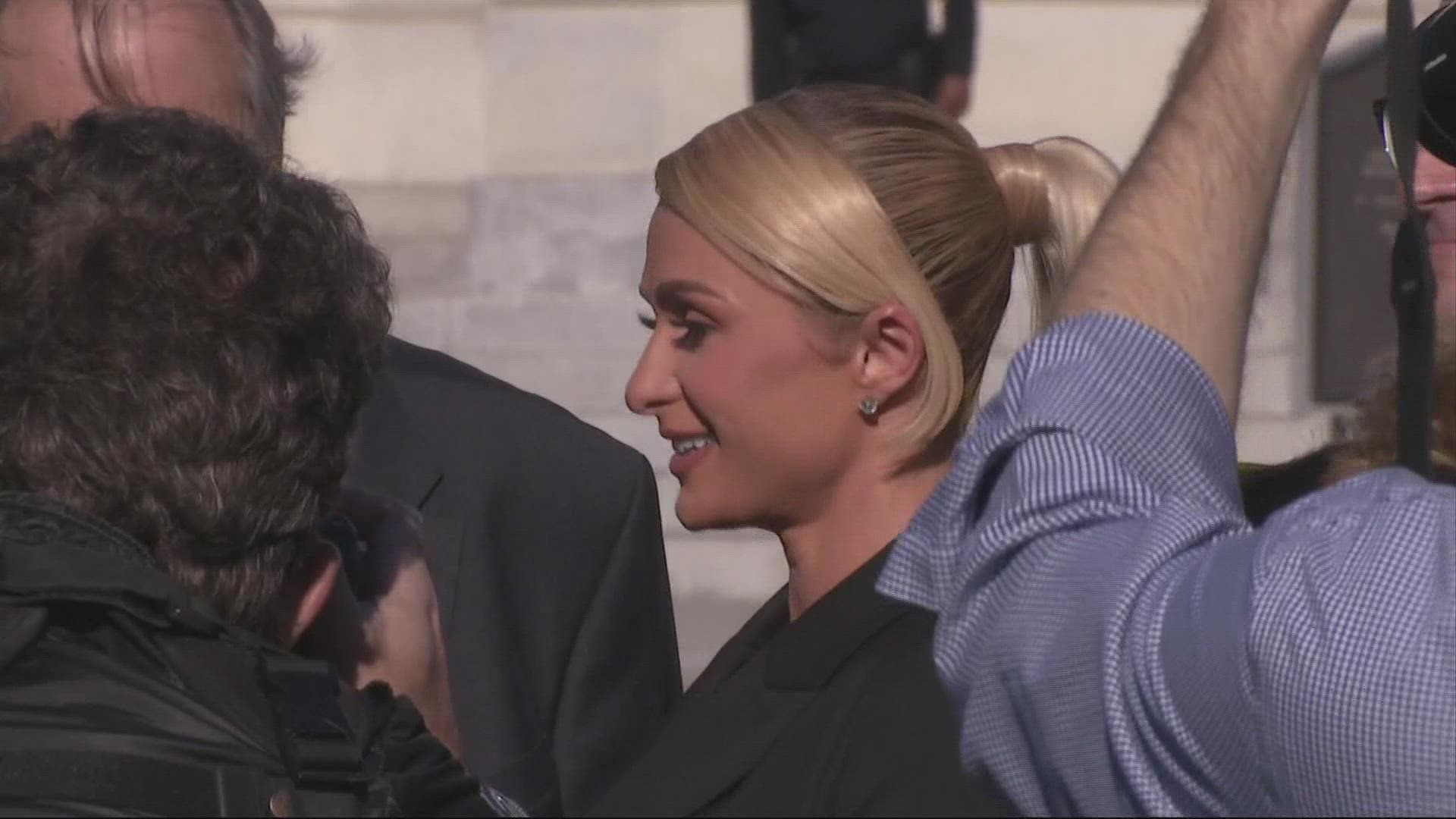