Latino US citizen says ICE profiled him in confrontation outside courthouse

"Racial profiling is the main reason they targeted me. I'm a U.S. citizen. Do they know that? No. They did what they did because they thought I was an illegal immigrant." 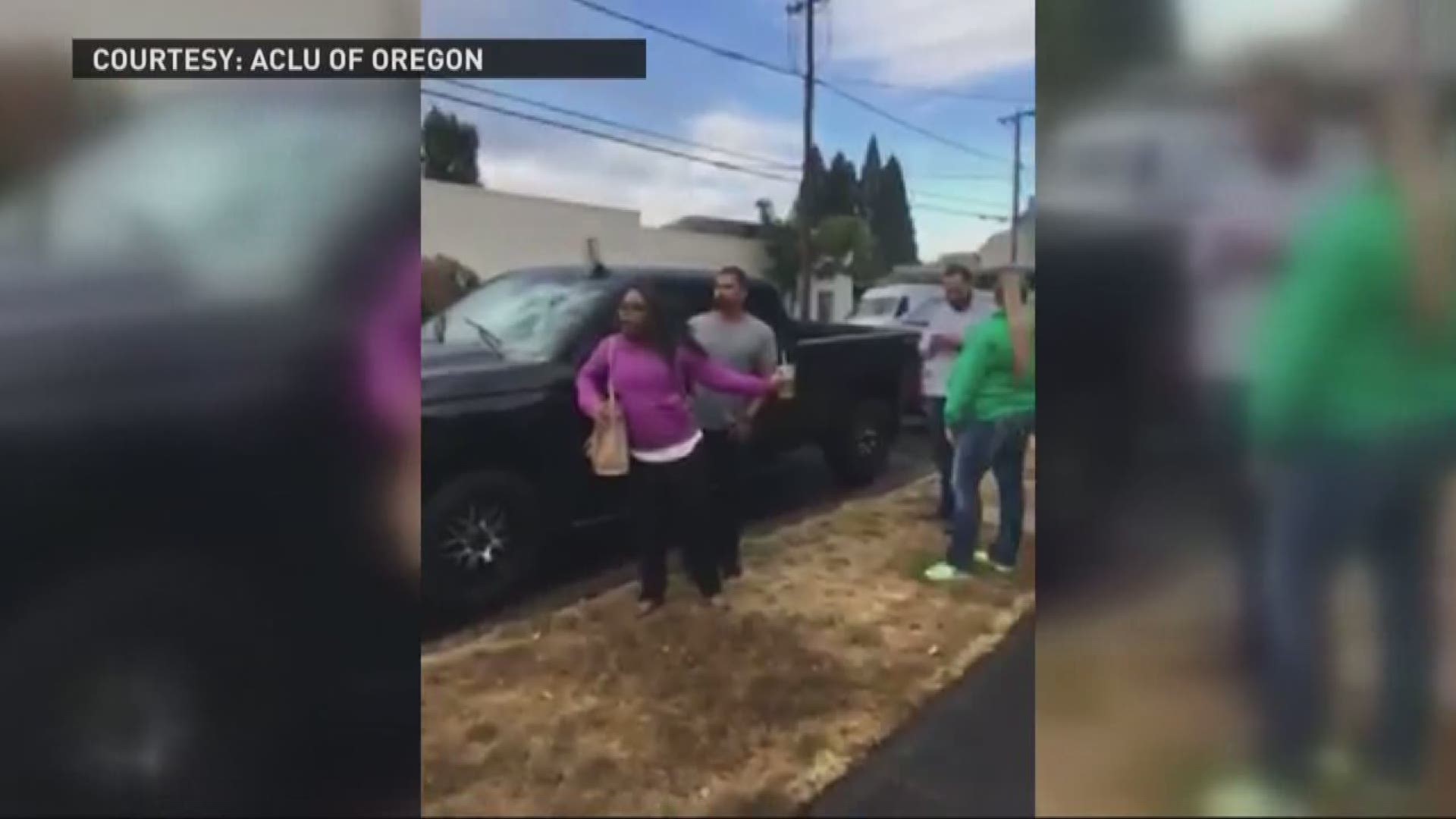 HILLSBORO, Ore. -- A Forest Grove man said he was questioned by U.S. Immigration and Customs Enforcement agents, just for being Latino.

“It's horrible, humiliation, discrimination in every sense of the word,” said Isidro Andrade-Tafolla, a U.S. citizen.

On Monday, Andrade-Tafolla, 46, was accompanying his wife after she appeared in Washington County Court in Hillsboro. Andrade-Tafolla said a group of people followed them outside the courthouse and approached him.

A volunteer with the ACLU caught the confrontation on camera. It showed the group asking Andrade-Tafolla for his name and identification, while refusing to identify themselves. Andrade-Tafolla said they only showed him a picture of a person they thought was him.

“The lady said, ‘Well I have this photo of you,’” recalled Andrade-Tafolla. “I said, ‘So what? I'm questioning who are you! Why do you need my information?’”

It turned out the group was comprised of ICE agents. In a statement to KGW, ICE spokesperson Virginia Kice, described the scenario.

“In this instance, our officers went to a specific location seeking a particular individual and interacted with someone whom they believed resembled our arrest target,” said Kice. “It turned out the man was not the target and no further action was taken."

Kice said ICE agents are required to identify themselves if they're on official duty, but that they did not have to broadcast who they were in situations in which they felt they might be in danger.

Andrade-Tafolla said the interaction felt like more than just a case of mistaken identity.

“Racial profiling is the main reason they targeted me,” said Andrade-Tafolla. “I'm a U.S. citizen. Do they know that? No. They did what they did because they thought I was an illegal immigrant.”

Civil rights advocates said what happened on Monday is far from resolved.

“[ICE] is just out of control, picking up anyone who looks Latino,” said ACLU Oregon spokeswoman Sarah Armstrong. “It's a big problem and it's time that ICE got out of courthouses in Oregon.”

In April, Oregon's Chief Justice Thomas Balmer, asked ICE to stop targeting courthouses for illegal immigrants. Since then, the ACLU has documented continued arrests around courthouses, which they fear will scare some people from going to court.

“This really just tears at the trust we need for our courts and our law enforcement system to work,” said Armstrong.

Andrade-Tafolla took it a step further.

“What they did here is nothing American,” he said.

Andrade-Tafolla still has his U.S. citizenship certificate, which he received in 1996. It means a lot to him, which he said just adds to the pain of Monday’s experience.

“It's wrong,” said Andrade-Tafolla. “My fear is, this happened to me being a U.S. citizen. I have kids that have brown skin color. Are they going to go through this, too?”

On Wednesday, Oregon lawmakers Earl Blumenauer and Suzanne Bonamici sent a letter to ICE asking why agents didn't identify themselves to Andrade-Tafolla.

“At minimum,” they wrote, “we hope that your agency sees fit to apologize to Mr. Andrade-Tafolla for this mistreatment.”