Officials say there is no danger for the buildings nearby, but people in the area may want to close their windows. 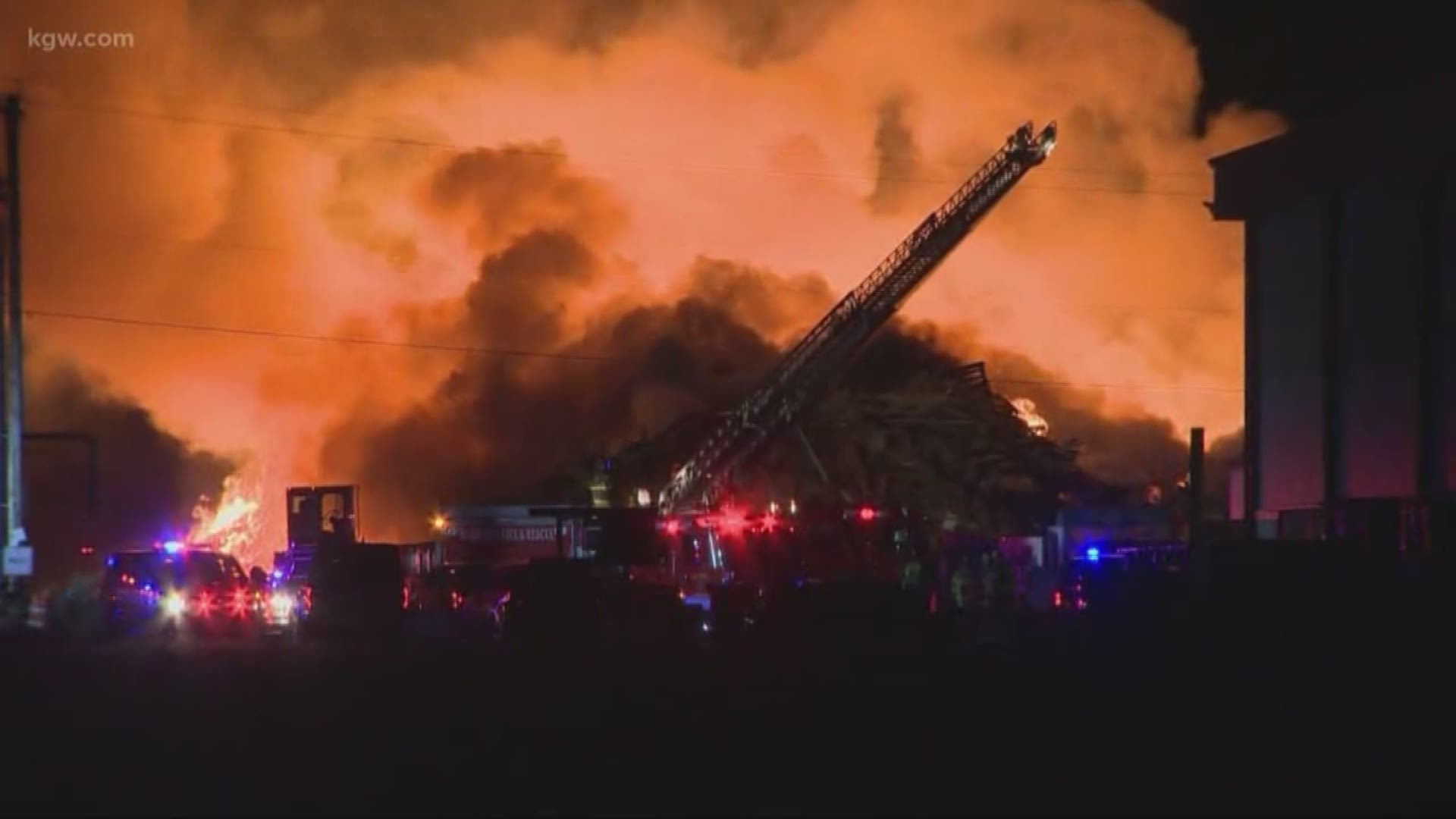 Tualatin Valley Fire & Rescue said the fire first began in a wood chip pile at around 8:30 p.m. at 3205 SE Minter Bridge Rd. Wind then blew embers into a scrap wood pile, where the embers sparked into the flames that lit up the night sky, according to Lt. Brandon Pratt with Tualatin Valley Fire & Rescue. Witnesses reported flames were 100 feet high.

TVF&R said no buildings were damaged.

The cause of the fire has not been determined.