“We work for that day when weapons of destruction are transformed into instruments of healing and hope,” said Lucas before work began to destroy the gun. 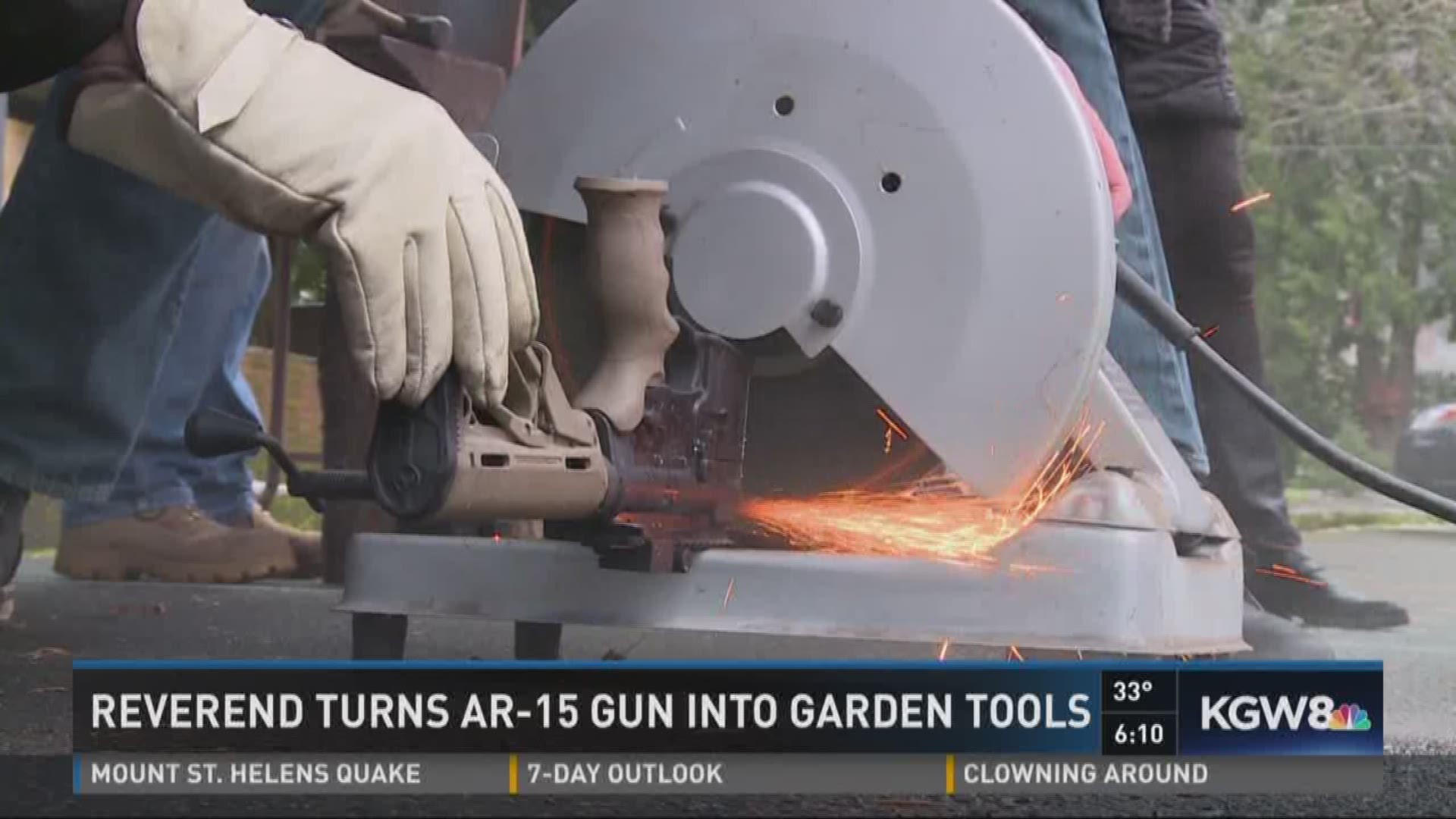 PORTLAND, Ore. -- As Reverend Jeremy Lucas and others sang hymns at Christ Church Episcopal in Lake Oswego, an AR-15 rifle on the ground nearby faced a new fate.

On Friday, the gun was turned into something you might not expect: garden tools.

“We work for that day when weapons of destruction are transformed into instruments of healing and hope,” said Lucas before work began on destroying the gun.

Over the summer, Lucas bought about $3000 in raffle tickets to win the AR-15. A girls softball team in Gresham raffled it off to help pay for a team trip.

“I wanted to win it so that I could destroy it or turn it into something else and take it out of commission,” Lucas said.

Lucas called on Raw Tools, an organization out of Colorado, to help him dismantle the gun.

“They are going to start taking those pieces, heating them up in the forge over here and hammering them down,” he said.

“Our mission is to disarm hearts and forge peace so we turn guns into garden tools to promote non-violent practices and lifestyles,” said Mike Martin with Raw Tools.

It takes about two hours for the whole process to be complete.

Lucas’ AR-15 is expected to make two or three garden tools that Lucas said are symbolic of peace.

“It's one gun that will never be used to hurt anyone else, not intentionally, not even accidentally. This is a gun that's going to become something else,” Lucas said.

There were allegations that Lucas broke an Oregon law when he gave the gun to a friend for safekeeping. He was not charged.

Lucas said the first garden tool made will go to the Newtown Action Alliance. It's a group of families whose kids were killed during the Sandy Hook shooting in Newtown, Connecticut almost four years ago.

On December 18, Lucas said the church will participate in the Gun Sabbath Sunday program where faith communities come together to remember victims of gun violence. They will light candles for the people in Oregon who have died because of gun violence this year.

Raw Tools operates on donations. They take gun donations, turn it into a garden tool for free, then they mail the tool back to the original owner. It’s part of their Swords to Plows program.