More people are out at Lake Oswego parks this summer, but don't let your guard down

Lake Oswego Parks & Recreation has seen a big increase in people getting outdoors this summer. Park rangers are out to make sure people follow the new safety rules. 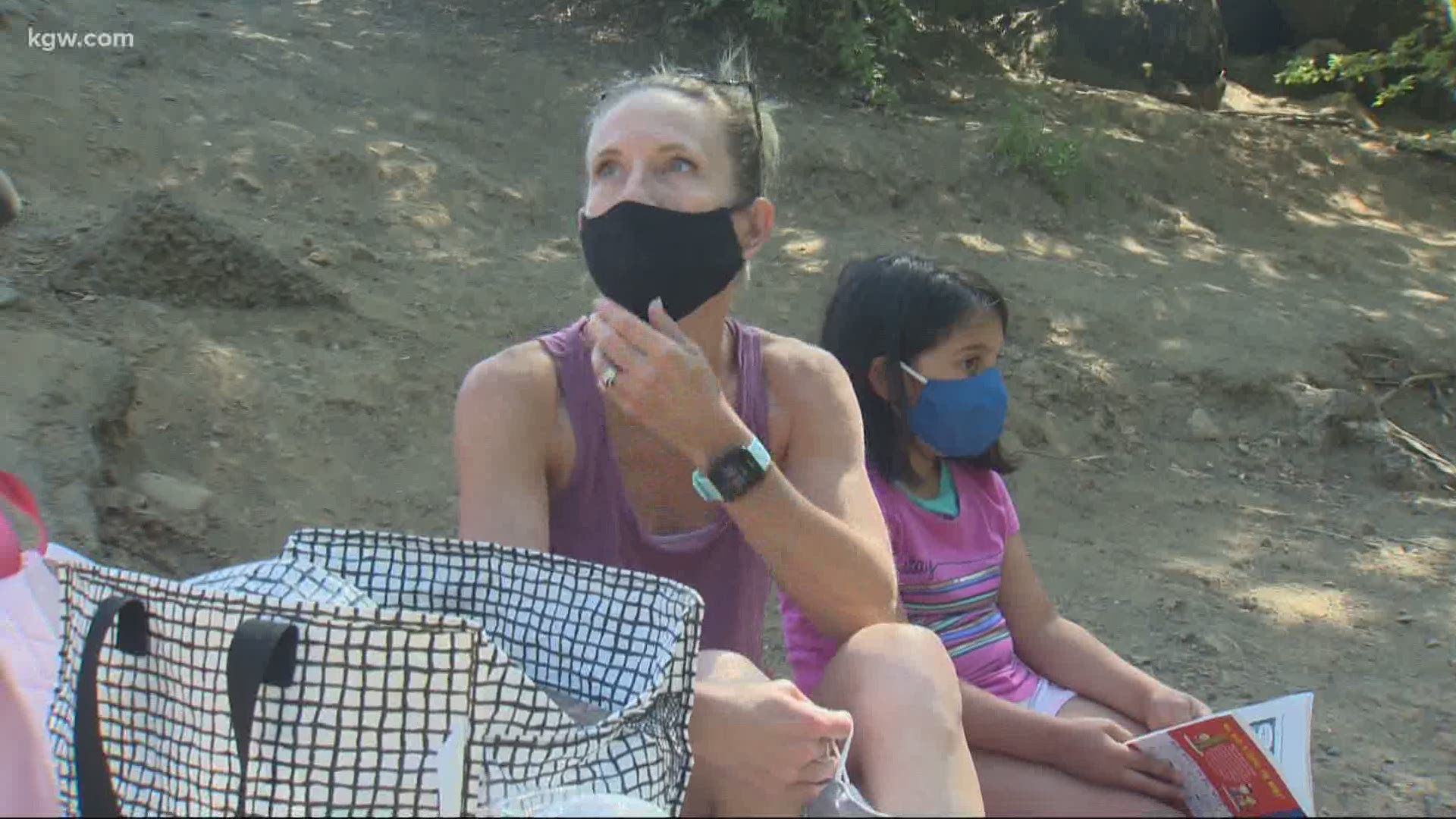 PORTLAND, Ore — For many people, this summer weather has given them the itch to head outdoors. But when you do so, it's important to stay safe, and not forget that we're still in the middle of a pandemic. The city of Lake Oswego is making sure people aren’t letting their guard down just because of the warmer temperatures.

On Monday afternoon we found nearly 100-year-old George Kent who loves being active at his age. It was three years ago he said he had to give up his favorite outdoor activities, which were tennis and downhill skiing. So instead of speeding down a mountain, now he’s taken up pickleball, and that’s the only time you’ll see him leave his house right now.

"I wear a mask and I stay away from people, I do the social distancing, and stay home," said Kent.

With sunny and warm weather the last couple of weeks, many families looked for a cool place to spend the day. George Rogers park in Lake Oswego was packed with families trying to find a little normalcy this summer, while staying safe.

"Honestly it’s very tricky, we’ve being trying to do our part, by keeping our distance, wear a mask and if we come in and feel comfortable, we’ll remove our coverings," said Erin Thekkedom. The mother of two said she makes her seven and five-year-old know that playing outdoors is completely different this year. She’s continues to talk to them about how important it is to stay away from others and to social distance.

The amount of people that have been heading out to parks along the river in Lake Oswego is staggering this year, according to Ivan Anderholm, the director of parks and recreation for the city of Lake Oswego.

"We’ve seen an increase probably in the neighborhood of three to four hundred times normally of what we’d see along the Willamette River this summer," said Anderholm.

He says they have park rangers on site to make sure people are paying attention to rules that are laid out across the state.

RELATED: Masks outdoors: Expert says wear them unless you're 15-20 feet away from people