The couple and their daughter walked to rocks overlooking the ocean when the couple was swept out to sea. The daughter was unharmed. 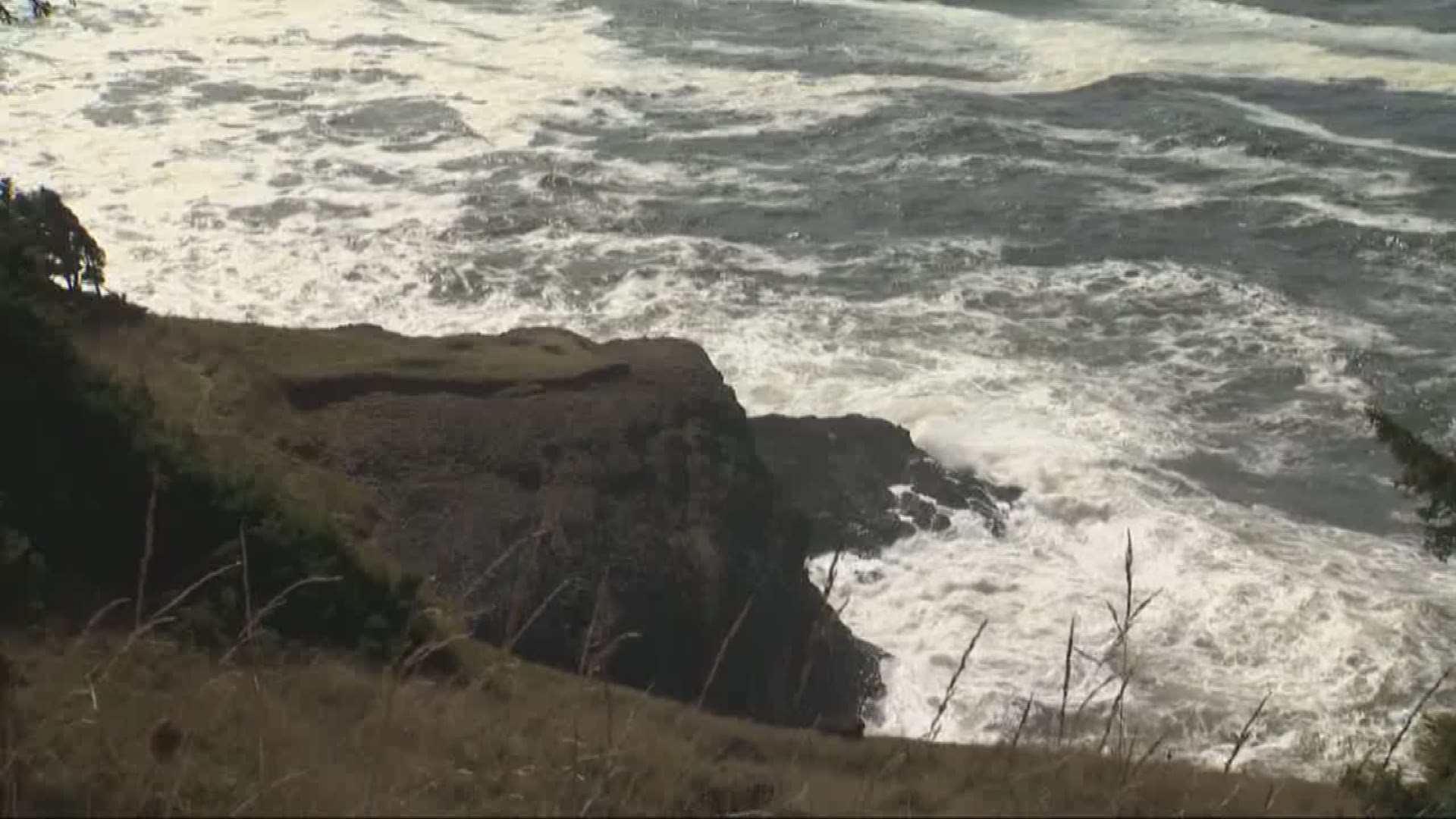 DEPOE BAY, Ore. — A husband and wife who were swept out to sea by a wave Sunday afternoon along the Oregon Coast did not survive, Oregon State Police said.

Miaochan Chen, 49, and his wife Wenjun Zhu, 41, were pronounced dead at a Newport hospital.

The couple and their 10-year-old daughter immigrated to the United States from China in July, and moved to Lake Oswego.

On Sunday afternoon, the couple, their daughter and a third adult had a picnic near the Otter Crest Loop, south of Depoe Bay. After, they took a trail down to some rocks overlooking the ocean to go fishing, according to Lt. Cary Boyd of the Oregon State Police.

After they were done fishing, the couple and the third adult stayed down at the rocks while the daughter took her fishing pole and started to walk back.

As the couple was taking a picture, a wave washed over the rocks and took the father first, Boyd said.

“The other male individual and his wife, Wenjun, had stayed down and were yelling at Miaochan to see if they could get him back up to the rocks when another wave came and took his wife out to the ocean also," Boyd said.

Oregon State Police say Miaochan Chen & his wife Wenjun Zhu were on the lower rocks of this cliff where the waves are crashing, when they were swept away into the ocean. Police say Miaochan posed for a picture for his wife holding a bucket of mussels when a wave snuck up on him. pic.twitter.com/Tot2HxPKFP

Chen and Zhu were both unresponsive when they were pulled from the ocean Sunday evening near Rocky Creek State Park, according to the Coast Guard.

The couple's daughter was not hit by the wave.

The Chinese Consulate helped notify the couple's family. The Department of Human Services in Lincoln County responded and placed their daughter into a local foster home. DHS will work with the the girl's family to place her into a permanent home, police said.

A GoFundMe has been set up to help the girl.

“Our heart really goes out to this little girl,” Boyd said. “She’s a 10-year-old little girl without a mom and dad now, in a country that she doesn’t speak very much English, and so our main concern is getting her safe and protected and getting her back to her family that can love and support her in this tragic time.”

The 10-year-old child is a sixth-grade student at Lake Oswego Junior High School.

"We send our condolences to the family and to their friends. Our first concern is for our student and her well-being," said Lake Oswego School District Superintendent Michael Musick.

Kevin Mills, the principal of Lake Oswego Junior High, said the students at the school will be informed of what happened Tuesday morning. A crisis response team will be available to students and teachers beginning at 8 a.m.

"Our hearts and prayers go out to the family for their loss," Mills said.

Boyd stressed that the ocean is unpredictable and asked people to follow three safety measures when visiting the coast.

'We just want everybody to be as safe as they can when they come and visit here," she said. "Unfortunately, almost every year we lose people to almost this exact incident."

“At the end of the day, it’s just knowing where you’re going and what you’re doing, respecting the water, respecting the area you’re in," Hinote said. "If it means you’re going to be climbing on rocks, making sure you know what the tide is doing, making sure you know what the ocean is doing. It’s never really necessarily safe to climb on rocks, but it’s something that should be taken into consideration.”