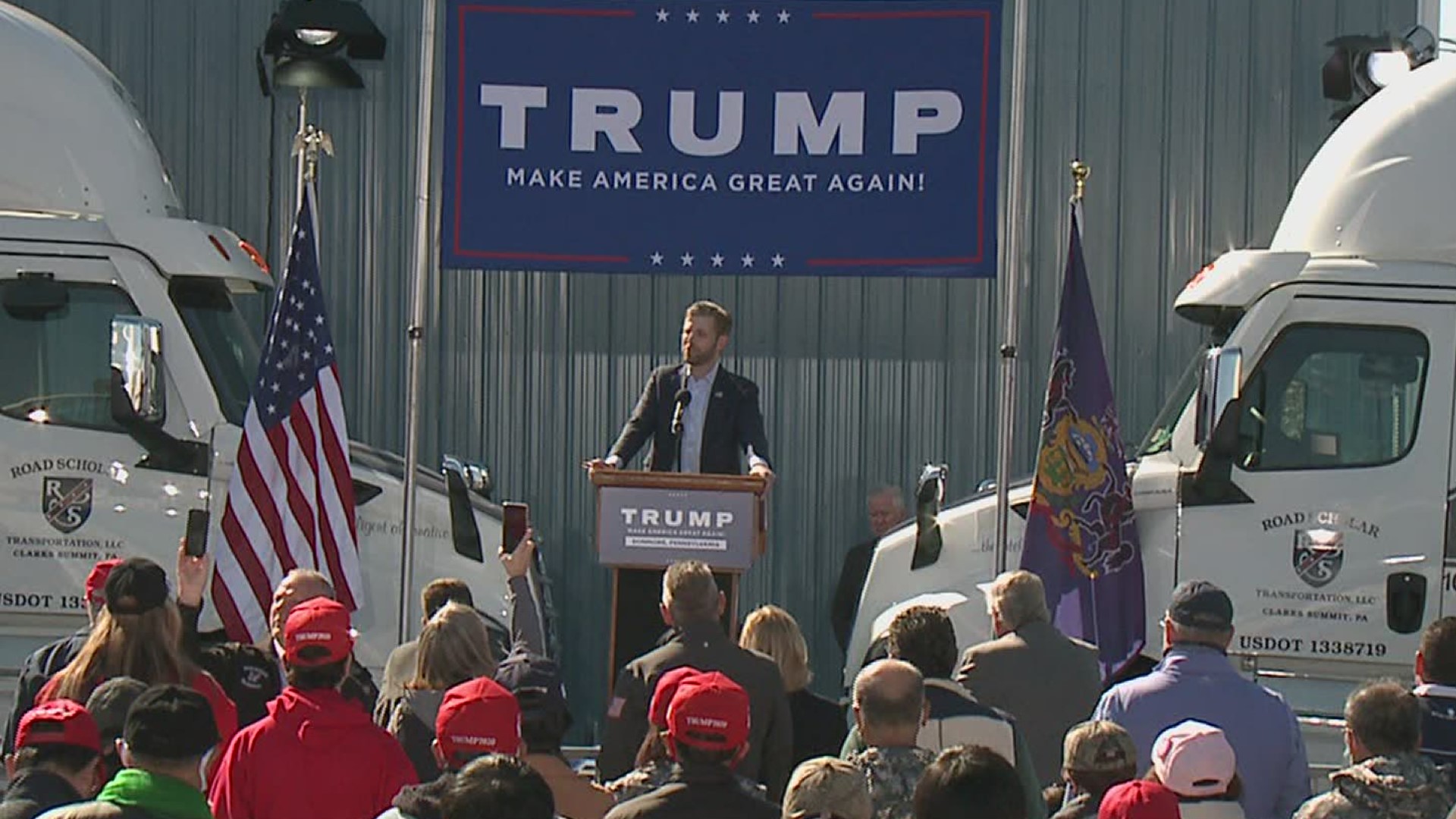 LACKAWANNA COUNTY, Pa. — President Trump's son, Eric Trump, made a pit stop to campaign for his father in our area Saturday.

Before that, he was at the Hilton in Scranton to launch the President's new campaign coalition, second chance voices for Trump.

The coalition is designed to mobilize all those impacted by President Trump's criminal justice reform.

Supporters we spoke with are excited for Election Day.

"Everybody's always looking out for each other, high energy and everyone is just excited and ready to get this over with," said Melissa Leboutillier.

There are only 17 days left until Election Day and the last day to register to vote in Pennsylvania is Monday.