Desiree Young talked about developments in the case and announced that she's writing a new book about her missing son during an emotional press conference Tuesday. 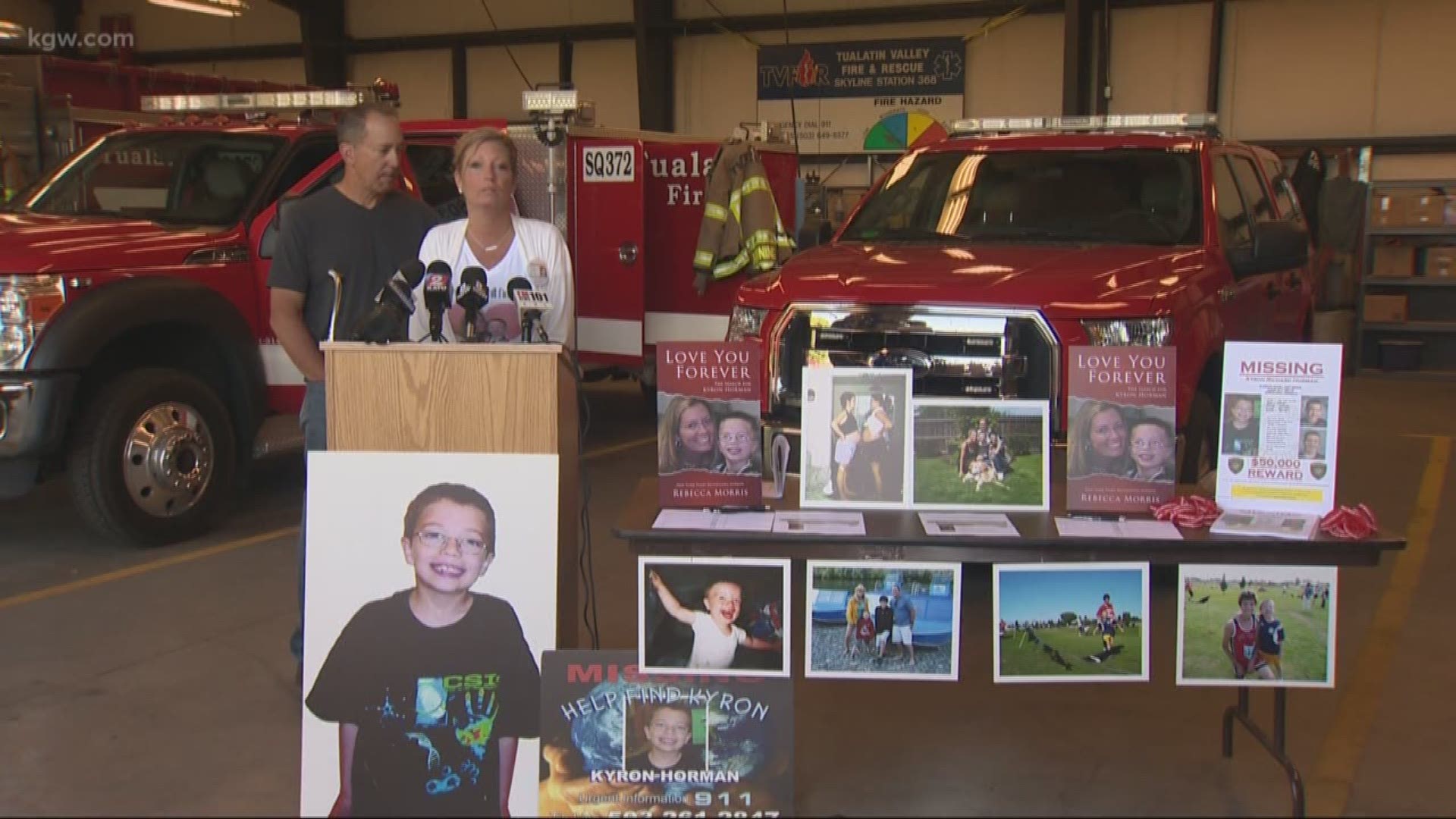 PORTLAND, Ore. — Kyron Horman's mother talked about developments in the case of her missing son and announced that she's writing a new book about him during an emotional press conference Tuesday morning.

Desiree Young spoke at Tualatin Valley Fire & Rescue Station #72 in Portland on Tuesday, the nine-year anniversary of Kyron’s disappearance from Skyline Elementary School in Portland. He was 7 years old when he disappeared on June 4, 2010. He has never been found but investigators say the case is active and ongoing.

Young said Tuesday that authorities have narrowed the search area for Horman to less than 100 acres.

"It's a huge amount of progress, with the all the searches that we've done. We've been able to get to a point, where at least I feel better," Young said. "I don't look at all those rolling hills and think, 'We're looking as far as the eye can see.' We're not. We're looking in key areas, and we've narrowed it down."

Young said she couldn't reveal where the search has centralized.

"I can't say that. Law enforcement would get very angry at me," she said.

“The case is very active,” Young told KGW. “It has been a flurry of activity.”

Young said police have "new evidence" related to computer and phone activity. She confirmed law enforcement has conducted several searches in the past nine months at undisclosed locations.

"We've got new technology," Young said. "Things are changing all the time."

Young also announced that she has been working with best-selling author Rebecca Morris to write a book about the disappearance of her son. The new book, titled "Love You Forever – The Search for Kyron Horman," will be published later this year.

A KGW investigation in 2017 revealed that the Multnomah County Sheriff's Office was coordinating ground searches and detectives were analyzing new computer evidence. A grand jury continues to hear evidence in Kyron's disappearance and has met multiple times.