Kaine Horman spoke to the media at the 8th annual Kyron's Car Show, an event that raises awareness about Kyron's case and other missing children. 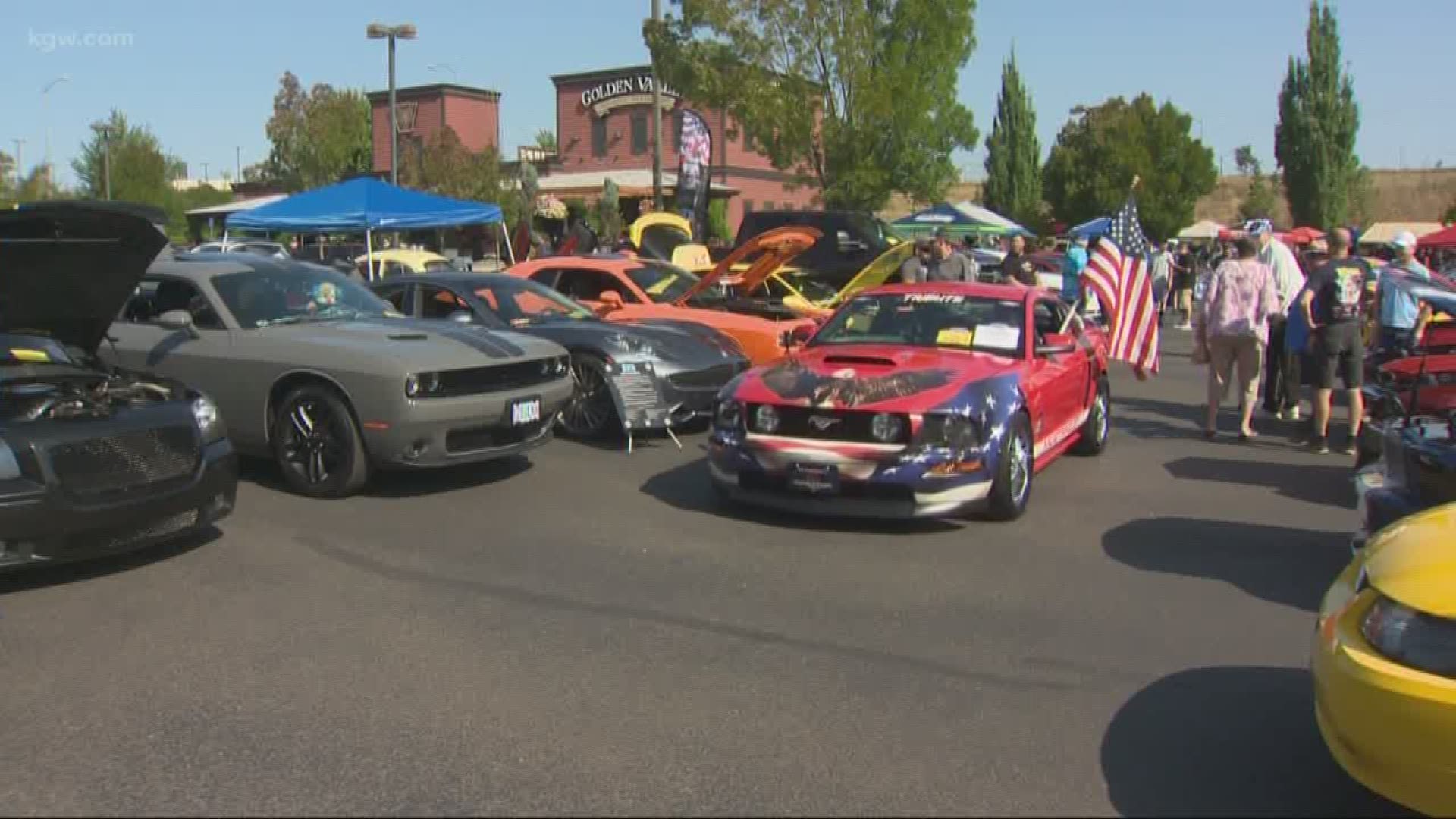 BEAVERTON, Ore. — It's been 9 years since Kyron Horman disappeared from Skyline Elementary in Portland, but the search for him is still going strong.

On Sunday, people came together in Beaverton for Kyron's Car Show, an annual event now in its eighth year, that raises awareness about Kyron's case and other missing children.

"The investigation is still very active, and I think that that's one thing that's very important," said Kyron's father, Kaine Horman. "They have a lot of investigators coming in and off the case that we've been brief on. They still have the multi-agency approach, but they've kind of added a few more in as they've gotten more tips and leads. They continue to go through the case top to bottom."

Kaine has organized Kyron's Car Show each of the past 8 years. It's a fun event, but its greater purpose is what inspires people like Steven Hopper, the president of the Mustang Wranglers, to bring their cars each year.

"We're here to support Kaine and his charity, the Kyron Horman Foundation," Hopper said. "We do everything we can to help him."

All proceeds from the event go to the foundation, a nonprofit dedicated to helping families of missing children.

Part of the foundation's mission is raising awareness, which is something Kaine says is still needed in Kyron's case. He said recent statements about the search area being narrowed aren't true.

"I know that recently there were some statements in the media made around honing in or limiting a search area or a few other things that might indicate that maybe there's a light at the end of the tunnel on this thing, and that's not the case," Kaine said. "We are still actively looking for him. To my knowledge, via the briefings I've had, there is no narrowed search area."