All proceeds from the event go to the Kyron Horman Foundation. It's a nonprofit dedicated to building awareness campaigns and bringing missing kids home. 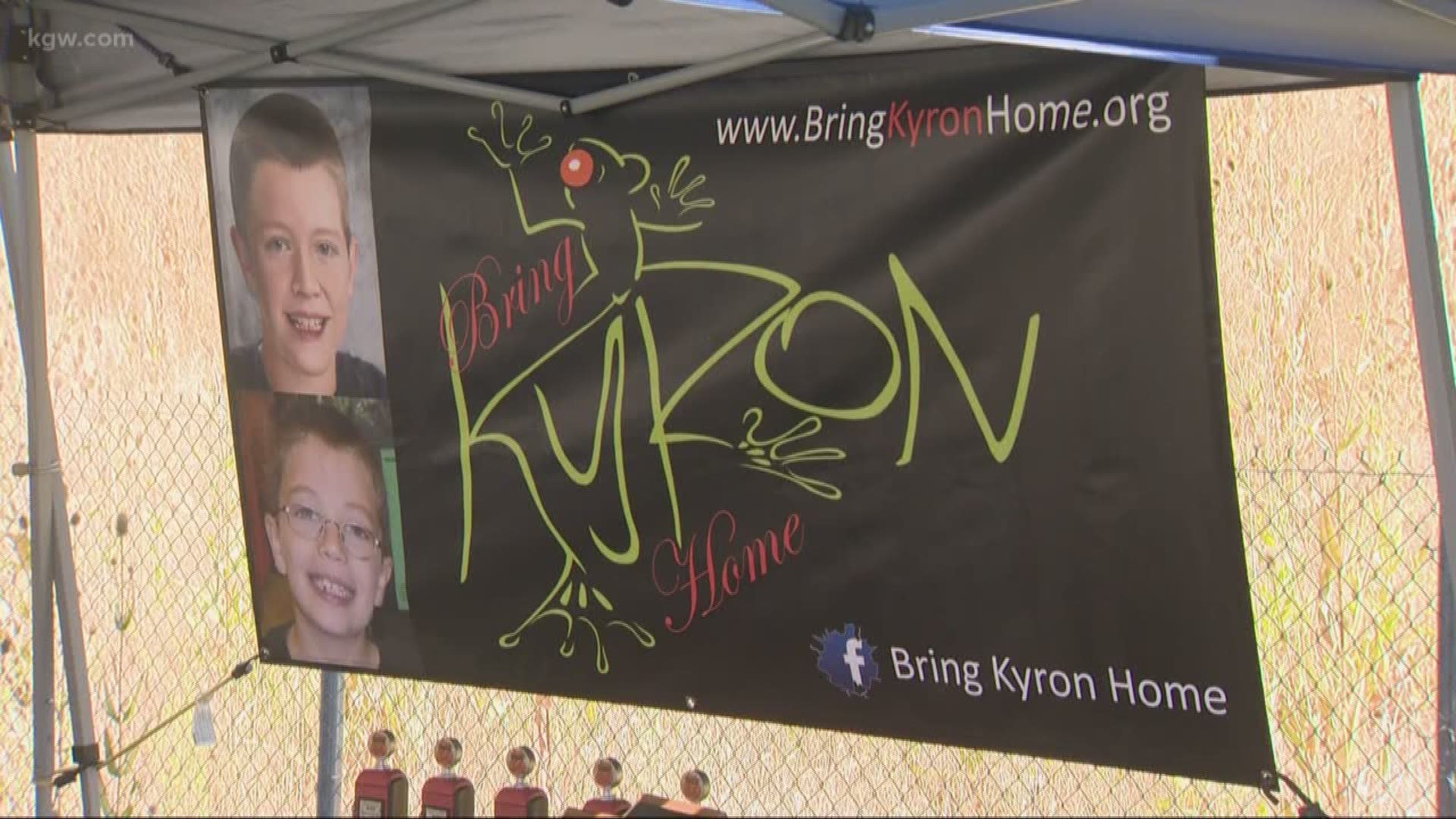 PORTLAND, Ore. — On Sunday, hundreds of people came together for a special cause: to help families with missing children and to find Kyron Horman. He’s the little boy missing since 2010.

Kyron disappeared from Skyline Elementary. But the search for him is still going strong.

He hasn't given up hope and neither have all the people who came together at Golden Valley Brewery in Beaverton for Kyron's Car Show. Horman said more than 300 cars showed up and many have a flier on the dash asking for information on Kyron’s whereabouts.

“Let's say they go to a show like ours every week, and maybe they do five or 10 of them. That's another 300-400 people that are going to see the flier every weekend for the entire summer. So what better way to spread awareness and help get those tips for Kyron,” Horman said.

Kyron’s Car Show is in full swing until 3pm at Golden Valley Brewing in Beaverton. Event is aimed at finding Kyron and helping families with missing kids. Kyron Horman went missing in June 2010. He was last seen at Skyline Elementary. pic.twitter.com/58h6yDXJeO

One of the people showing support while showing off his car, is Dan Surratt. He’s pretty proud of his GT500, Shelby Mustang.

But he said Kyron’s Car Show is different. It’s special.

“It's all about the charity event,” Surratt said.

As a father himself, Surratt can only imagine what it'd be like if one of his kids disappeared. “I wouldn't stop,” Surratt said.

“Keep looking," Horman said. "If you see anything, email it and call it in. Just takes one tip to find him and bring him home and that's what we need."

All proceeds from the event go to the Kyron Horman Foundation. It's a nonprofit dedicated to building awareness campaigns and bringing missing kids home.