Sondland, who is embroiled in the impeachment probe against President Trump, has called claims of unwanted touching and kissing “untrue.”

Sondland, the U.S. ambassador to the European Union who is embroiled in the impeachment probe against President Donald Trump, has called the claims of unwanted touching and kissing “untrue.”

But Buehler, who ran unsuccessfully as the Republican candidate for governor of Oregon in 2018 and is considering a run for Congress, said he and his wife Patty were disturbed by the allegations.

Buehler said in a statement he will donate $22,500, the same amount Sondland had donated to Buehler’s gubernatorial campaign, to charity. Buehler's decision was first reported by Oregon Public Broadcasting.

ProPublica and Portland Monthly reported on Feb. 27 that Sondland had engaged in unwanted contact with three women identified by name, and that the cases span a seven-year period, ending less than a decade ago.

RELATED: Knute Buehler, considering a congressional run, plans to vote for Trump in 2020 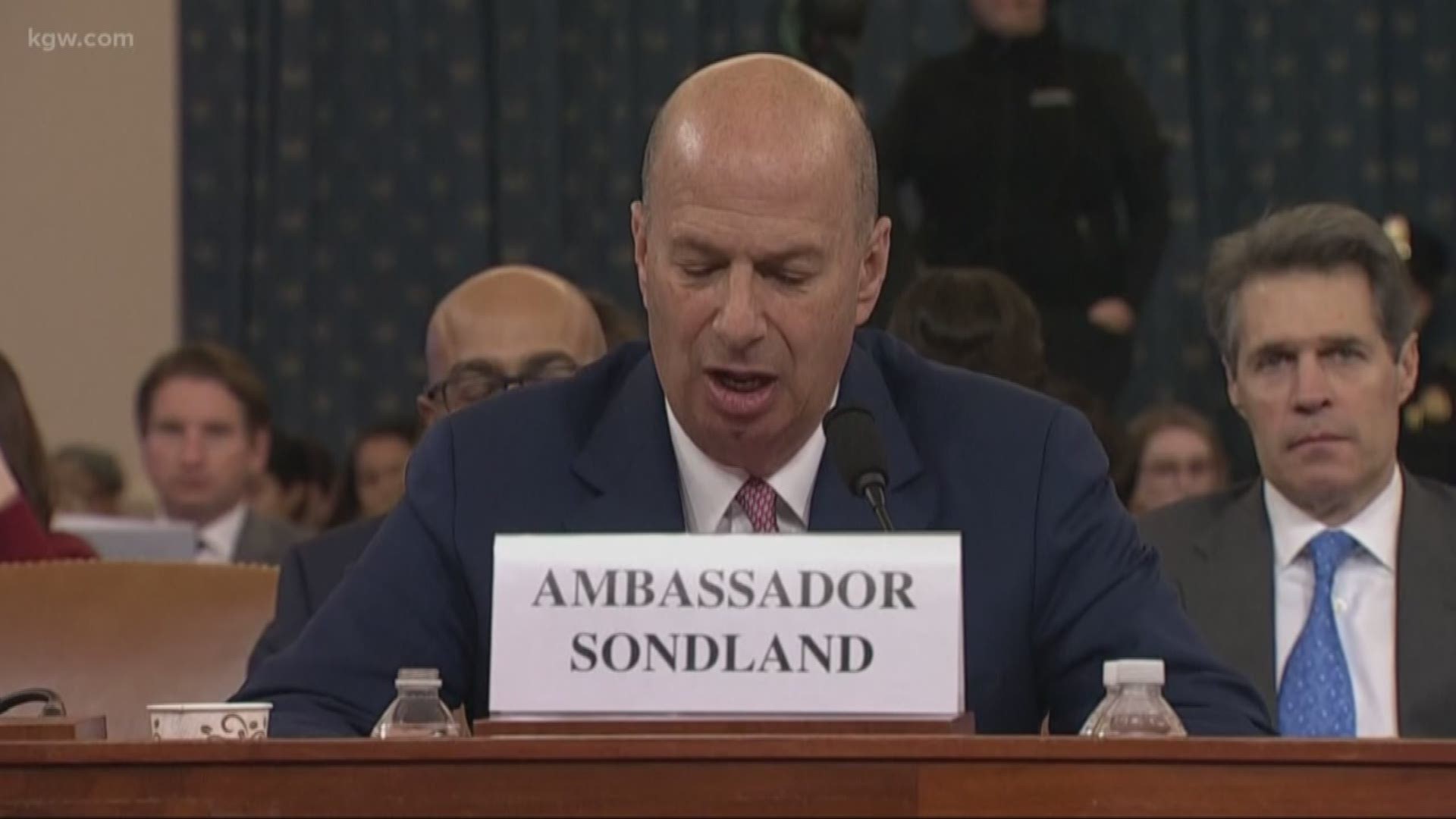