Klamath Basin water crisis: A microcosm for climate change in the West

Tensions between farmers and indigenous tribes are heating up in the Klamath Basin, where climate change and environmental damage have resulted in extreme drought 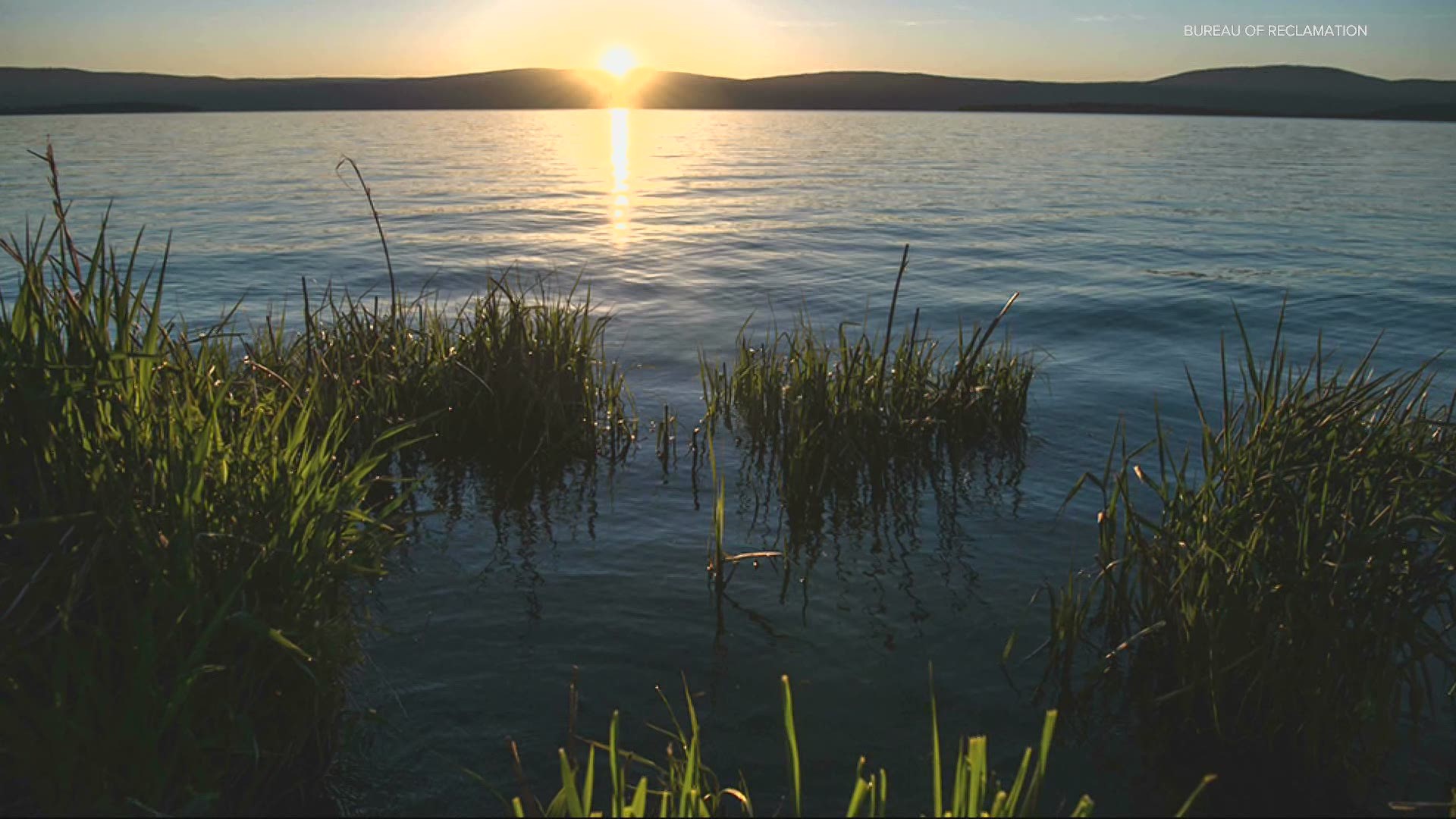 KLAMATH FALLS, Ore. — A conflict over access to water in the Klamath Basin is signaling the way climate change could play out across the western United States. After a drier-than-normal spring, farmers and indigenous tribes in the Klamath Basin are at odds over water in Upper Klamath Lake.

The Klamath Basin stretches across Southern Oregon and into Northern California. Centuries ago, the area was wetlands; but in the early 20th century, the land was opened up to agriculture. Members of the Klamath Tribes say tree removal and drainage hastened drying as the climate warmed.

"Our elders tell us that when the big trees were logged off, that it fundamentally changed the moisture level in the forest floors," said Clay Dumont, a member of the Klamath Tribal Council. "They would tell us in the hottest part of August, you could go in, dig down a little ways in the soil and find moisture. That's really not the case anymore."

In 2021, the area received less snowpack than usual, and a warm spring melted much of it. The Natural Resources Conservation Service reports snowpack in the Klamath Basin at 21% of normal as of early May 2021, with 67% of average precipitation. As a result, Upper Klamath Lake is at the lowest level it's been in decades.

Water from the lake is used to irrigate area farms, but the Klamath Tribes have senior water rights in order to sustain endangered C'waam and Koptu (Lost River and shortnose suckers). The fish are endemic to the lake, meaning they don't exist anywhere else, and they serve great cultural significance to the tribes.

Tribal members say the fish were a central part of their ancestors' diets and lives, with annual ceremonies revolving around them and children raised to fish for them. Now, they say, the fish population is a fraction of what it once was, and algae blooms and parasites in the lake are threatening the fish that are left.

"Those are treaty violations," Dumont said. "We gave up huge parts of Oregon and Northern California in exchange for the right to live here in a much smaller piece of land and be able to take care of ourselves. What's happening with the destruction of the ecosystem is a breaking of those promises."

But farmers in the Klamath Basin, who have been growing food on the land for several generations, say their livelihood is threatened when they can't get enough water from the lake.

This year, the U.S. Bureau of Reclamation allotted only 33,000 acre feet of water for irrigation. Farmers say they need at least 400,000 acre feet to make up the deficit from the drought. Scott Seus, who owns Seus Family Farms in Tulelake, California, says he and other farmers are letting some fields go dry this year because they don't have the water to irrigate them.

The clash over the water goes back decades, with numerous court battles and tug-of-war between the Bureau of Reclamation and the Klamath Drainage District. It's led to tension between people in the area.

In May of 2020, a tractor convoy supporting farmers stretched 20 miles through Klamath Falls, and 2,000 crosses were planted in a field off Highway 97. Members of the tribes say they've experienced racist intimidation and confrontations both in person and online.

Recently, People's Rights Oregon, the far-right militia group founded by Ammon Bundy, declared their support for the farmers, saying in a YouTube video, "We will stand with our farmers and ranchers to defend their private property rights."

"Out here it's all about water," he said. "It could be a war, but it could also be a really important solution and serve as a model for other communities and river basins that are dealing with less water. This serves as a model for what's happening, but also how we could adapt to it."