Potter will make her first court appearance at 1:30 p.m. Thursday. 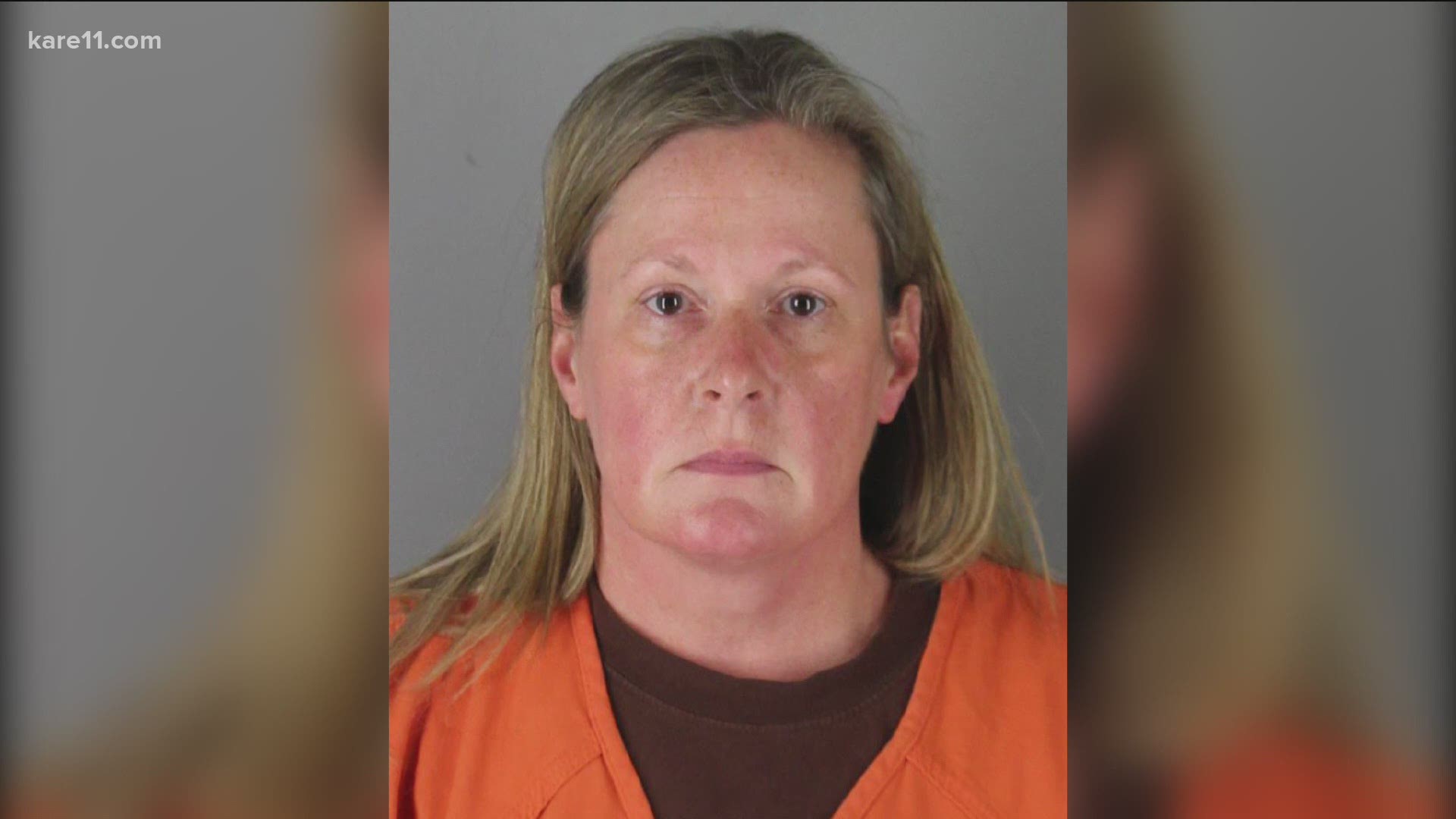 The Minnesota Bureau of Criminal Apprehension said its agents took former Brooklyn Center officer Kim Potter into custody at about 11:30 a.m. She was booked into the Hennepin County Jail shortly after noon, before posting bond Wednesday evening. Her first court appearance is scheduled for 1:30 p.m. Thursday.

If found guilty, Potter would face a presumptive sentence of four years in prison (48 months) according to state sentencing guidelines. Minnesota's statutory maximum for second-degree manslaughter is 10 years behind bars, but experts KARE 11 spoke with say that would be extremely unlikely.

Gannon said he believes Potter shot Wright by accident, mistaking her gun for her Taser. Wright's family and civil rights attorney Ben Crump, who represents them, say they don't believe it was an accident. Crump pointed out that Potter worked for the Brooklyn Center Police Department for 26 years and even trained other officers.

According to the criminal complaint, after pulling Wright for a traffic stop, officers discovered Wright had an outstanding arrest warrant for a gross misdemeanor weapons charge. Officers asked Wright to exit the vehicle and informed him that he was being arrested for an outstanding warrant.

As officers attempted to make the arrest, Wright re-entered his vehicle. In her body camera footage, Potter can be heard shouting that she will use her Taser before shooting Wright once with her handgun.

"While we appreciate that the district attorney is pursuing justice for Daunte, no conviction can give the Wright family their loved one back," he wrote in a press statement. "This was no accident. This was an intentional, deliberate, and unlawful use of force."

"We will vigorously prosecute this case and intend to prove that Officer Potter abrogated her responsibility to protect the public when she used her firearm rather than her taser," Ali wrote in a news release. "Her action caused the unlawful killing of Mr. Wright and she must be held accountable."

Ali said he and County Attorney Peter Orput met with Wright's family to express their sympathies and assure them that they will "spare no resources in seeking justice."

In the release, the attorney's office said a BCA investigator examined Potter's duty belt and found that her handgun was holstered on the right side of the belt and her Taser on the left side. Both faced the same direction, but the Taser is yellow with a black grip. The Taser was set in a straight-draw position, meaning Potter would have to use her left hand to pull the Taser out of its holster.

According to the Associated Press, Potter was the police union president and a responding officer when Brooklyn Center police shot and killed a man who allegedly tried to stab an officer with a knife in 2019.

The Minnesota Police and Peace Officers Association told KARE 11 that Potter is being represented by defense lawyer Earl Gray, who also represents Thomas Lane. Lane is one of four former MPD officers charged in the death of George Floyd, along with Derek Chauvin. Chauvin is currently being tried in court for murder, while the other three officers will have a separate trial on lesser charges.

Potter's shooting of Wright set off three nights of demonstrations and unrest in Brooklyn Center and the Twin Cities area, and in other cities across the country. Police said they made dozens of arrests for various charges. Activists criticized the way police responded to demonstrations using tear gas and other "less-lethal" weapons.