Portland has the sixth highest self-response rate out of the nation's 50 major cities. 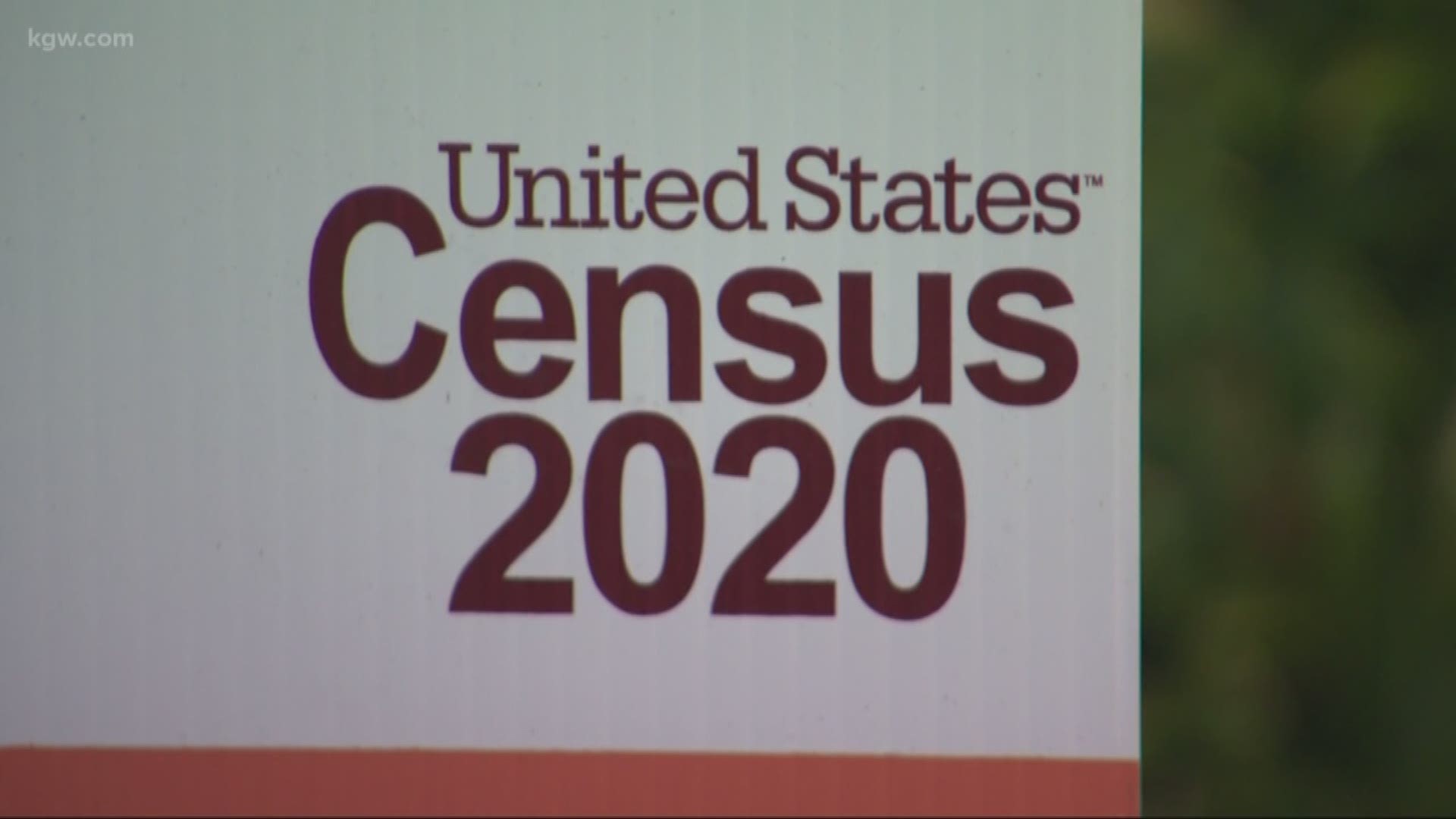 PORTLAND, Ore. — Portlanders are responding to the 2020 Census at high rates compared to other big cities in America, according to a new study from SmartAsset.

Data shows Portland has the sixth highest response rate to the 2020 Census out of the 50 most populated cities in America.

SmartAsset analyzed data from the U.S. Census Bureau and censusoutreach.org to find which states and major cities have the highest response rates as of early May. Their data shows a little more than 64% of households in Portland had completed the census questionnaire.

The top 10 populous cities with the highest self-response rates include:

As of early May, almost 57% of American households have responded to the 2020 Census. So far, a little more than 59% of Oregonians have filled out the questionnaire.

It only takes about five to 10 minutes to fill out. If you haven't already done so, please fill out the questionnaire. Your response will help guide the future of your community.

The nation's head count only happens once every 10 years and results from it impact almost every facet of our lives. Census data is used by public and private entities to inform decisions. Results will determine how hundreds of billions in federal money is allocated to states and communities every year for a number of programs, infrastructure projects, education, health care and much more.

RELATED: Census Bureau delays deadline for 2020 count by 2 weeks due to coronavirus

This year, results will also determine whether Oregon will get a new member of Congress.

For the first time in history, American households have the option to fill out the questionnaire online. You can still respond over the phone or by mail as well.

SmartAsset looked at places where the highest number of people have filled out the census online. The following cities rank the highest:

In Portland, almost 91% of people who’ve filled out the census did so online.

Compared to other states, SmartAsset ranked Oregon 14th in online self-response. However, data shows nearly 86% of Oregonians who have filled it out did so online.

The Census Bureau’s self-response operations traditionally wrap up by the middle of summer but in light of the global pandemic, they will now stretch through the end of October.

RELATED: While you're stuck at home, respond to the 2020 Census

The census is mostly done by self-response but there are many situations where people cannot self-respond because they live in congregate living settings, extremely rural settings or on the streets.

There are certain factors that make people less likely to respond to the census as well, such as immigration status, poverty, education level, socioeconomic status, homelessness, age and disability.

That's why the U.S. Census Bureau established follow-up operations. Census takers are now calling people, sending mailers reminding people to respond, and going door-to-door to follow up with households that have not yet responded.

This is critical to ensure we have a complete and accurate count of every person living in the United States. But due to the COVID-19 crisis, these operations are very difficult to carry out safely. Therefore, the bureau is encouraging people to respond online, over the phone or by mail.

Census field workers started hand-delivering materials to people on March 15 but put all of that on hold a few days later due to the pandemic. Now, that work has started up again.

According to the Census Bureau, they will drop off 2020 Census invitations and paper questionnaires at about 5.1 million households' front doors, including 27,229 in Oregon.

In Oregon, workers started dropping off 2020 Census questionnaire packets at people's front doors this week. They do this in areas where most households don't receive mail at their physical address.

In coordination with local, state and federal health officials, the bureau has directed all temporary field workers to practice social distancing and wear official government-provided personal protective equipment to protect themselves and the public. This drop-off operation doesn't require staff to come into contact with anyone and follows current guidelines.

RELATED: 2020 census: Here's what you need to know