The Parkrose coach disarmed a student at the school earlier this year and video showed him hugging the student in his moment of crisis. 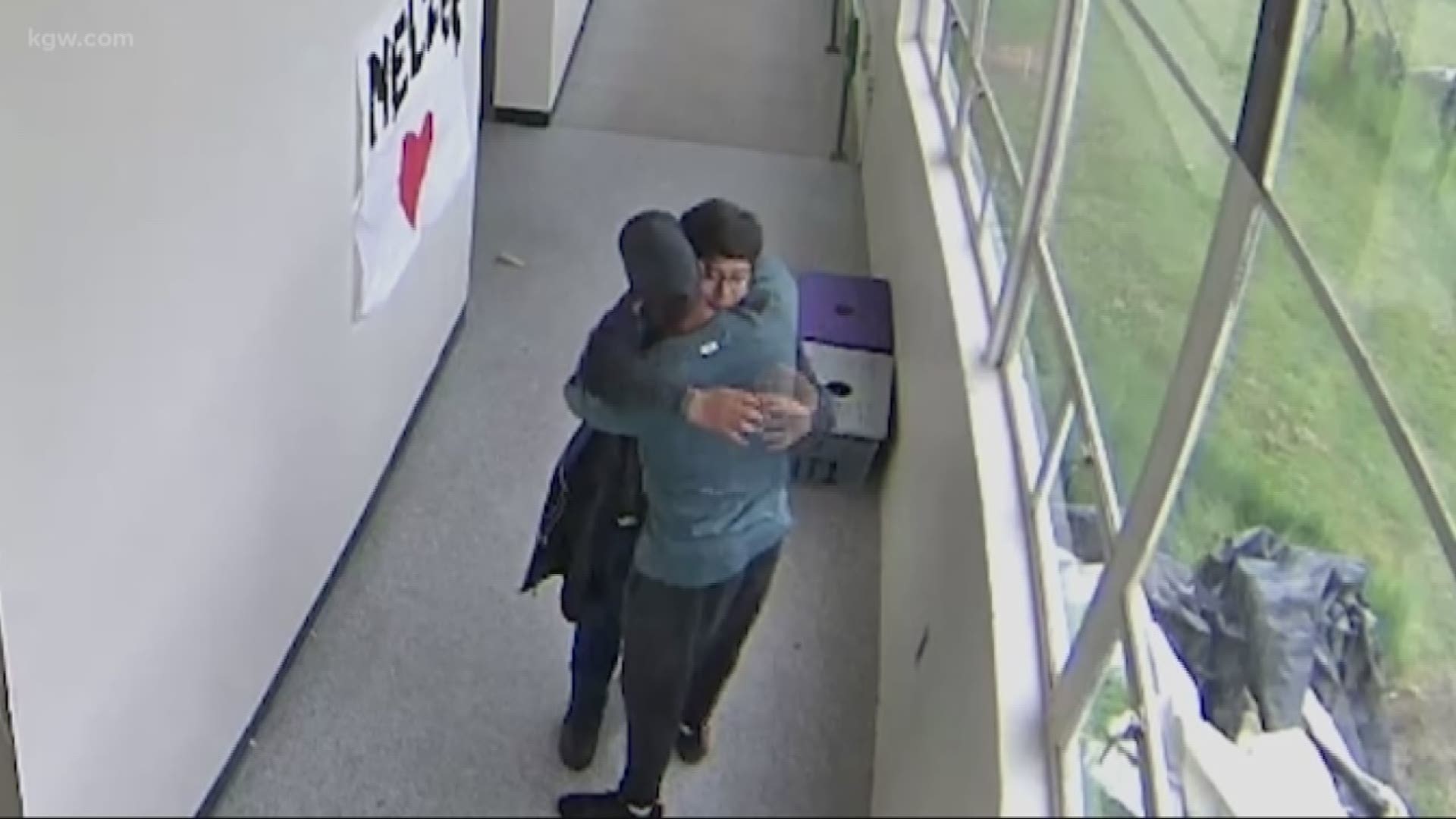 PORTLAND, Ore. — Keanon Lowe’s heroic actions at Parkrose High School earlier this year are well-known in the Portland community and received national recognition throughout the year. His quick-thinking and powerful show of compassion is once again being praised, this time by TIME Magazine, who named Lowe as one of its heroes of the year.

Lowe, who is a football coach and security guard at the Northeast Portland school, disarmed a student who brought a gun to school in May. Fortunately, no one ended up being hurt, and thanks poured in from the community as word spread of Lowe’s courage.

That thanks turned into nationwide admiration for the former Oregon Ducks wide receiver when surveillance video released in October showed what transpired in that scary moment. The video showed Lowe backing out of a room holding the shotgun in one hand and holding onto the student with the other hand. Once the gun is disposed of, Lowe hugs the student in his moment of crisis.

In an interview during the spring, Lowe said about the confrontation, "In that time I felt compassion for him. I had a real life conversation. Obviously, he broke down and I wanted him to know I was there for him. I told him I was there to save him, I was there for a reason, and this is a life worth living."

The district attorney's office said that during their investigation it became clear that the student did not intend to hurt anyone other than himself.