About 60 demonstrators also made their voices heard in front of the Federal Courthouse. 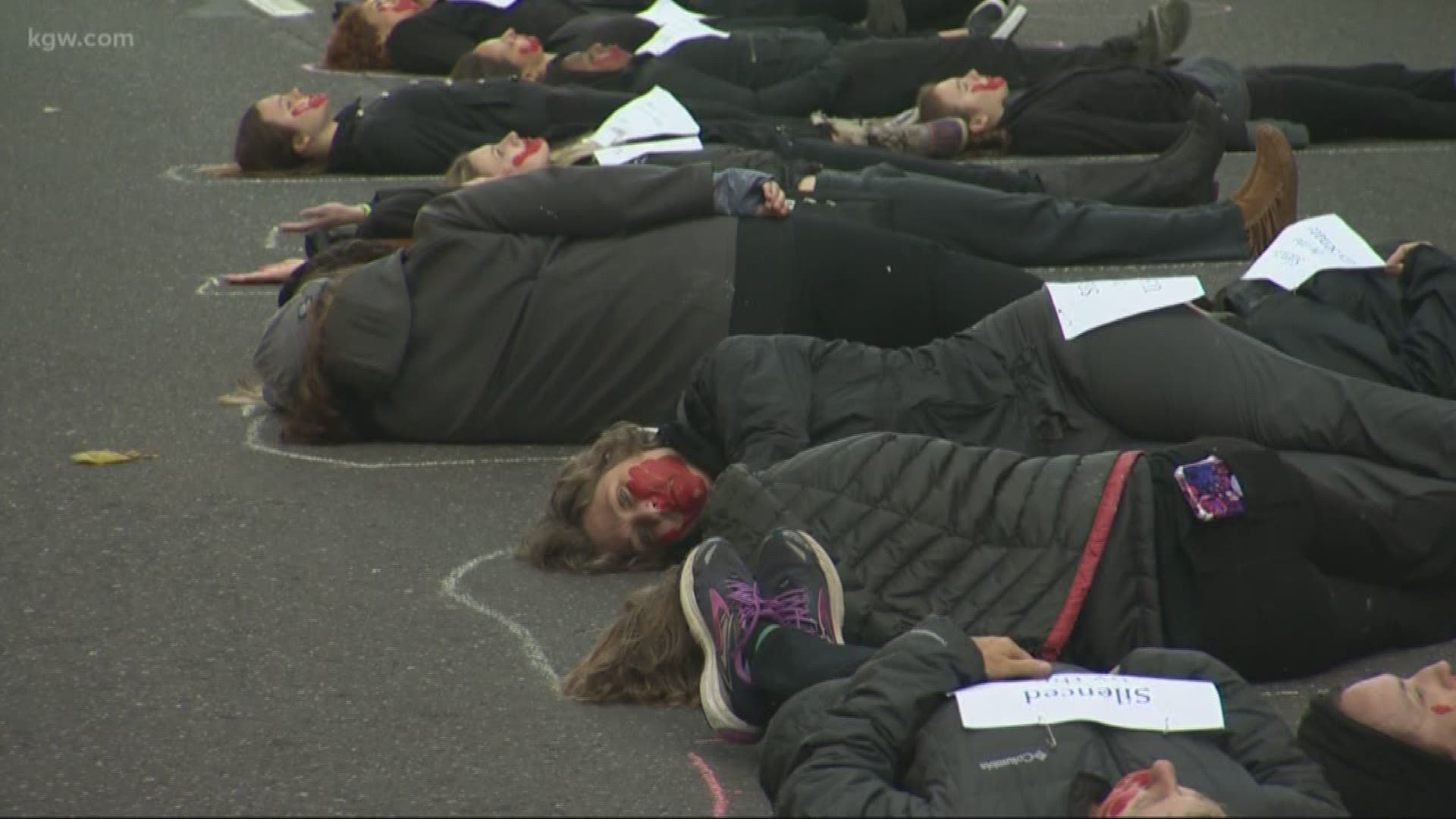 In Portland, about 60 demonstrators also made their voices heard in front of the Federal Courthouse downtown.

Among the protestors lying in the street blocking traffic was Ann Wilson.

“My daughter was brutally raped in 2014. She got a conviction on all four counts of felony rape against her rapist,” said Wilson.

1 / 15
Demonstrators protesting the potential confirmation of Brett Kavanaugh to the Supreme Court blocked the street in front of the federal courthouse in downtown Portland. (Photo: Christine Pitawanich, KGW)

But she said a mistake with jury instructions now means her daughter has to go through another trial.

“She couldn't get people to listen to her. It was only after she contacted Diane Feinstein’s office to tell her that the DNA evidence hadn’t even processed for over a year and a half that things got rolling. So this has been going on for four years,” she said.

Wilson joined the demonstration, adding her voice to dozens of others.

“Putting our bodies on the line because our bodies are on the line, to make a statement about the need to stop the Kavanaugh nomination to the Supreme Court,” explained Andrea Paluso as she stood in front of the line of protestors who were on the street.

“[They’re] using their bodies to spell 'stop him'.”

“Sexual assault victims should be able to decide for themselves when and whether their private experience is made public,” said one protestor over the loudspeaker as she read Ford’s testimony.

“Women have been silenced throughout this process,” said Paluso.

Red handprints on protestors’ faces symbolized that message. Demonstrators blocked traffic and lay in the street for 36 minutes, for the 36 years that have passed since the alleged attack on Ford.

There was also a dingy mattress, where women wrote their strongest memories of their own sexual assaults. One scribbled memory says, "When he said ‘this isn't rape. I love you."

“We need to listen to women and we need to believe them,” said Wilson. “We've had enough of it so that's why we're here.”