'Just unbelievable': Piles of trash washing up on Oregon Coast

OTTER ROCK, Ore. — Some of Oregon's beaches are littered with small amounts of plastic and garbage after high tides washed ashore over the weekend.

Steve Benson and his wife were visiting the coast from Wilsonville. They spent the day at Devil's Punchbowl State Park. They first set out on what should have been a nice walk on the beach, but they couldn't take more than a few steps before seeing the huge problem beneath their feet. 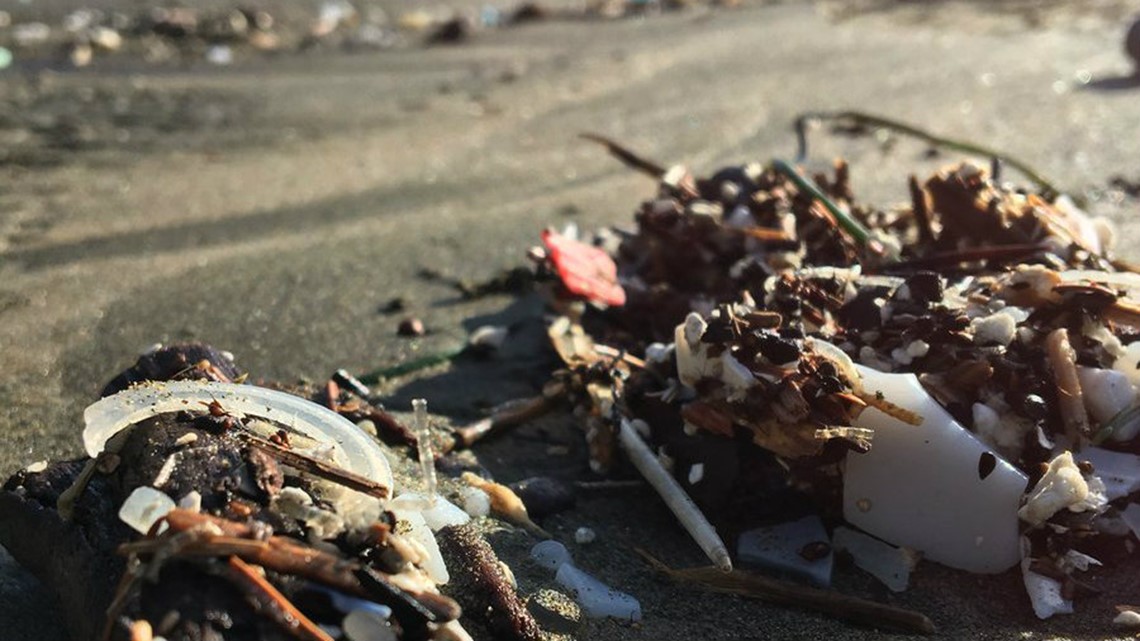 He went back on Monday, spending the holiday picking up another bucket of trash. Not even making a dent in the problem.

"It's an ecological disaster is what it is. Imagine, how much's reached the shore but how much is out there right now in these waves that people are surfing in that's invisible to see. How much more is gonna wash ashore here. This is more than I've ever seen before, so where did it come from this time?"

Oregon State Parks Ranger Ryan Parker said, "This plastic could be from anywhere and everywhere and it could be anything and everything."

Parker is one of 10 rangers who spend their days cleaning up Oregon beaches. He says some of the debris is likely left over from the summer, but you're more likely to see it now because of the winter high tides.

"This is what it's like in the winter and spring and then the currents shift and you'll get wind-blown dry sand that buries this part of the beach."

The trash is the problem, but what's the solution? Benson and Parker say it's humans. We, as humans started this mess, we need to figure out a way to clean it up.

"It's product redesign, it's bringing your own bag to the supermarket. Consumers have a lot more power than they may realize to help with this problem," Parker said.

Benson agreed. "If people don't even have a habit of cleaning up, then I don't think we have much of a chance of ever getting it fixed."