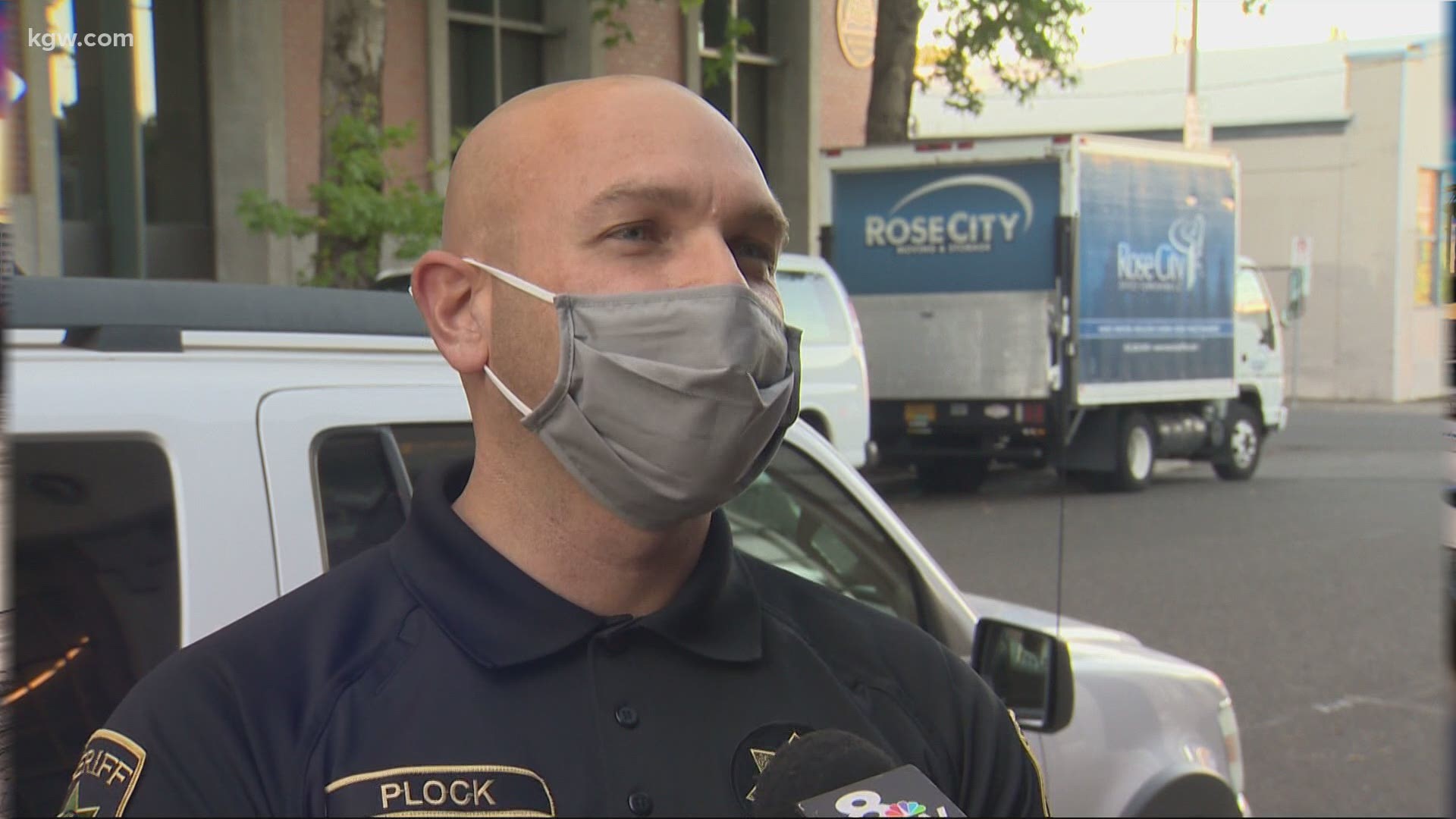 PORTLAND, Ore. — In his more than two decades with the Multnomah County Sheriff's Office, Deputy John Plock may never have been in a more perfect place at a more perfect time.

"I stopped at the stoplight and a truck came past me on the left side," he said.

You can imagine what happened next. Plock says the truck collided with a minivan. This happened Oct. 8 near NE Airport Way and Glenn Widing Drive. The impact was so intense the truck came to rest on its side and against a light post. Plock, off duty at the time, rushed over to the driver of the truck.

"I got out and saw a gentleman gesturing with his hands and immediately realized he was deaf."

What would have been a problem for many deputies, was not for Plock. He signed back and forth with the driver and relayed that information to first responders.

"Deaf people are very capable of communicating," said Plock. "But to communicate really important information, to ask if they're injured, how certain parts of their body feel, as the firemen were, it really needed someone who knew American Sign Language."

Plock happens to know ASL extremely well. And it is not because it is part of a deputy's job description.

"My son's name is Caleb," he said. "He was born deaf. As a family we started learning sign language with him as he grew up."

With the help of his now 20-year-old son, Plock has mastered American Sign Language. Not often has he had to use it away from his family, but on this day the unique skill came in handy.

"If my son was ever in that position, as this gentleman was, I'd hope someone would come along and help him."

Plock says the deaf driver was grateful, but not just for his help.

"It was a pretty gnarly accident and both drivers walked away," he said.