From wheat to semiconductors, the love is mutual between Japan and the Northwest when it comes to trade

One third of all products that Oregon exports go to Japan. According to the Port of Portland, it's $2 billion worth every year. 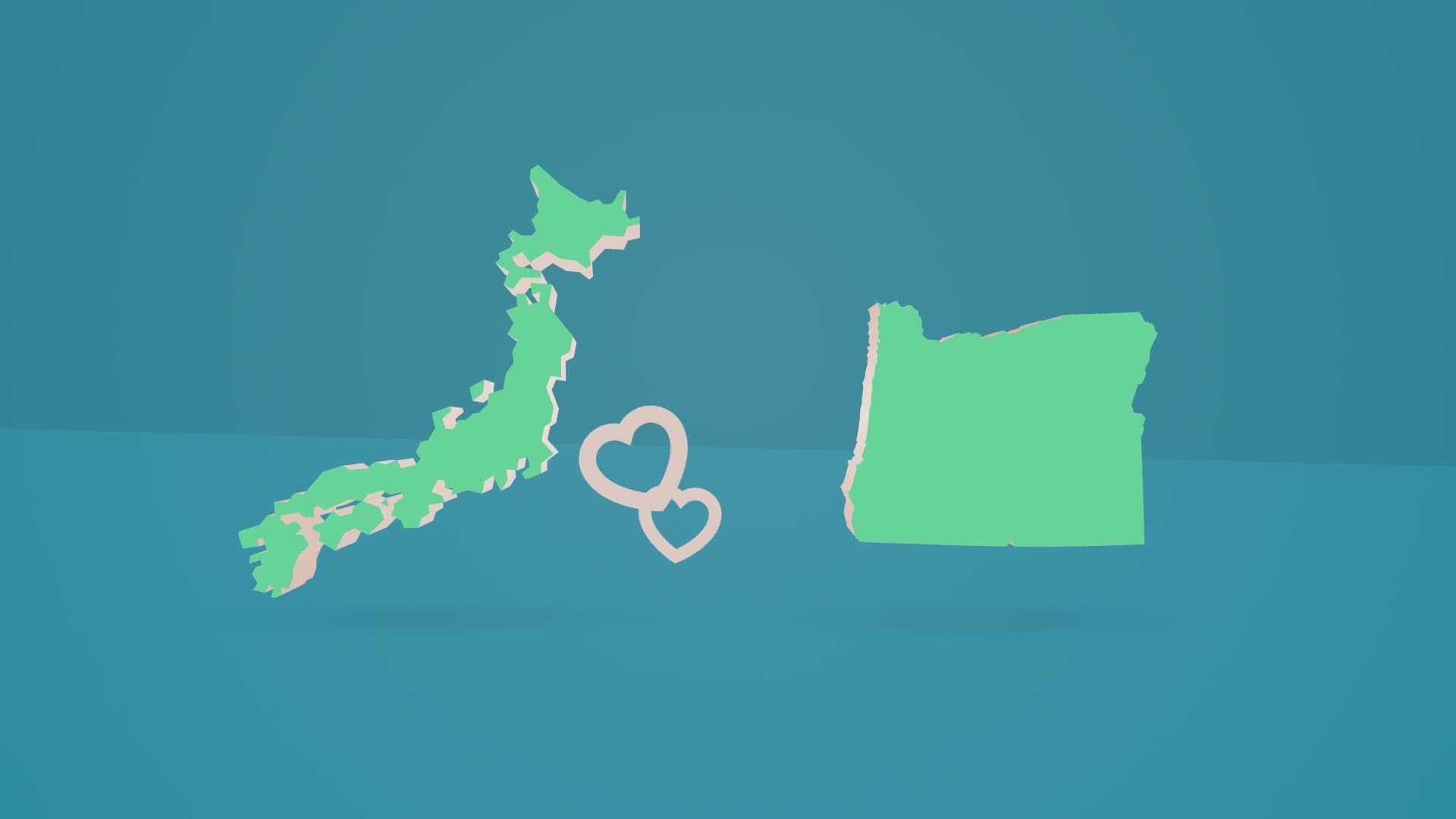 PORTLAND, Oregon — Oregon and Washington share a special relationship with Japan. Because of its proximity, the Northwest has become an ideal partner for business.

The Northwest is the home base for big technology in Amazon, Microsoft and Intel, and creative design in Nike, Adidas, Columbia Sportswear and Under Armour. Those stable economies have been attractive for Japanese investors. In 2019, Oregon saw its eighth consecutive yearly increase in the number of visitors from Japan.

Oregon and southwest Washington share 27 sister cities with Japan. It's the states' biggest trading partner: 30% of everything Oregon and Washington send out goes to Japan. That's $2 billion worth of goods every year, according to data from the Port of Portland.

The biggest dollar value item: wheat. The Columbia River is the largest wheat export gateway in the United States. Wheat grown in eastern Washington and eastern Oregon travels on barges up the Snake and Columbia Rivers. It's loaded onto ships through Terminal 5 at the St. Johns bridge. Of all wheat exported out of the U.S., 99% comes from Washington and Oregon. It is prized in Japan for making noodles, cakes and biscuits.

RELATED: What We Share: One woman's journey from Japan to the Pacific Northwest

Computers, semiconductors and electronics are right there tied with wheat, and Intel, located in Hillsboro, is Oregon's largest exporter. In a pandemic year, tablets, computers, artificial intelligence software and cloud computing-needs boomed. These are flown overseas because they're worth so much.

From the heart of Oregon's Willamette Valley, the state's other top export is hay. Japan relies on importing it to feed livestock because it doesn't have the room to grow it on the island nation.

RELATED: Olympics highlight what the Pacific Northwest shares with the communities of Japan

From southern Oregon and Roseburg, $100 million a year in milled wood products are trucked to Coos Bay, then loaded on ships to feed Japan's pulp and paper industry.

Agriculture is big business in the Columbia Gorge. From hops and hazelnuts, to berries and cherries, 40% of Oregon's food and agriculture production leaves the country. Much of it goes to Japan, where the particular favorites are apples, pears and blueberries.