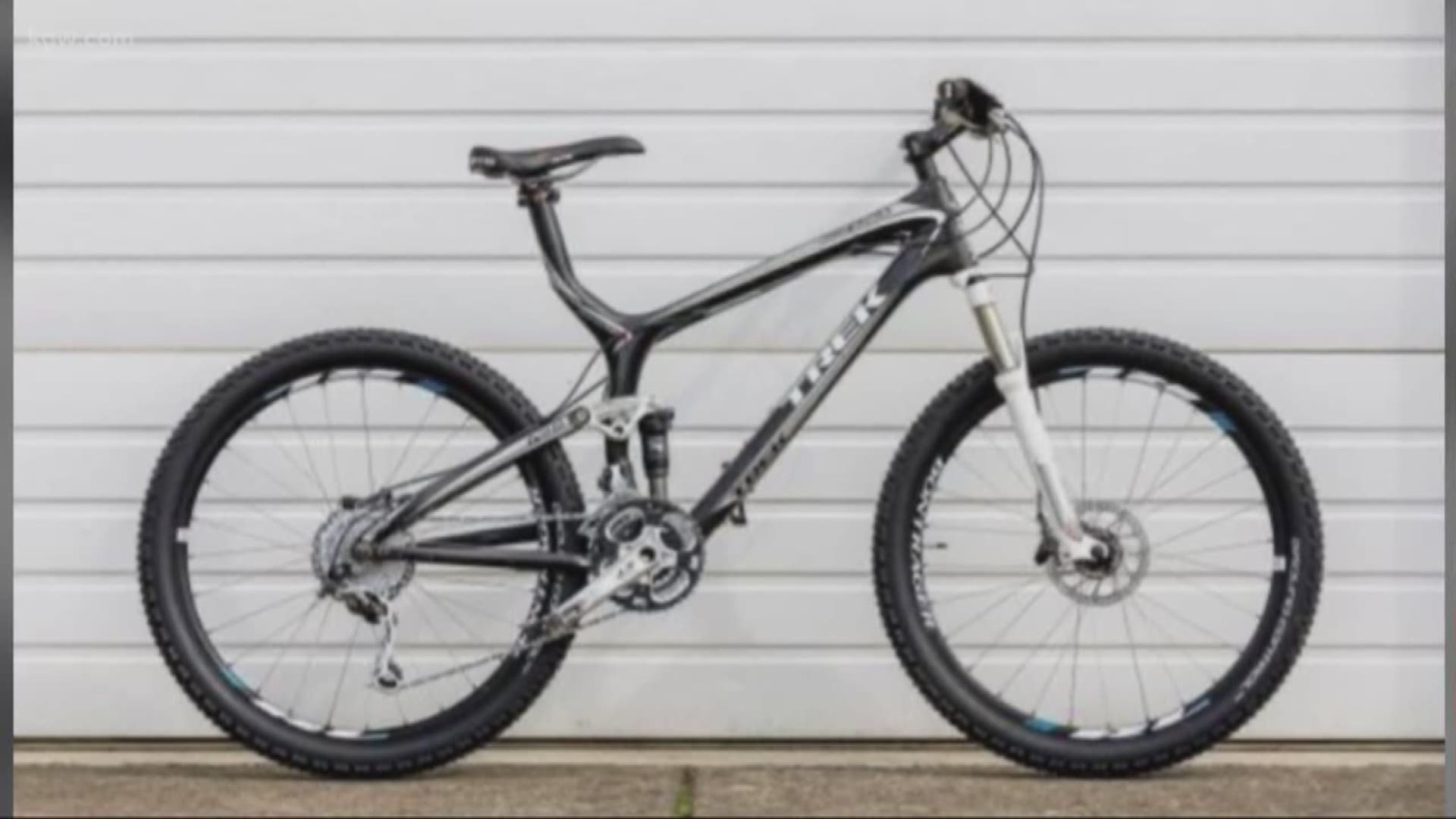 CLACKAMAS, Ore. — A Clackamas County family is warning the public about a serial bike thief who detectives believe has additional victims who have not yet come forward.

"I just want the guy in jail and to stop stealing from people," said Tyler Ferguson.

When it was time for Tyler to sell his beloved bike, he and his mom wanted to do it in a public place. They met the Facebook buyer at the Fred Meyer in Clackamas.

"It happened so fast," said Jennifer Ferguson. "I couldn't believe it happened."

The shock of that late October day has not worn off. The Fergusons said the buyer wanted to give the $1,400 bike a test ride. They obliged. The guy took the bike for a spin in the parking lot and took off.

"I was crying because I worked a lot to buy that bike," said Tyler.

The same guy is suspected of stealing a second bike from another person weeks earlier. His tactics were much different.

The suspect showed the seller an envelope full of $900 cash. When the seller turned away to take the bike out of his car, the suspect secretly switched out envelopes. He gave the new envelope to the seller and rode off with the bike. The seller opened the envelope and found a bunch of napkins.

"It's surprising but he did everything he could've too," said Jennifer. "The guy knew what he was doing."

The suspect is identified as James Adkins. Since allegedly stealing the bikes, the 33-year-old has been arrested twice and released from jail twice.

The Fergusons want the public to be familiar with Adkins' face. They do not want anyone else to be taken like they were.

"I hope he gets what he deserves," said Jennifer.

Detectives fear there could be additional victims. Anyone with information about the case is urged to contact the Clackamas County Sheriff's Office.