The family of Sandy Bosch is worried that the man suspected of killing Sandy will be deported before he goes to trial. 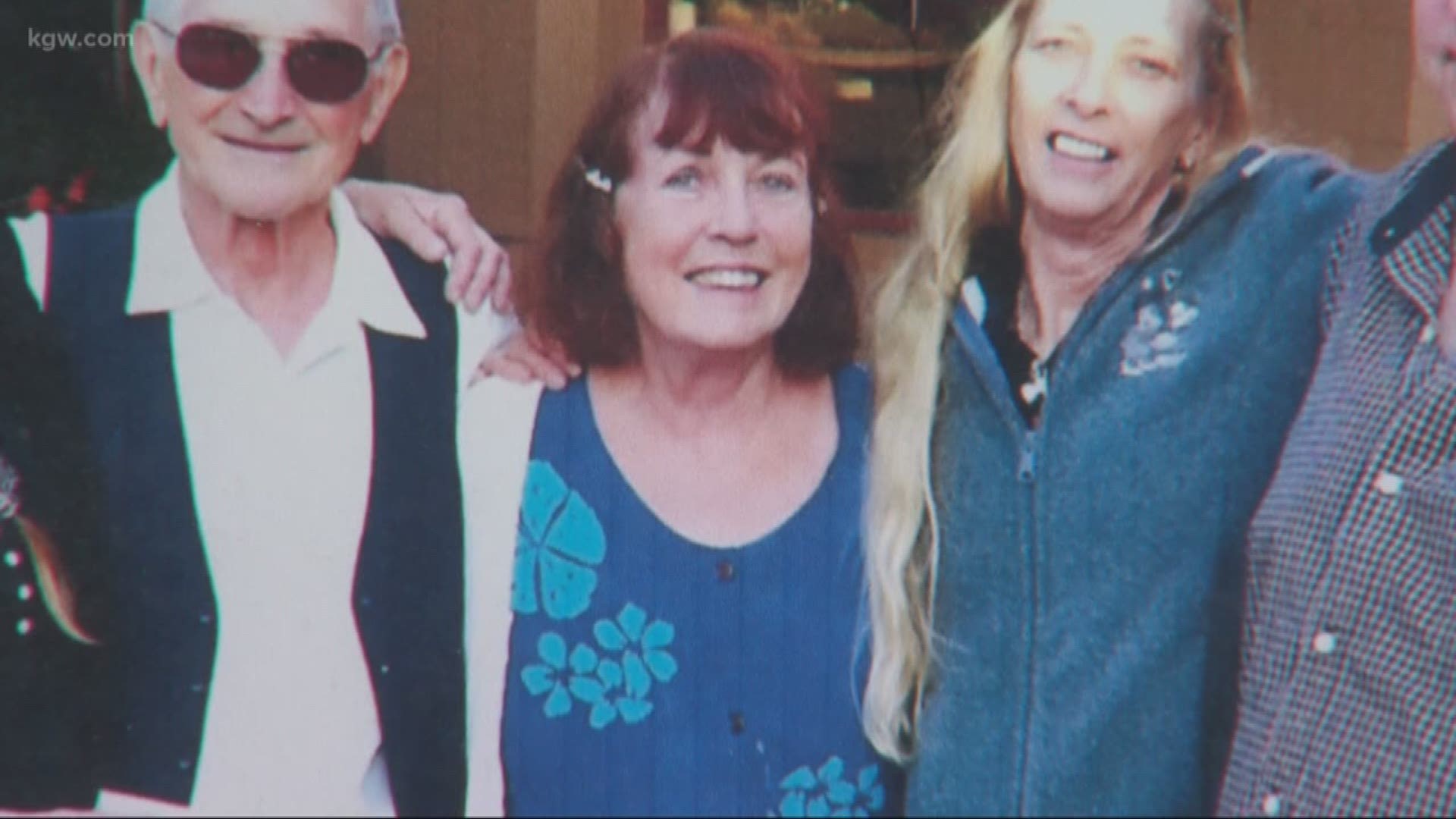 PORTLAND, Ore. — Watching the video that played at Sandy Bosch's celebration of life is therapeutic for her grown children. They say the last eight months have been awful. They miss their mother terribly.

"She used to call me in the middle of the night and we'd talk and she'd tell me stories of growing up," said daughter Tracey Paulson.

Sandy, 82, was killed by a hit-and-run driver in April 2019. It took weeks, but detectives arrested 42-year-old Jaime Mendoza-Chavez.

"We've always said we're not out to ruin his life," said Paulson. "He has kids and a family but we would like to have told him what she was like."

That will have to wait.

Mendoza-Chavez was released from jail on bail. While being monitored with an ankle bracelet, Immigration and Customs Enforcement picked up Mendoza-Chavez for living in the country illegally.

A spokesperson for ICE on Monday told KGW that earlier this month a federal immigration judge ordered Mendoza-Chavez back to Mexico. The spokesperson said for Mendoza-Chavez to return to Multnomah County instead, the county must provide a series of warrants promising that Mendoza-Chavez will be returned to federal custody at the conclusion of any criminal court proceedings. That has not happened.

The family is devastated. They say there will not be justice for Sandy if Mendoza-Chavez is deported.

"I've had a few people express, those are consequences, him getting sent to Mexico," said Paulson. "But he can still talk to his daughters, they can go see him if he's down there and we don't get to talk to our mom anymore."

All Sandy's family can do now is hope that eventually they get their day in court.

"I just don't know what else to do," said Paulson.

Tuesday, KGW received more clarification about why Mendoza-Chavez may not come back to Portland face justice. ICE wants the Multnomah County Sheriff’s Office to detain him for them when the criminal court proceedings are over. However, the sheriff’s office does not do that. In 2014, a woman filed a lawsuit after she was detained in Clackamas County. A federal judge ruled that detaining her for ICE violated her constitutional rights and she won. That forced Multnomah County and many other state and local law enforcement agencies to change their policies.

Multnomah County does not comply with immigration detainers. Learn more about their policy here.