Stever Frein, a crane instructor in Washington, said disassembling a crane, which is what workers were doing when the crane collapsed in Seattle, is the most dangerous part of the job. 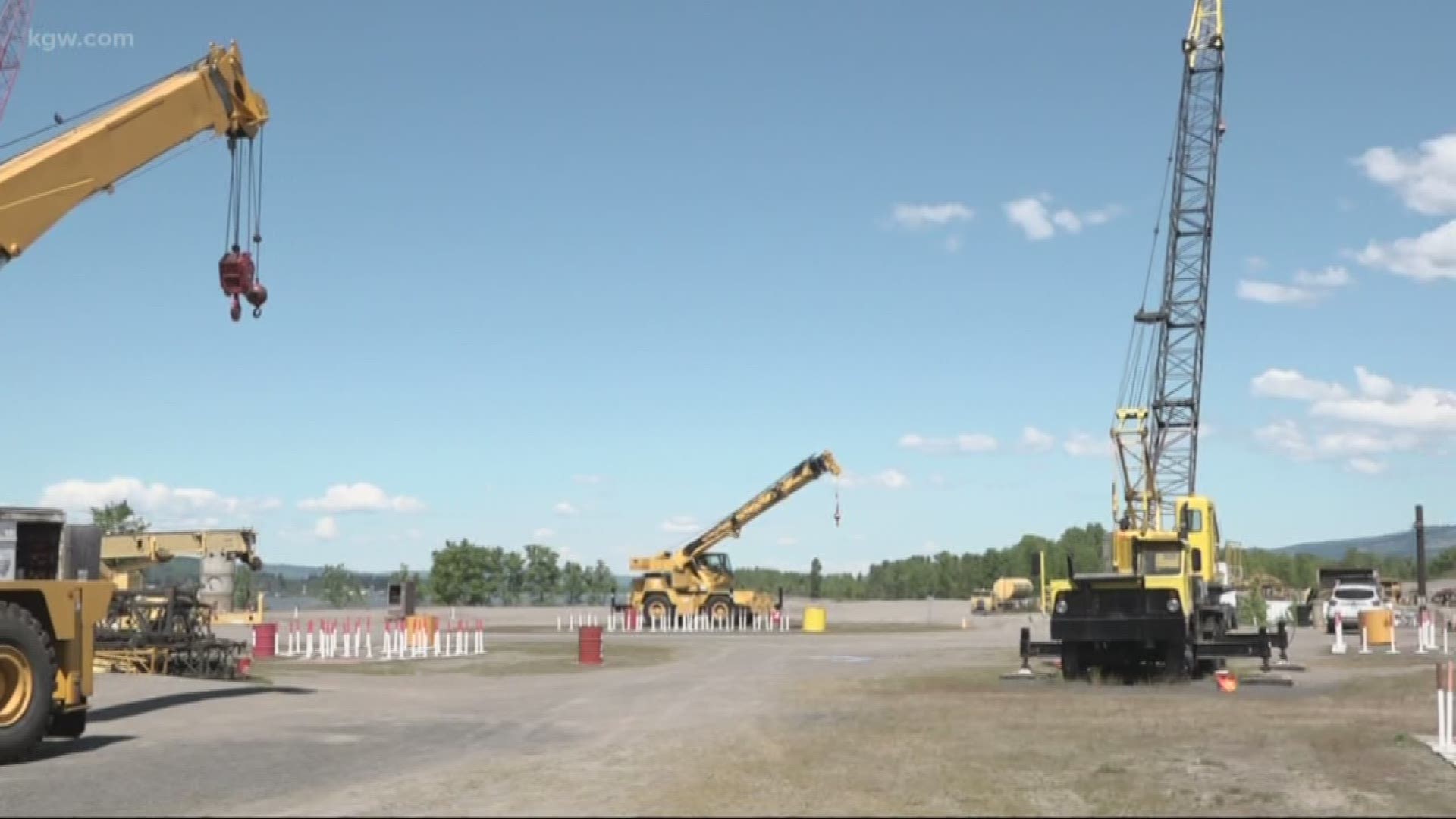 WOODLAND, Washington — Investigators with the Washington State Department of Labor and Industries have opened a huge, multi-pronged investigation into why the crane collapsed in Seattle over the weekend.

There are now five companies that are part of that investigation. As that is underway, KGW wanted to learn more about crane safety.

Steve Frein is the lead crane instructor at West Coast Training in Woodland, Washington. He has more than 30 years of experience with cranes and said it is a dangerous job.

"It's very dangerous, cranes are probably the most dangerous piece of equipment there is out there," Frein said.

However, he said the most dangerous part of the job is disassembling a crane, which is what investigators said workers were doing when it collapsed in Seattle.

"Disassembling a tower crane or a lattice boom crane is the most dangerous part," Frein said.

He said it is the most dangerous because there’s the biggest room for error at that point and mistakes can be deadly. He has his own opinion of what went wrong in Seattle, but he did not want to share that until the investigation is over. He did say wind was likely a huge factor though.

To safely disassemble, he said manufacturer's procedures have to be followed. Whether or not that happened in this case will be part of the investigation.

"You can't get ahead of yourself," Frein said. "You got to do it a step at a time as the book tells you to do it and you have to take into consideration, the weather, the wind, the traffic around your area."

Frein said he often tells students, never get too comfortable on the job.

"There's people that have been operating for 20 years and they get too complacent, too comfortable with their machine and they mess up," Frein explained. "I always tell all my students, never get too comfortable in a crane, no matter how long you've been in it, you got to stay a little bit afraid of that machine, so you'll be OK."

The Washington Department of Labor and Industries said Monday is the last day an investigator will be at the site of the collapse, but they are still far from done. The investigation portion could take up to six months.