'It's not safe': Flooding closes roads in Washington County

Washington County has a full list of all of the closures, along with an updated map online. 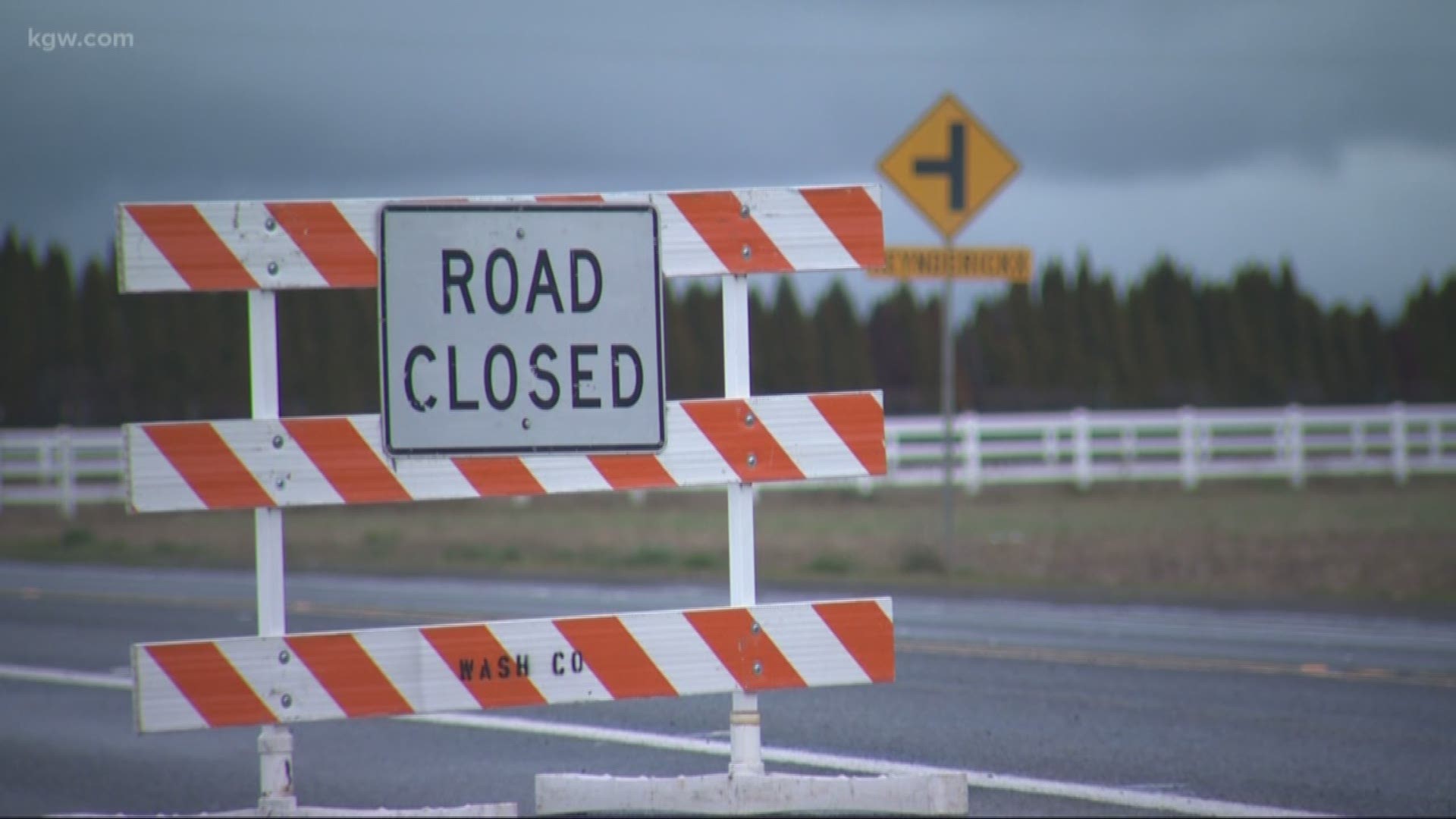 WASHINGTON COUNTY, Ore. — Flooding caused both full and partial closures of 40 roads in Washington County on Tuesday. The Washington County Sheriff’s Office also had to rescue a driver from the roof of their car when they got stuck at NW Helevetia Road and NW West Union Road.

“We've been sitting over here all day working, watching them, you know, almost making bets to see if they're going to get stuck or if they're going to make it,” said Rosco Hines, who was working nearby. “There's a lot of little cars that went through there.”

KGW watched several cars attempt to go through the water. Some made it, but others were not as lucky. One car got stranded briefly and when the engine started again, the car left smoking and leaking oil. The driver did not want to talk to KGW, but we found his car abandoned on the side of the road not even a mile away.

“Its just people being aggressive, I mean they think they can stomp through it and all the water goes up and gets in their distributor and that's why you see the white smoke,” said  Devin Kindell, who was also working near the flooded area.

Washington County staff said it is illegal to go around a road closure barrier or move one. So, at the very least, you could end up with a ticket and a fine. However, at the most, you could lose your life and ruin your car.

“It's not safe and we want everyone out there to be very safe during this flooding,” said Diane Overstreet with Washington County Land Use and Transportation.

Crews inspect the road and close it if the water is too deep for cars to pass through, so if you see a sign, go another way. KGW did witness some drivers decide it was not worth the risk and turn around.

“Well, I didn't think it was that bad,” said Al Aranda before he turned his car around after seeing the flooded road. “The wife warned me about it, but I forgot, so I should've gone through town.”

Washington County has a full list of all of the closures, along with an updated map online that can be found here.

The bottom line though, do not ignore the warning signs. It is illegal and dangerous.

“I don't know what people are thinking. The road is closed way down there and closed up here and they're just not thinking straight,” Kindell said.

Washington County is warning people that high water is especially hard to see at night. If you are headed out after dark, trust the road closure signs even if you do not see water initially. 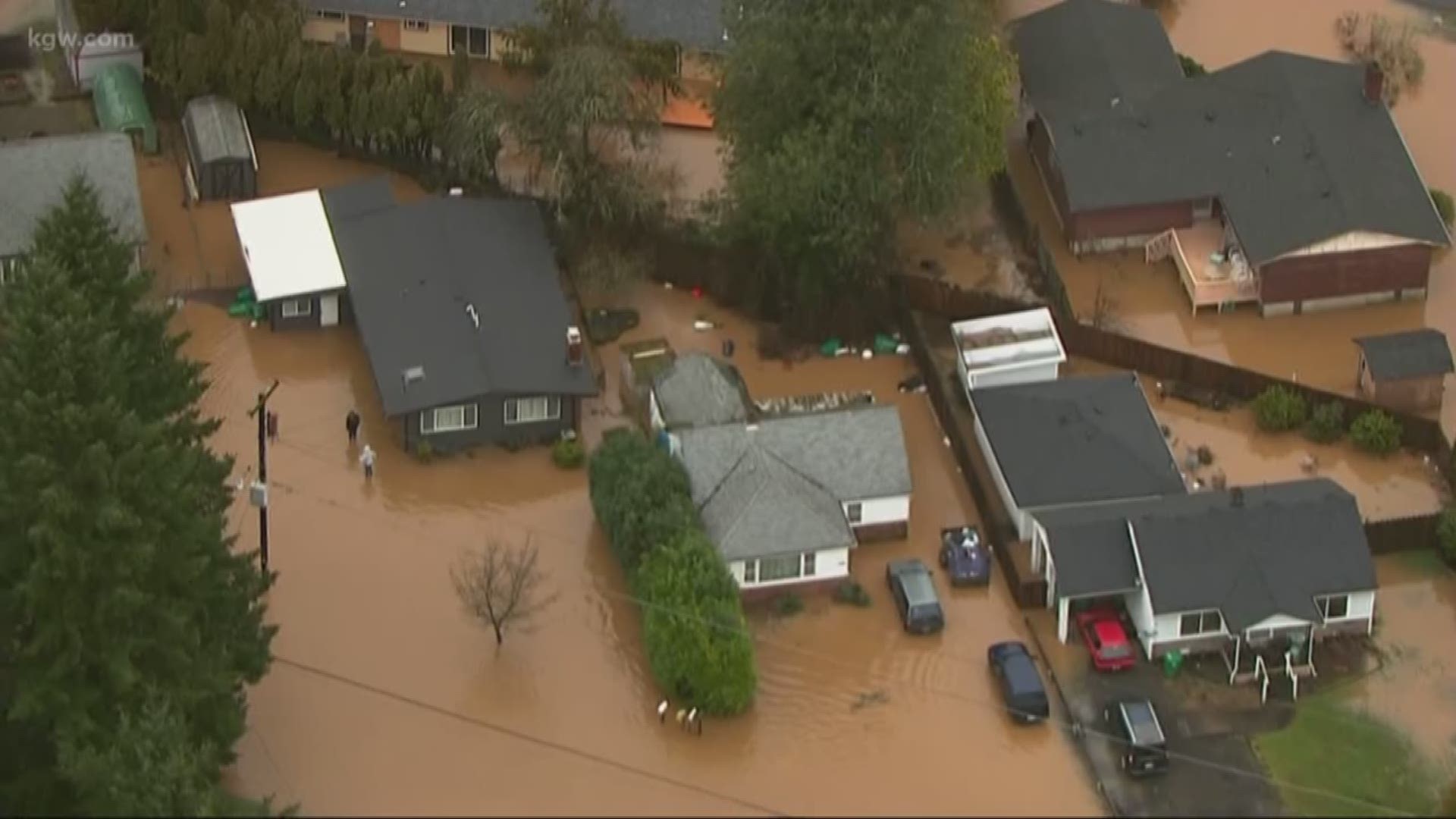