'It's a handful of idiots and mother nature': Oregon man fights fires and bogus antifa rumors

TJ Hiner's viral video debunking the rumor that antifa started these wildfires has now been viewed more than 500,000 times. 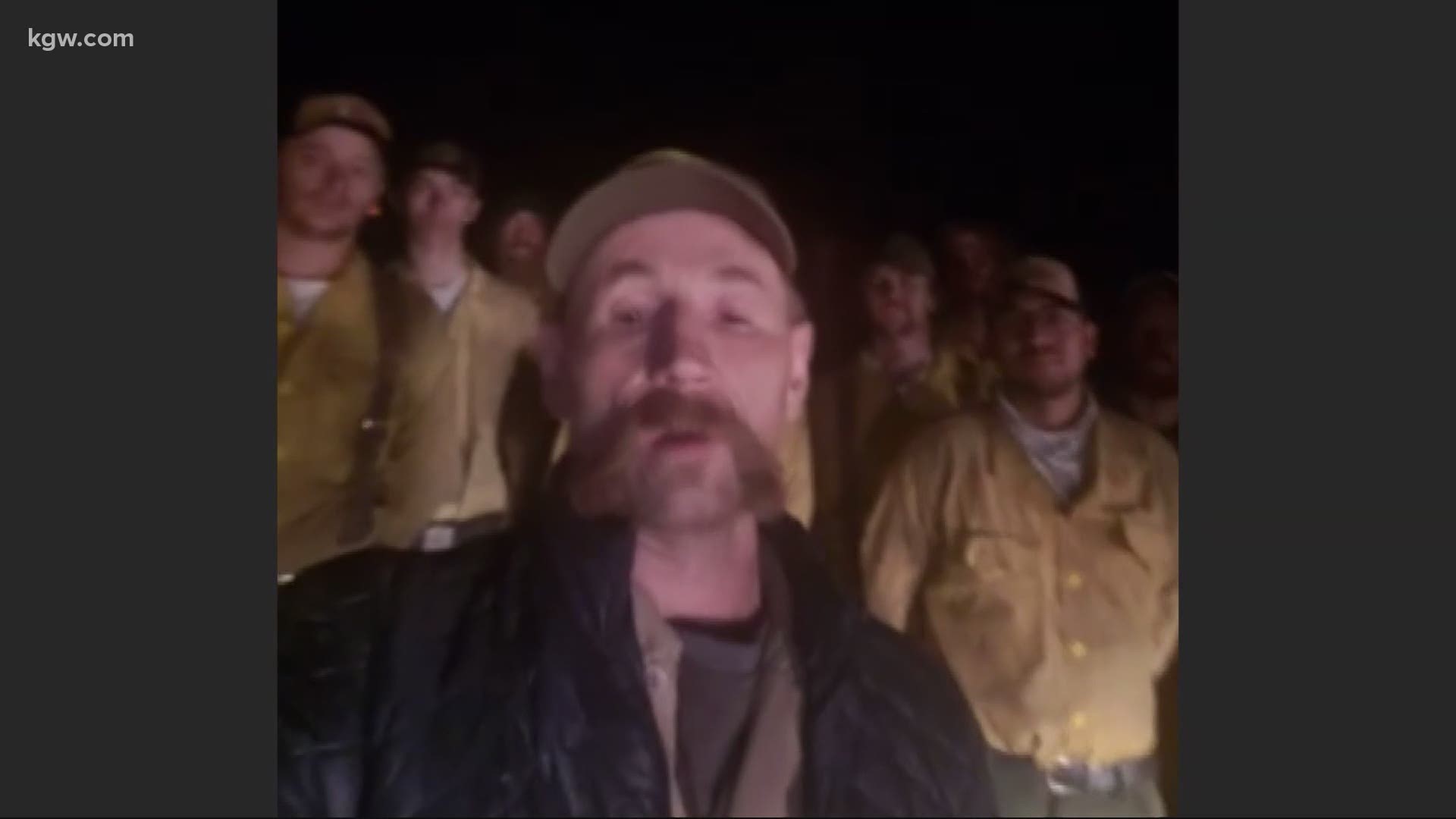 PORTLAND, Ore. — An Oregon man is fighting wildfires and misinformation.

T.J. Hiner's Facebook live video debunking the conspiracy theory that antifa started the Oregon wildfires has been viewed half a million times.

The FBI and multiple law enforcement agencies have said publicly no extremist groups are behind the historic wildfires burning in Oregon.

Hiner and his crew are fighting one of the massive wildfires burning in Central Oregon near Sisters.

KGW caught up with him over Zoom to ask about his reaction to the viral video.

He said he's not a huge fan of social media but he's glad it resonated with some people.

"It's not organized terrorism," said Hiner. "It's a handful of idiots and mother nature. So, I just wanted to speak our truth."

Hiner, who set the video to private after receiving threats against his family, said there have been arson arrests but that doesn't mean it's an organized and coordinated effort.

"You look into those people, they've got multiple drug arrests," said Hiner. "There are no crazies running in the woods other than us and we're trying to put out the fires."

The Sweet Home resident said he's not surprised that two Clackamas County Sherrif's office employees, including a captain, were caught on camera spreading the rumor.

The incredible flood of misinformation can have real-world consequences from reports of people not leaving their homes in Estacada over fears antifa members were in the area to armed citizens illegally stopping people from driving into Clackamas county.

Hiner said it's also scaring the families of the men and women on the fire lines.

"I see the truth," he said. "I'm living the truth. But it's not fair for our wives, our daughters. It's not fair for my son to go online and, and think that there are bad guys out here after us. And it's just not the truth."