'It takes a lot of strength to ask for help': Single mom of five who lost home in wildfire gets help moving into new home

KGW spoke with Marta in October shortly after her home in the Santiam Canyon burned. Now, she and her family are moved into a place they can call home. 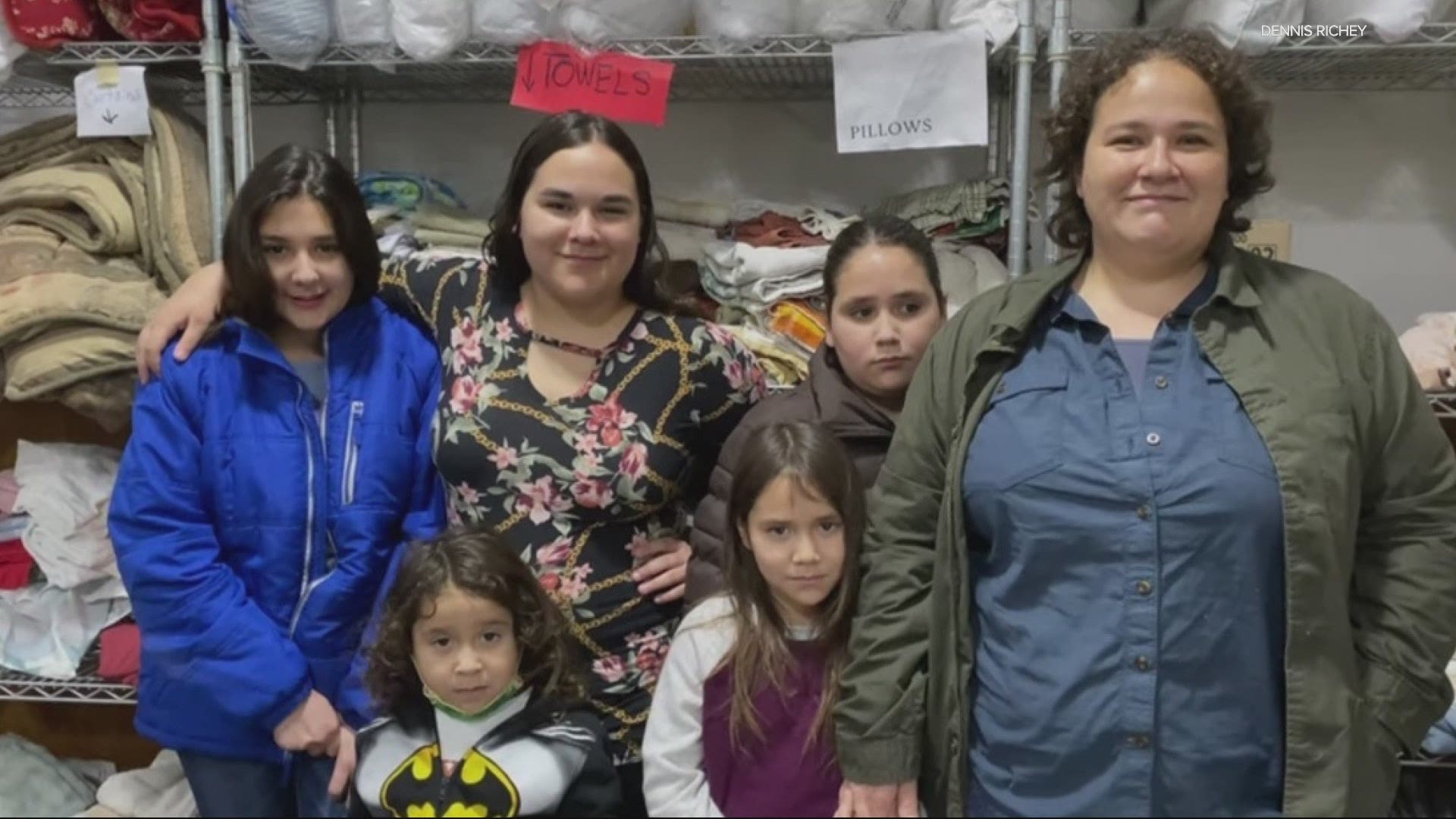 MARION COUNTY, Ore. — A single mom of five whose home burned in the fire that swept through the Santiam Canyon is now back in a place they can call home.

Back in October 2020, we spoke with a woman named Marta. She is a single mom to five kids and had escaped domestic violence. She began a new life in the Santiam Canyon.

“What we did build-up, that’s why it meant so much to us,” said Marta in October.

But now, seven months after the fire, she’s in a much better place.

“It’s definitely been a crazy seven months since we last talked,” Marta said. We spoke with her over Zoom as she sat in the new home she’s renting.

“We look around our house and it’s absolutely perfect,” she said.

It’s definitely a change for the better. For the last six months, her family has lived out of a hotel room. “I never thought living in a hotel would be so difficult,” said Marta.

Credit: Marta
Marta with her five kids in their hotel room

She said cooking for her children was hard and so was having six of them cooped up together in one room.

“We still had to do school. We still had to find some activities to do and it was winter so it was really just staying in a lot. So, it was pretty difficult,” she said.

Marta and her children spent Christmas, New Years', as well as birthdays in their hotel room.

Throughout that time she scoured rental listings.

“The market for renting is very grim,” said Marta. “It was super hard to just keep getting rejected and denied for my applications.”

But through it all, she got help from Santiam Hospital’s Service Integration Team (SIT), Santiam Canyon Wildfire Relief Fund, Marion County Housing Authority, and the ARCHES Project. She said her caseworker with SIT would constantly forward her opportunities for housing. One day, Marta checked Craigslist, saw the home that was listed, and immediately applied.

“I was blown away when I was finally accepted. It was the biggest relief you can ever imagine, honestly,” said Marta.

An added blessing was that her family was chosen as beneficiaries of a Knights of Columbus fundraiser.

“We came up with a drive-up crab dinner, so a takeout,” said Dennis Richey, a member of the St. Patrick - Canby Council of the Knights of Columbus.

Credit: Dennis Richie
Knights of Columbus fundraiser for Marta and her family

Richey said every year the organization holds a crab feed and big auction at the Clackamas County Fairgrounds, but this year due to the pandemic, it had to be innovative. Each year a charity or family in need is chosen. This year, Richey got three names from the Santiam Canyon Wildfire Relief Fund. He interviewed all of them and Marta’s story stood out to him.

Along with the money that was raised at the event in Canby, furniture and other items for the house were also donated. Then volunteers with the Knights of Columbus helped Marta’s family move into their new home on April 1.

“They got pizza for the kids and that was the first picture we took at our table,” said Marta. “It gave us such a good feeling when we saw them sitting at that table,” Richey said.

Credit: Dennis Richie
Marta and her kids having their first pizza dinner inside their new home

Marta said she is grateful for all the help her family has received and didn’t feel like she had to shoulder the burden alone.

“Everybody felt the weight of what we were going through [in the hotel]. So now that we’re here I can see everybody stretching out. I mean the older girls have their room and the two younger girls, they share a room. Everybody’s able to make it their own and personalize it. I can see them get excited,” said Marta.

She feels fortunate to have found her new home when she did. Marta said she had received a housing voucher from Marion County and it was set to expire on April 3.

Her advice for the many other fire survivors still displaced, is to not be afraid to ask for help.

Credit: Dennis Richie
Marta's family with Knights of Columbus volunteers who helped her move in