'It still needs to be talked about every day': Portlanders remember George Floyd 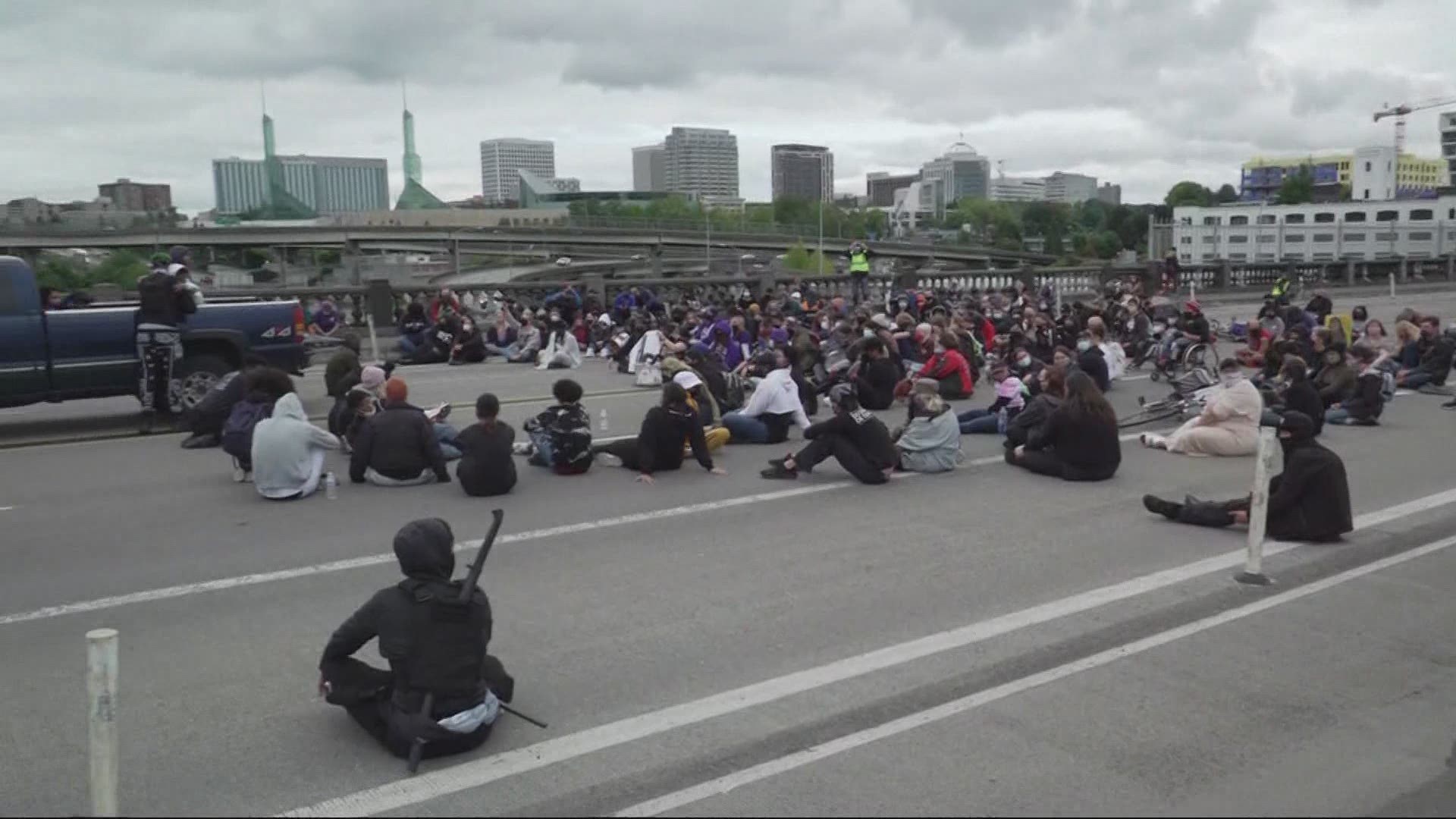 PORTLAND, Ore. — Tuesday marked one year since George Floyd was murdered in Minneapolis while in police custody. People across the country paid tribute to Floyd's life and the social justice movement that began after his death.

In Southeast Portland, several dozen people gathered outside Revolution Hall to remember Floyd. Many attendees hoped the pre-march rally would be a healing event and a way to continue protesting police brutality and systemic racism.

Tuesday afternoon, a group of Oregon lawmakers honored George Floyd with a virtual gathering highlighting House Bill 2002. The bill aims to reduce racial disparities in several ways including limiting stops and arrests and helping people who are leaving prison. It also advocates investing in communities that supporters believe have been most harmed and least helped by criminal justice systems.

“As a Black mother, I must carry the hopes of Black mothers and fathers in this state,” said Rep. Janelle Bynum (D-Clackamas). “We all feel a sense of urgency to improve things for our children because we know that their lives could be cut short at any time for any reason.”

Portland photographer Mariah Harris spent the last year documenting protests and marches. She published many of her photos in a book which she sold during Tuesday’s rally. She hopes the images speak to the change she's seeking.

“There obviously was the conviction of [Derek Chauvin] who murdered George Floyd but for the most part, Black people are still searching for liberation,” said Harris. “We're still fighting for lives to matter and awareness.”

During Tuesday’s march, many participants paused on the Burnside Bridge for eight minutes of stillness, representing the minutes Floyd spent under Chauvin's knee. It’s a moment Harris doesn’t want anyone to ever forget.

“It still needs to be talked about every day,” said Harris, “As much as when it happened a year ago.”