‘It pulled me straight down like a plunger’: Surfer says shark bit his board off Oregon Coast

Nathan Holstedt told KGW he was in the water around 8:30 a.m. Tuesday when he said he felt something hit his leg and grab the tail of his surfboard. 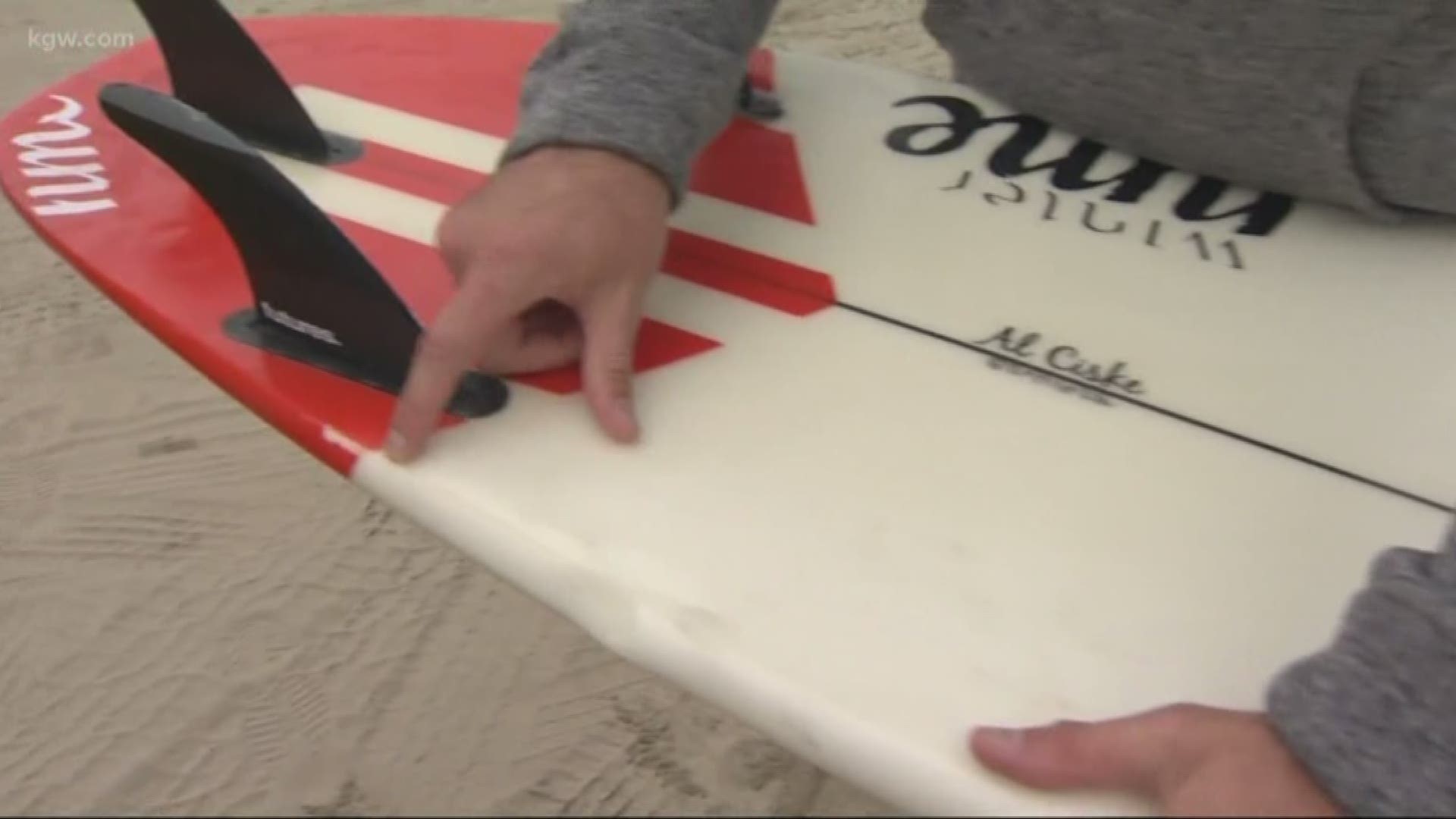 PACIFIC CITY, Ore. — A surfer said he's fortunate he wasn't seriously hurt after he said a shark attacked him and bit his surfboard Tuesday morning near Pacific City.

Nathan Holstedt told KGW he was in the water around 8:30 a.m. when he said he felt something hit his leg and grab the tail of his surfboard.

"It pulled me straight down like a plunger," Holstedt said. "I was two feet under."

When he popped back up, Holstedt said the shark was headed right for him.

"It was like this thing is going to hit me. So, I just grabbed the the board," he said.

"I don't know if I would have got it," Holstedt said.

Holstedt said he used his board like a tomahawk, slamming it against the water.

"I could see the shadow of its head and then i just saw the tail whipping and i just had a split second to put something between me and it," he said.

Holstedt then started paddled for the beach, yelling to others to get out. He was able to get to shore safely and uninjured.

The Tillamook County Sheriff's Office responded to the site of the encounter. A warning sign has been posted and a ranger has been stationed near the beach.

As for Holstedt, he said he's been surfing in the area for 15-16 years and the attack isn't going to stop him from continuing.