“What we learned from that was that we didn't have all the security measures in place we needed to," Lake Oswego School District Superintendent Lora de la Cruz said. 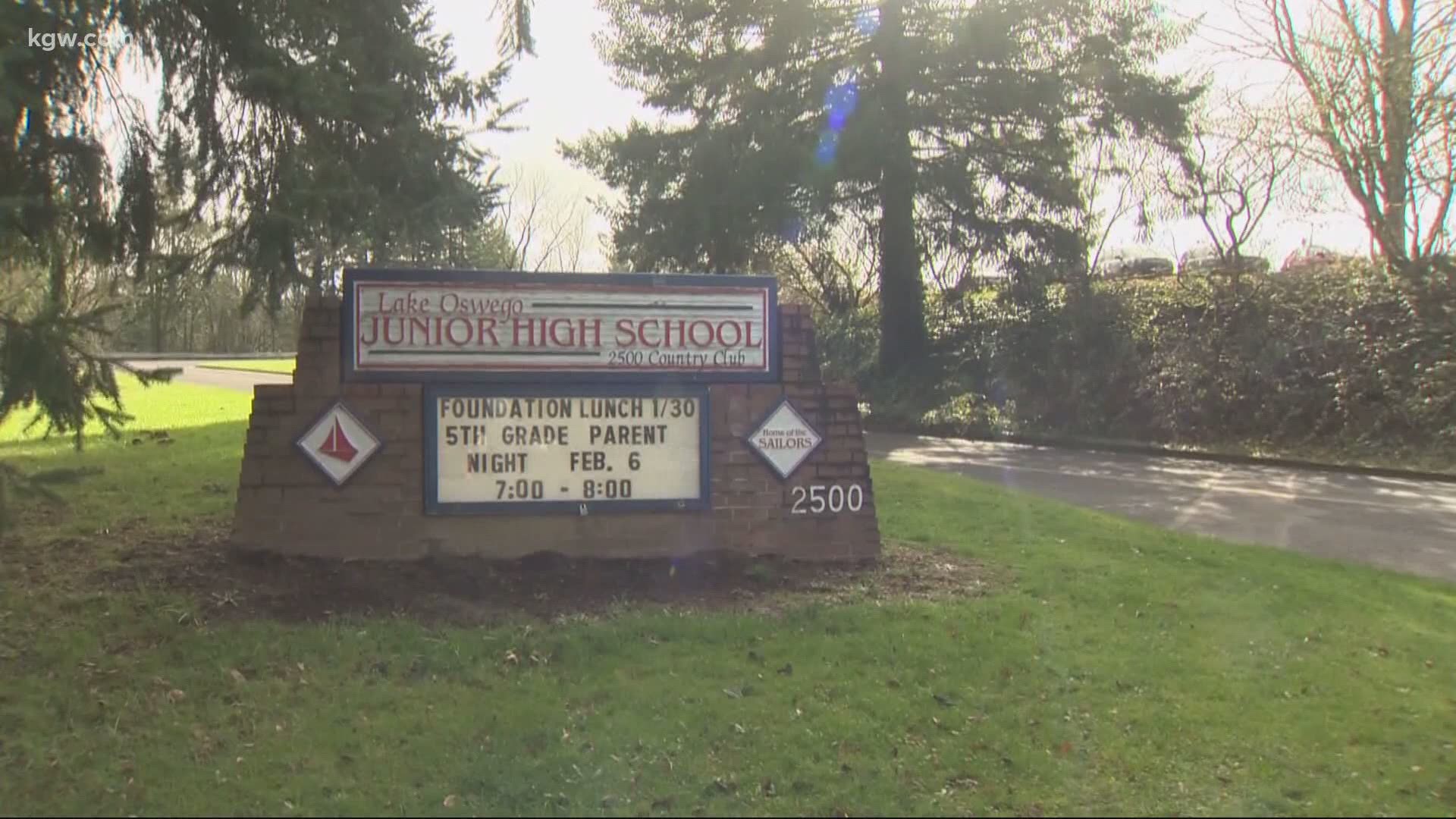 LAKE OSWEGO, Ore. — Online learning has given way to hackers disrupting classes with hate speech and profanity. Parents across the Portland metro area have been notified of problems.

It was the first day of junior year at Lake Oswego High School for Ajia McClure. She says she logged into google classroom to get ready for a Zoom call with her second period class. On the platform she saw her teacher had posted that winds knocked power out and she couldn't teach live.

Then someone from a student's account commented with a racist slur and profanity.

“I commented back under it and just said ‘wow…’. That comment stayed in the classroom for about 10 minutes before the teacher removed it,” McClure said.

McClure is the only Black student in that class.

“For me to see that comment it made my skin kind of crawl,” she told KGW. “I felt like it was meant for me in a way but I know it wasn't.”

“It makes me really uncomfortable and it makes me feel unprotected in a way,” McClure added.

Another remote learning "hijacking"  happened in Lake Oswego that same day in a middle school class.

De la Cruz said in both instances the teacher quickly removed the comments and reported it to their principals.

The district’s computer network services team discovered hackers used IP addresses linked to VPNs outside the area and the state of Oregon to get in, according to de la Cruz.

The district reached out to Lake Oswego Police Department because of the nature of the internet crimes. The agency says it is still investigating what exactly happened with the racist hacking.

“That first day of school those email accounts were all over the place. Names that had been assigned to accounts more certainly not in our system or anywhere in our community that we could trace,” de la Cruz told KGW. “What we learned from that was that we didn't have all the security measures in place we needed to.”

"Simply because it was the first day and not every teacher knew about all those security measures," de la Cruz added. "So we put those in place across the district."

“I just don't understand how the school didn't make sure all of this was in place before we started school!” McClure said. “When this situation did happen I didn't feel loved at all, especially on my first day of school.”

Principals notified families in their school communities and directly reached out to those impacted by the problems that day via email. The superintendent followed with updates over the last couple weeks in their school district newsletter and via email.

“These incidents are not harmless, they are very harmful and so our intention and focus is restoration of the harm that’s been done,” de la Cruz said. "It's our job to respond in ways that help with healing and then help, to the greatest extent possible, to prevent them from happening again."

“Although we feel hopeful about the progress we are making toward creating a more inclusive school community, we continue to feel great urgency and need to do more,” Principal Filip Hristic wrote, in part. "Even though the offending individuals were quickly removed, we take seriously all instances of hate speech. Our teachers have already communicated with families of students who were impacted and i am in close communication with district leadership.”

Hristic said they would do everything in their power to ensure this doesn’t happen again.

KGW found out Wednesday that a school in the Salem-Keizer School District had a remote class disrupted when someone posted sexual and racist images.

"The program’s principal reached out to families and students right away to share his dismay about what happened and to reiterate our district’s stance against this appalling behavior," district spokesperson Sylvia McDaniel said. "After reporting it to the technology department, they immediately implemented measures to minimize the risks of this happening again."

The FBI issued warnings about these types of interruptions in spring, when school first went online around the nation.

“School should be a protected environment, it should be a place where people feel safe,” FBI Portland Spokeswoman Beth Anne Steele said. “The reality of life is sometimes people will take advantage of that.”

Steele said sometimes the hacker tries to wreak havoc and steal information, or it could be another student with a goal of disrupting class or making a political point.

In addition to school districts working to create protected spaces parents are advised to know what software and education platforms being used, security protocols in place, controls teachers have over platforms, and educate their kids.

“The more road blocks we can put in their way - with safety and security measures, with protocols, with updated software, communications with families, educating teachers about how to use the technology - all those things can help us be better prepared as we move down the road,” Steele said.