‘It is my truth’: Portland native shares her story, need for allies in the fight for equality

From desegregation busing to racial roadblocks in her career, Donna Hammond has faced adversity all her life. 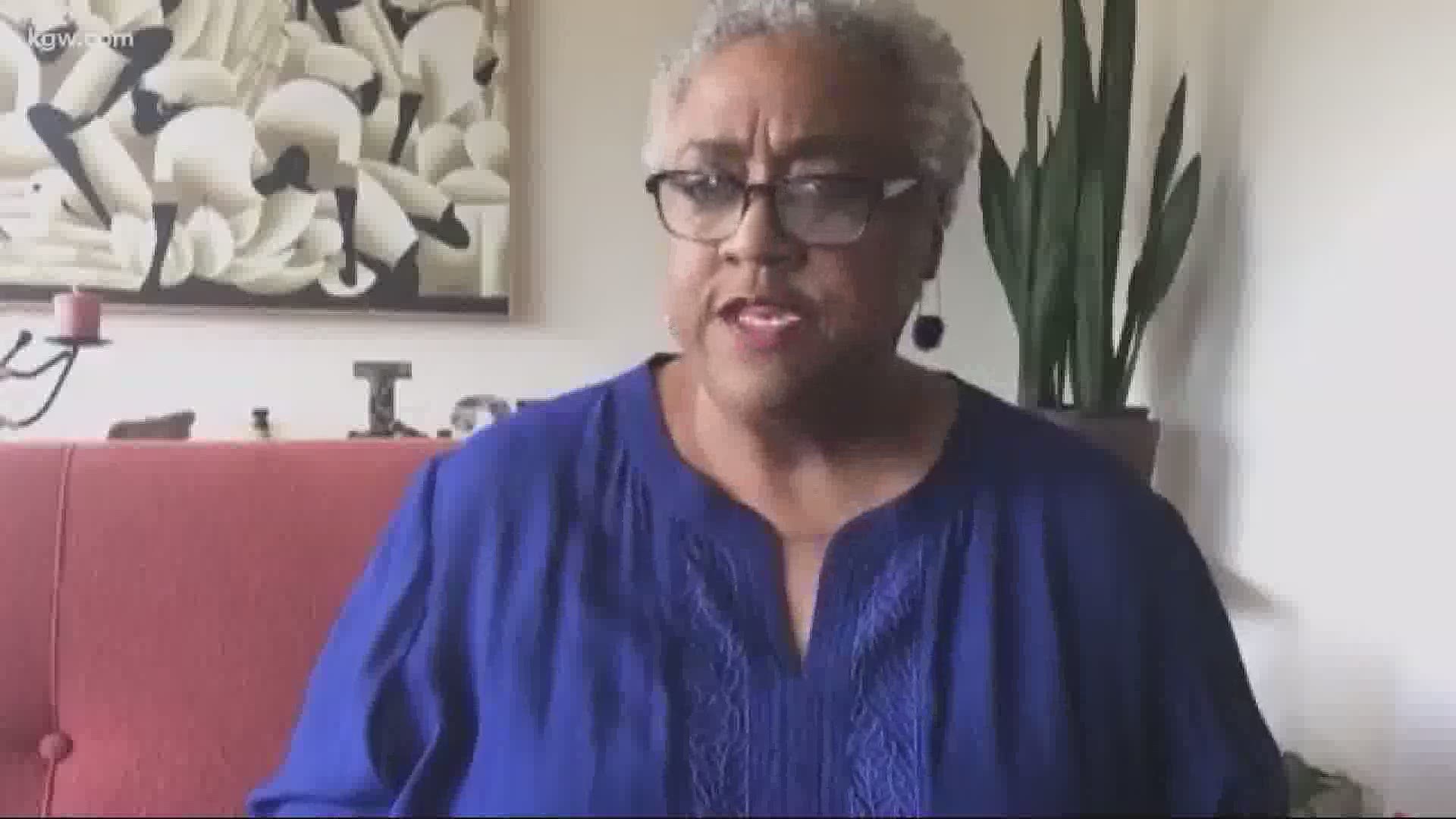 PORTLAND, Ore. — As more meaningful conversations about race are happening right now, the individual experience is just as complex and varied as the people who make up our country. Donna Hammond is a local union leader and native Portlander. She shared her story and perspective with KGW along with advice for moving forward.

“Full disclosure, I'm coming to you today to speak my truth and my walk in this journey. I am one woman who stands at the intersection of race and gender and the union movement,” Hammond said. “And I just want to be clear that I am not speaking on behalf of any specific color or anything. It is my truth. And I believe that there is only one race and that's the human race.”

Hammond is the public sector businesses representative for the International Brotherhood of Electric Workers 48. She was one of the first women accepted into their apprenticeship program back in 1978.

“When I went to work as an electrician, when I started my apprenticeship, there were men who did not want me and didn’t want a female. I was one of the first women,” she said. “And they didn’t want any people of color. That was just the norm.”

Born and raised in Portland, Hammond says her parents moved to the city from the South after her father was nearly lynched in Arkansas.

“When my parents moved out here to this paradise in the West, they were seeking refuge and wanting to have a place where they could start their family. And my mother refused to go back to the south again,” Hammond said. “But when I process the tape over and over again, the west was settled by people from the south. So, they brought a lot of those ideologies out here to the West Coast."

Her parents raised her to be in the union and find a job she loved. That job was an electrician, and now a leader and voice for workers. Hammond’s path to the role was filled with racial roadblocks, but she succeeded with the support of allies along the way and her own strength, reared through her own experiences.

Hammond’s perspective offers a glimpse into the pain and anger spilling out on streets in her own community and across the country following the death of another unarmed black man.

George Floyd’s name joins a long list of black people who have lost their lives to racial injustice in this country. It’s a part of our nation’s history that Hammond says was easily left out of our history books. That is until cellphone footage showed the world the history black Americans have been living their entire lives.

“I want to say the best thing that happened to black people and to America is the technology of video tapes, and sometimes that hasn’t even helped us,” Hammond said.

Racial unrest is nothing new to our nation. Protest and riots are deeply rooted in racial conflicts throughout history. However, Hammond doesn’t necessarily see the reaction to George Floyd’s death as history repeating, rather time continuing on without real change.

“I would say it's just been a continuum. You know, it's just like another dig. It's what we know. This is our normal. Now you all, or the majority, you get to see what we see every day because we have a video camera.”

“I think that was good and bad,” she said. “I learned how to build relationships when I was bused. I learned that because of a person’s skin that they weren't any better, smarter. I developed friendships form elementary school that I still have today, but counter to that I learned that there were people who didn't want me, didn't want to see me successful, didn't want to see me and didn't want me to be there. I heard all kinds of things as a kid, you know, 'You need to go home. Don't come out here. Don't, don't, don't!' One day, I remember specifically, because they used to rock the bus, they used to call us the N-word.

"And one day when they were attacking us at the end of the day, a raw egg came in the window and landed on me, on my chest. And it was just devastating. And for the folks that were on the bus that day – I thought that they were all going to die.”

That experience helped guide her when she entered the electrician trade as an adult.

“This is where I find the value of being bused. I don't think that I could have survived a four-year apprenticeship in Portland, Oregon, or anywhere, in a white male dominated profession had I not experienced the racism and the torture that I went through as a kid," Hammond said.

Hammond says her life was threatened more than once as she continued to successes in the profession she loved.

“So, there were the men that wanted to take me off the planet. And I was set up to be killed a couple of times, that I know of, but then counter that – and just like what happened at the elementary school – there were people that supported me…but on the job there were white men, my brothers, who said, 'We're going to make you the best electrician that you can be. You were admitted into the IBEW into the brotherhood and so you're our sister.’ And so, I always had allies there were always more allies than there were enemies.”

Now, those allies are more important than ever. She encourages everyone to take active steps to create positive change, to educate themselves, and put themselves in someone else’s shoes.

“I want them to challenge themselves to explore their implicit bias. If they are in the majority class, majority population, be silent and listen to folks when they tell their story. Don't try to one-up and say, 'Well this is what happened to me.' That's not what this is about. Learn how to be an ally,” she said.

Hammond’s story is one you can learn more about. She has her own historical marker om Portland, one of Alberta street's Black Heritage Markers. You can find it at the intersection of Northeast 17th Avenue and Alberta.