‘It is an incredible feeling’: Portland man overjoyed, 'a little tired' after solo Antarctica trek

Colin O’Brady said he planned to cross Antarctica in 70 days. But he did it in 54. 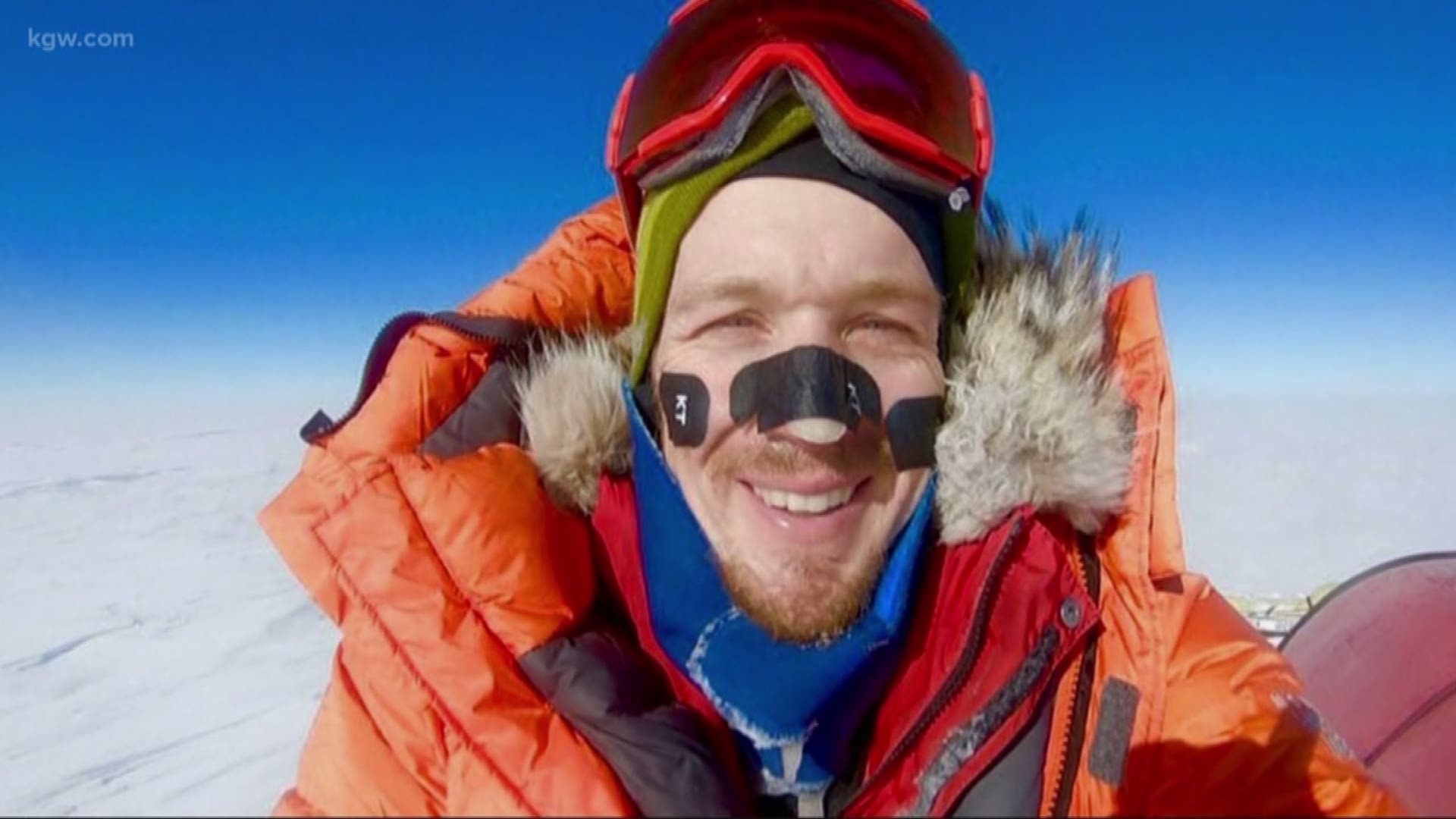 On Friday, a Portland man gave his first interview about the brand new world record he accomplished.

Colin O’Brady crossed the entire continent of Antarctica on his own. It’s the world’s first solo, unaided crossing of the frozen land mass.

He made it across the finish line on Thursday and spoke exclusively to the Today Show about it.

Colin O’Brady said he planned to cross Antarctica in 70 days. But he did it in 54.

“I'm not going to lie. I'm a little tired,” said O’Brady in a phone interview with the Today Show.

It's no wonder that he’s tired. His journey spanned 932 miles. The first thing he did when he crossed the finish line was call his wife.

“It was an emotional conversation. It was a lot of pride. We were just all screaming, hootering and hollering and happy that he was there safely,” said Jenna Besaw, O’Brady’s wife.

“It is an incredible feeling. Just so excited and grateful to be here safely,” said O’Brady.

Credit: Instagram screen grab
Colin O'Brady of Portland became the first person to traverse Antarctica alone without any assistance Wednesday, trekking across the polar continent in an epic 54-day journey that was previously deemed impossible.

The trip wasn't easy. O'Brady hauled a roughly 400-pound sled day after day in one of the most extreme environments on Earth.

But he said he never stopped believing in himself.

"Every morning I’d wake up and I’d tell myself a mantra: you're strong, you’re capable, you can do this,” said O’Brady.

A British explorer by the name of Captain Louis Rudd set out at the same time as O'Brady. Rudd has yet to finish his trek, but he's close to the finish line. O'Brady said he’s waiting at the finish line so he can be the first to congratulate Rudd.

Now that he’s on the other side of the finish line, O'Brady said he's 40 pounds lighter. So his first order of business will be a proper meal. But he's most looking forward to what comes after that.

“When I get back to North America, I'm wrapping my arms around Jenna, my amazing wife, will be my very first thing. I can't wait to see her and this is like I said been both of our dreams come true.”

This trip is also special because about 10 years ago, O’Brady was badly burned in an accident. He was told he might never walk again.

O'Brady says he hopes his project inspires others to take on their dreams, however impossible they may seem.