Iranian-Americans fear backlash amid tensions with Iran and America

“It's been tough, I have to admit, I haven't slept much in the last three days,” explained Happy Valley City Councilor David Emami. 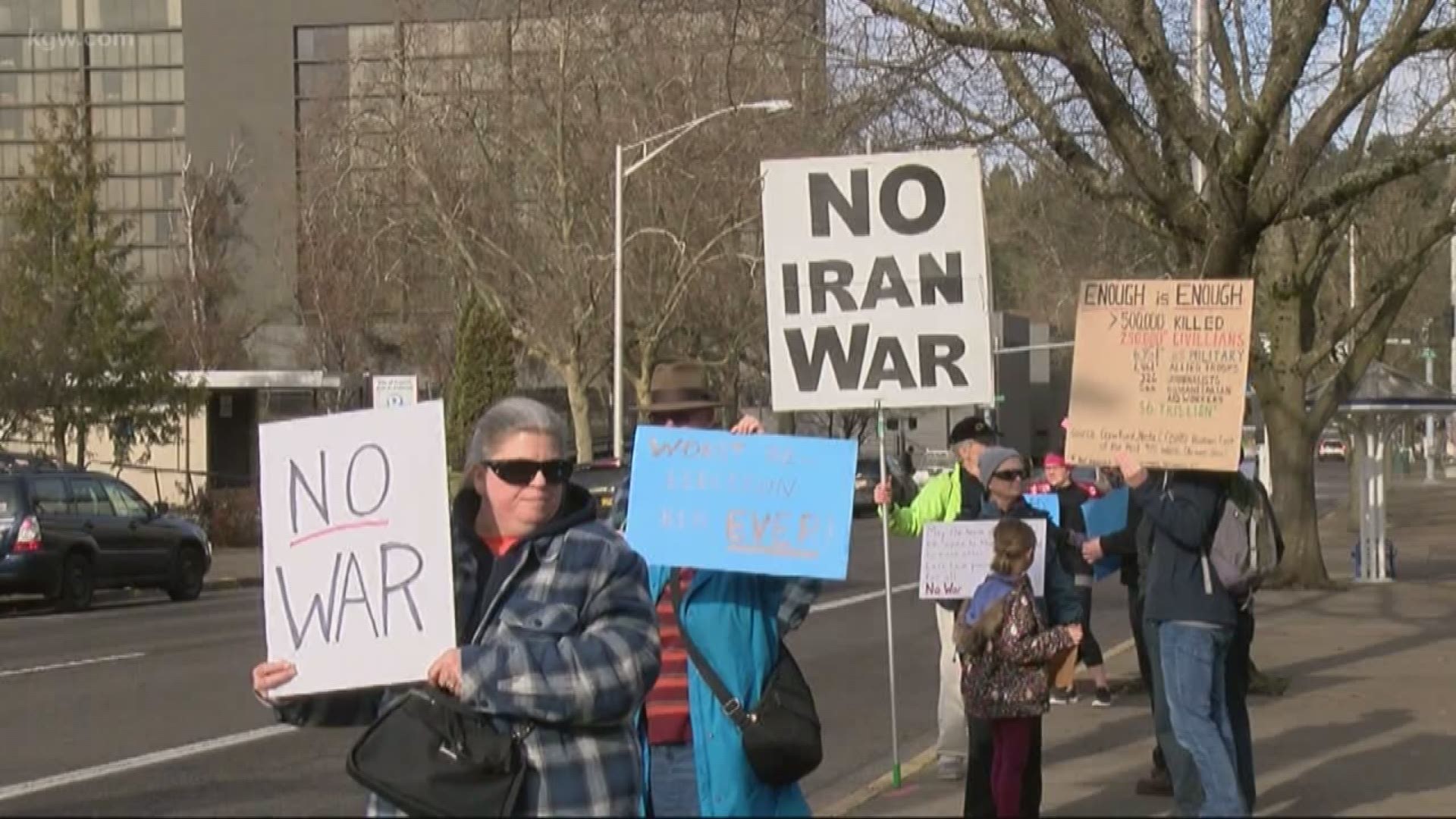 HAPPY VALLEY, Ore. — Some Iranian Americans in the area are concerned about being harassed because of tensions with their homeland.

And, as tensions continue to escalate, hundreds hit the streets across the nation to protest going to war. At the protest Friday in downtown Portland, one man said, “We'll do anything to stop the trump admin from escalating this into a full-blown war.”

Dozens turned out for a similar rally in Eugene. Now, others with ties to Iran are speaking up as well, saying we need peace not war.

Emami was born in the United States and grew up in the Beaverton area.

“Growing up just in America in general, you've always kind of had to wear two hats,” Emami said. “In American you're seen as Persian or Iranian, and you go to Iran, you're seen as American.”

Emami remembers facing discrimination as a child, but says it is not really something he has had to deal with as an adult.

“During Desert Storm that was, yeah, back in the '90s I remember our vehicles, parents’ truck was spray-painted and it happened to some of the neighbors, people were receiving anonymous threats and things like that,” Emami recalled.

Now though, he is concerned for younger generations who may be targeted because of what is going on and he is not alone.

“I'm not so concerned about myself, but I am concerned for the younger people out there, the kids in school right now, the elderly, the women wearing Hijabs, and guys with beards, you know, I'm worried that people are going to unfairly be judged just based on the way they look,” Emami explained.

“So, once you are from the south or looking middle eastern you are the target,” explained Goudarz Eghtedari who is a community activist and one of the founders of the American Iranian Friendship Council.

Eghtedari said he faced discrimination after 9/11 and worries the same could happen now.

Both Eghtedari and Emami hope the Trump Administration will work to de-escalate the situation with Iran but worry the President's tweet about targeting 52 Iranian sites could only make things worse.

“These cultural sites are what's most dear to the people and to, if you're saying that you're trying to help the Iranian people, keep America safe, then why would you attack the cultural sites that the people and tourists visit every day, the stuff that's dear to people's hearts, that's what terrorist organizations do, that's not what America is about,” Emami said.

Despite what Trump said, the defense secretary said the United States will not attack cultural sites in Iran if the conflict escalates.

Emami said he wants to be a resource for people if anyone in the community is fearful of discrimination and harassment.