The new rules include everyone, regardless of vaccination status. 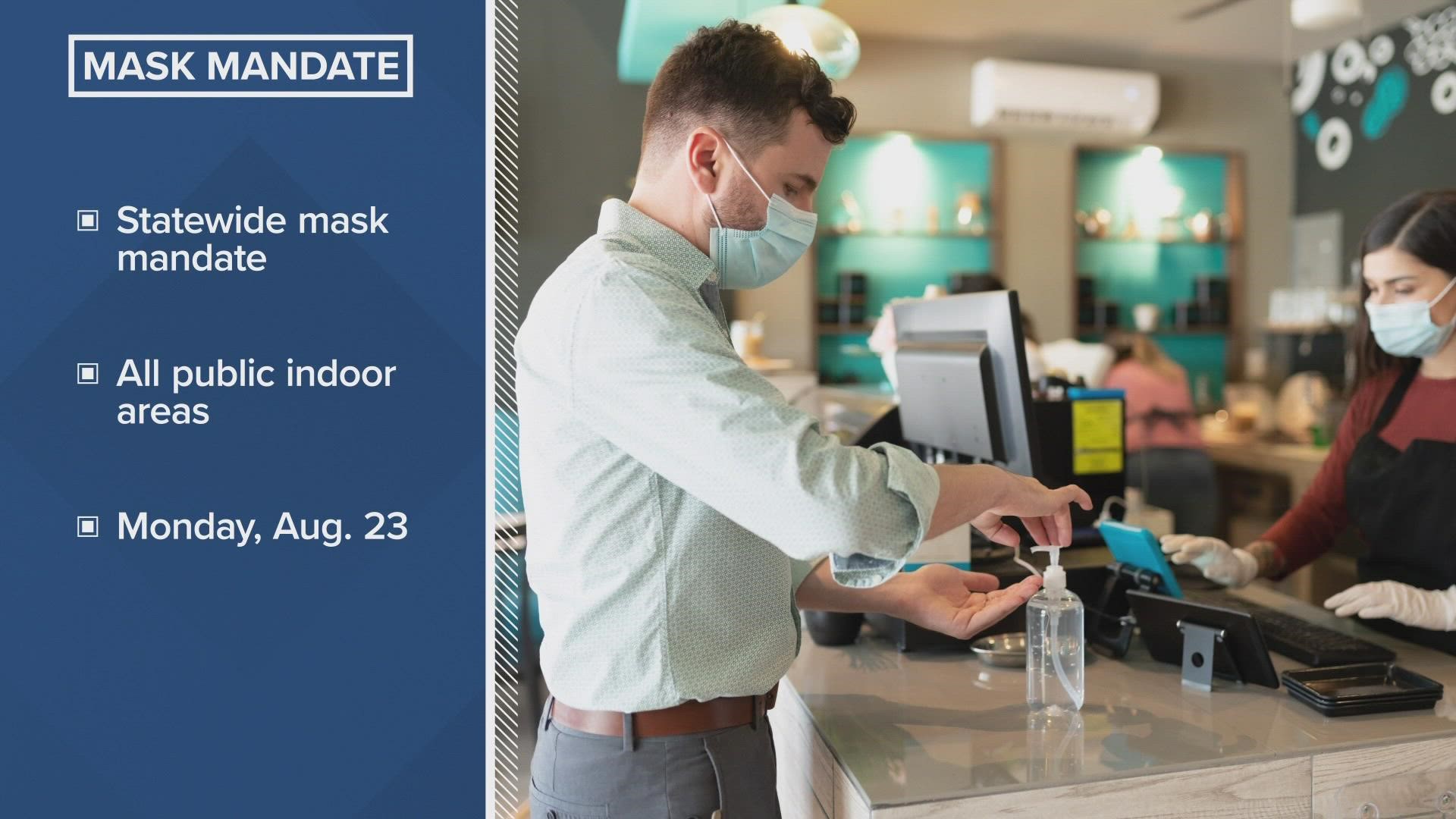 OLYMPIA, Wash. — A universal mask mandate for indoor public spaces regardless of vaccination status is now in effect in Washington state.

Gov. Jay Inslee announced the expanded mask mandate last week. He also expanded the state's COVID-19 vaccine mandate to all K-12 employees, in addition to employees at state colleges, and most childcare and early learning providers.

The mandates follow weeks of escalating COVID-19 case rates and increasing hospitalizations caused primarily by the delta variant of the coronavirus. Inslee’s office said Washington state recently broke its record for COVID-19 hospitalizations, which was previously set in December.

The governor's office is working with state partners to reestablish an enforcement system, according to a spokesperson.

"The governor’s office and other state partners are working together on reestablishing an enforcement system. There will be more details in the coming days," the spokesperson said.

Some spaces where the state’s masking mandate will not apply include office spaces not easily accessed by the public, places where individuals work alone with no public interaction and small private gatherings where all attendees are vaccinated.

While it isn’t a part of the mandate, the Department of Health (DOH) is also recommending everyone wear masks in crowded outdoor settings like concerts and fairs.

According to the DOH, case rates are approaching levels not seen since January. Additionally, every county in the state has a transmission rate of substantial or high, according to the Centers for Disease Control and Prevention (CDC).

To combat the continued spread of the virus, health officials said vaccinations are the most effective in preventing and fighting serious infections.

Inslee also announced last week that he was expanding the state vaccine mandate to include all workers at K-12 schools and employees at the state’s higher education institutions. The mandate previously applied to most state employees and health care workers.

Earlier Wednesday, the CDC announced that it is recommending a booster shot for those who are fully vaccinated with an mRNA vaccine as new data shows antibody count begins to decrease with time even after a second dose.

This means that eight months after their second dose, those who are fully vaccinated with either Pfizer or Moderna vaccines are recommended to receive a third dose.

These third doses will be made available the week of Sept. 20.