Independence Day looked and felt different in Portland this year

Independence Day falls in the intersection of two historic moments: a global pandemic and social unrest over police brutality and racial injustice. 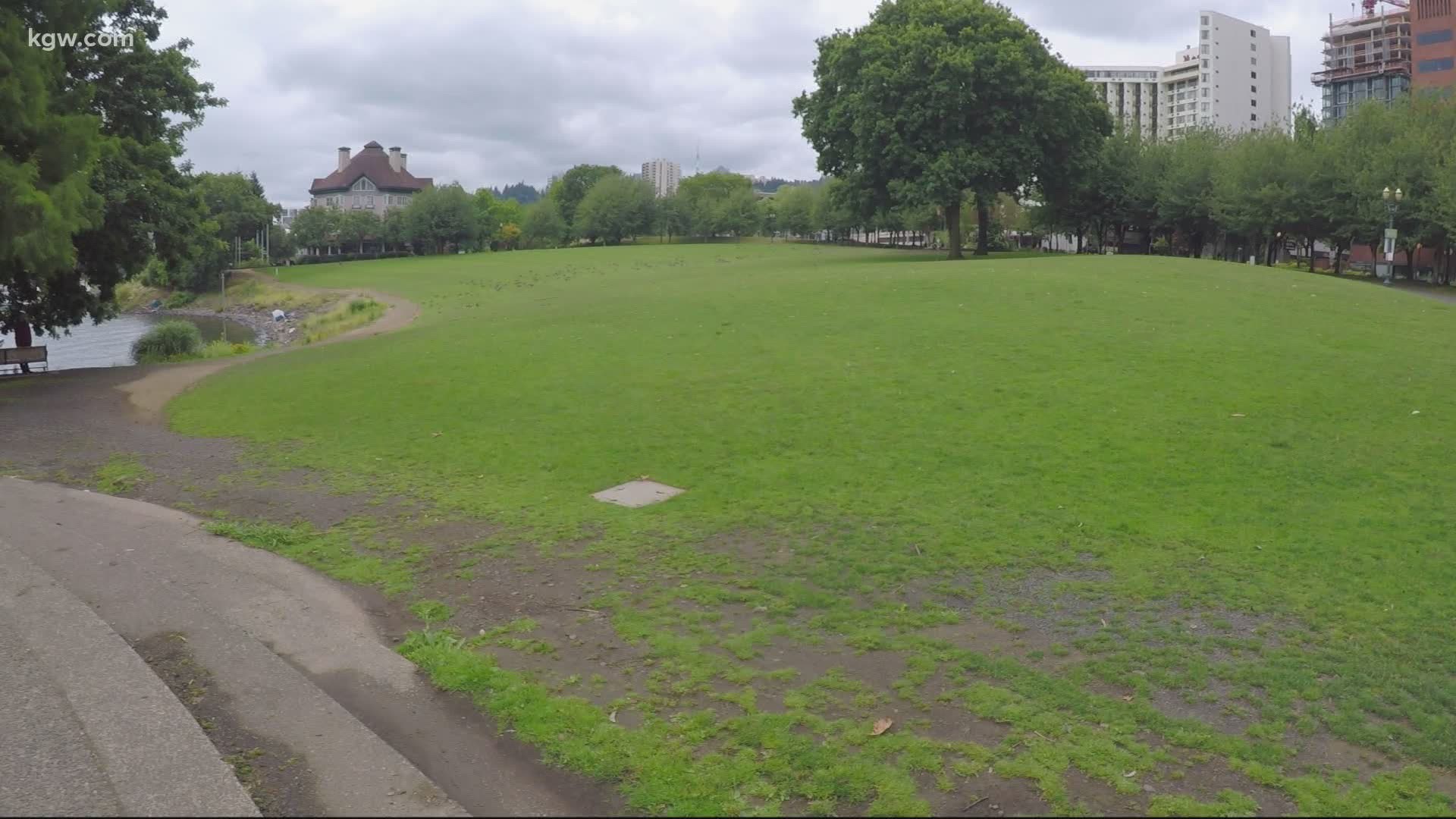 PORTLAND, Ore — Let's face it, this Fourth of July is unlike any other - for a lot of reasons.

Traditionally we celebrate the birth of America's independence with firework shows, parades, concerts and parties. But not this year.

Independence Day falls in the intersection of two historic moments: a global pandemic and social unrest over police brutality and racial injustice.

That reality changed a lot of people’s July 4th plans.

Down on the waterfront, it felt like any other Saturday in Portland - at least Saturdays during a pandemic.

Bikers, joggers and even tourists from around the world and states nearby were moseying around.

But it's not any other Saturday; it’s the Fourth of July.

“We decided to road trip out last minute and get a room and be in a new area,” Christina Collins and Dave Pezzner, visiting from Seattle, said.

“We're from Israel. It is my first time in America," Savin Tam and her mother Michelle said. "I was expecting fireworks like Katy Perry in the music video. But nothing. We were so disappointed, it's so sad.”

“There’s not very many people out and about. People are staying in, staying away from each other, socially separated,” Portlander Shane Morrison said.

Traditionally the Waterfront Blues Festival takes over the Tom McCall Waterfront Park this holiday weekend, drawing thousands from all over to the Rose City for a big party.

But this year, festival organizers had to cancel festivities at the park to curb the spread of the coronavirus, meaning no live music and no fireworks.

RELATED: 8 things to do around Portland this Fourth of July weekend 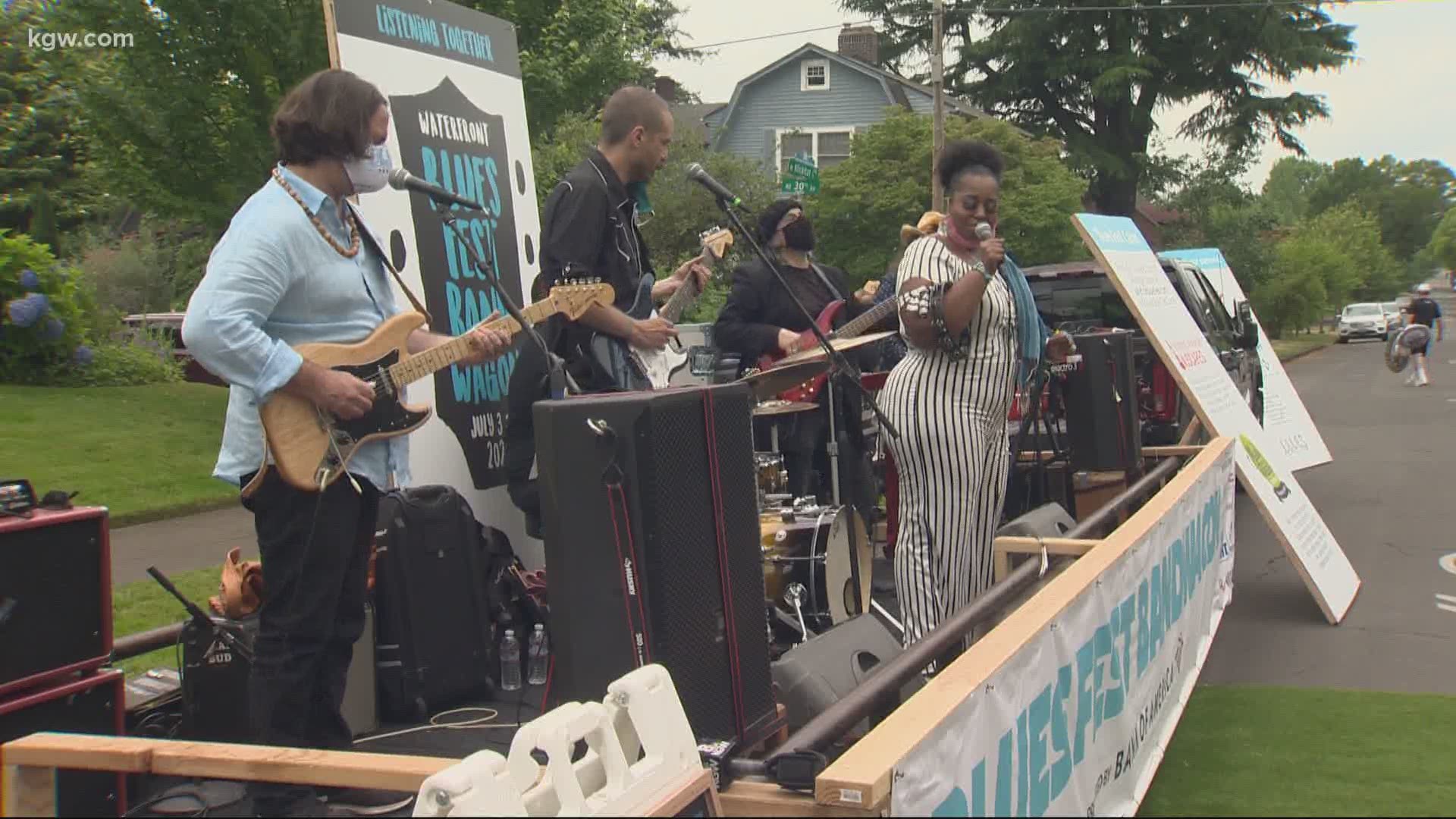 "It’s just a great place to celebrate the Fourth, really,” added Morrison. "Of course it's a bummer! We want to be down here with the festival, drinking some IPA, listening to some jazz music and hanging out with all the other Portlanders.”

“It is significantly different this year, really quiet. We’re so surprised how quiet it seems today,” said Don and Ann Johnston, who are from Southern California and visit family and friends in Portland yearly. “We both commented that we’ve been significantly impressed by the residents of Portland and taking COVID so seriously and doing the right thing.”

All festivities look and feel different this holiday. Other popular events in our area were canceled too, including the St. Paul Rodeo, Hillsboro Rotary Parade and Fort Vancouver Fireworks Spectacular.

“Fourth of July is a lot of [people’s] favorite holiday, you know. You have a barbecue, you enjoy friends and family, you enjoy the crowds, the festivity, the fireworks, of course,” McCusker said, “It just doesn't seem the same. It’s not going to be the same this year.”

Many are still be celebrating with friends, hot dogs and sparklers, trying to keep some of their favorite fourth traditions alive.

People tell KGW they plan to mostly hang outside, keep groups small and stay distanced from their friends. While Gov. Kate Brown's face covering requirement is for indoor public spaces statewide, some still plan to wear masks at their get-togethers.

Yet on this day we toast to freedom, it's tough to ignore the fact not everyone in this nation feels free. That’s proven by massive demonstrations continuing across America calling for racial justice, equity and equality.

“I feel like there is a lot of growth that needs to happen in this country for me to feel, like, really proud of what and who we are and what we stand for,” Collins said.

"This year is a very different sense of what it means to celebrate this da.  And it’s all kind of hazy and cloudy right at the moment; I want to celebrate it but I’m also super conflicted about a lot of different things. So today is just about family.”

RELATED: $10,000 worth of fireworks stolen from nonprofit stand