Wednesday’s fatal shooting of Jacob Macduff is being investigated by the Washington County Major Crimes Team, which is separate from Tigard Police. 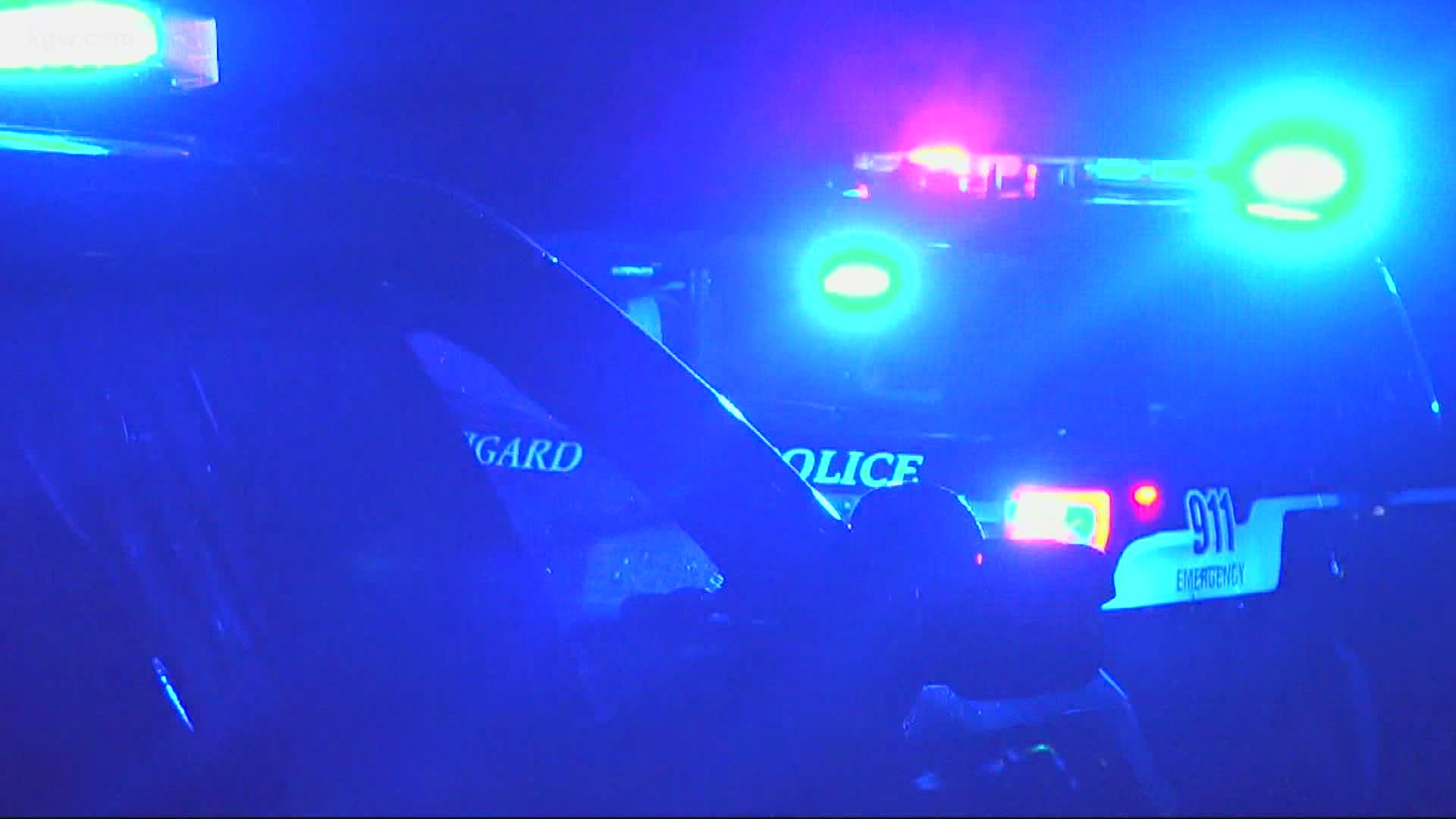 Two days after a Tigard police officer shot and killed a 26-year-old man in the parking lot of his apartment complex, and hours after dozens of people marched through the city’s downtown core smashing windows and spraying graffiti, the department’s Chief urged residents to let the independent investigation into that shooting play out.

“I understand people want answers,” said Chief Kathy McAlpine at a news conference, Friday. “And it's frustrating for me as a leader of an organization to not be able to give those answers in a timely manner. But there is a process. There is transparency, but when I say transparency, it's not rushing to give information I don't even have.”

Wednesday’s fatal shooting of Jacob Macduff is being investigated by the Washington County Major Crimes Team, which is separate from Tigard Police.

Tigard police identified Gabriel Maldonado, a 14-year veteran of the department as the officer who fired his weapon on Saturday. He has been placed on critical incident leave, which is standard protocol.

“That [investigation] takes time,” she said. “That takes interviews, evidence, and that process is going on.”

Police were called to Macduff's apartment complex, Southwest Hall Boulevard and Bonita Road, around 4 p.m. Wednesday on a domestic disturbance.

In a news release, police said Macduff had a knife and resisted arrest. During a struggle, the release said, officer shot him. Police aren't releasing more details right now.

A search of Macduff's background shows no criminal record. Friday, neighbors said police had been called to his apartment five times in the two days leading up to the shooting, all for mental health concerns. Police wouldn't confirm that detail.

Credit: (Courtesy: Theresa Chapin)
In happier times Jacob Macduff can be seen in a photograph with his friend Theresa Chapin. Chapin says Tigard Police failed her friend who was in a mental health crisis when police shot and killed him Jan. 6.

“The crimes that took place in Tigard last night will not be tolerated,” McAlpine said.

Tigard residents who came to see a memorial near Macduff's home are blown away by this.

“We've been hearing about this stuff happening in Portland,” said Ella Cowley. “But to see it this close to us, it brings a new level of like how real this is.”

RELATED: How to talk to your kids about the riot at the US Capitol