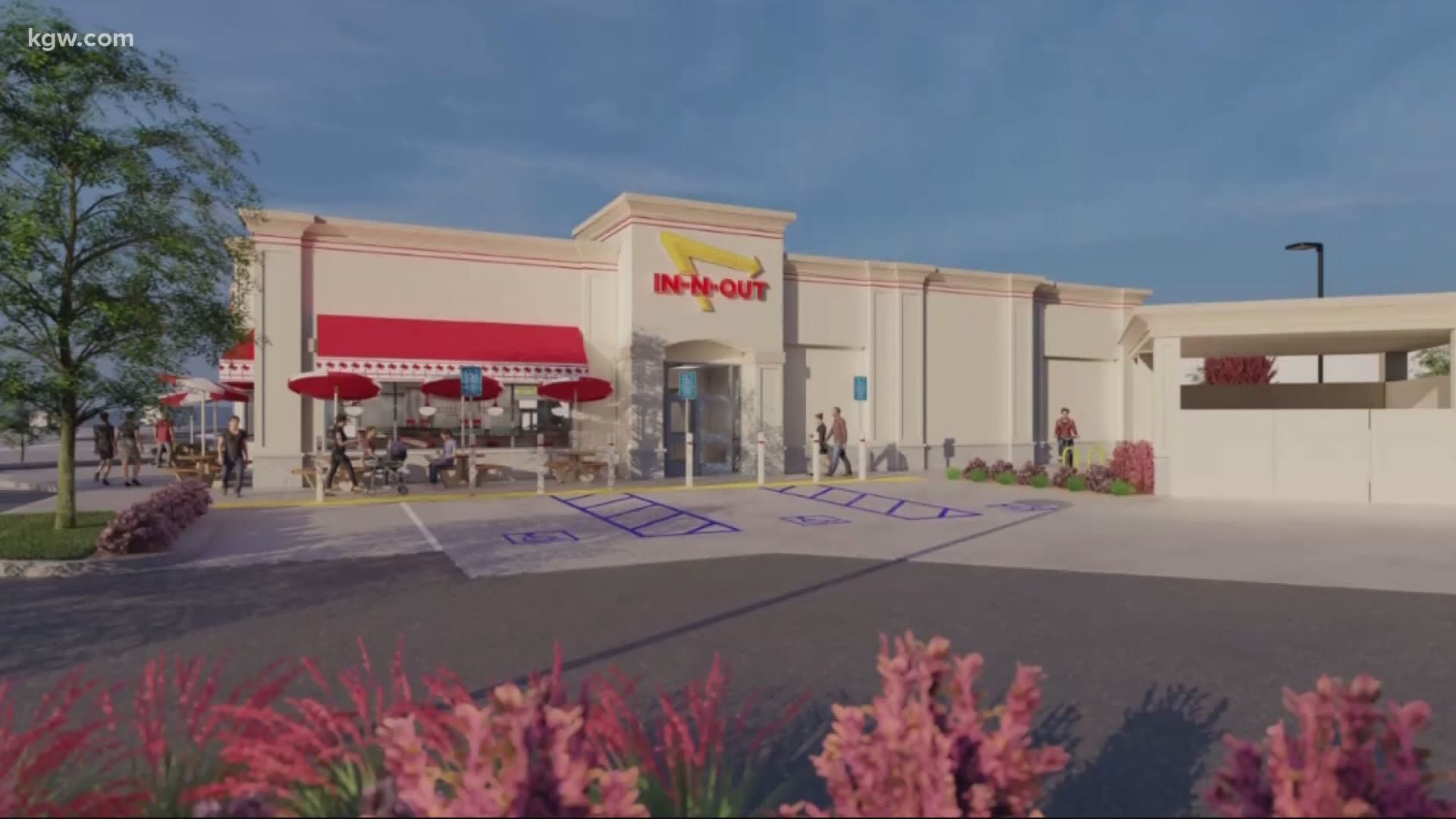 TUALATIN, Ore. — We're getting our first look at what an In-N-Out Burger might look like in Tualatin. On Thursday, the restaurant chain released new renderings of what the company envisioned for a location near Bridgeport Village. They want to build where the vacant Village Inn sits. That restaurant closed in May.

A representative released the images during a virtual neighborhood meeting to share development plans. She said the Tualatin restaurant would have a two-lane drive thru and 51 parking spots. Sole access to the restaurant would be through a new entrance built off Jean Road, with the goal of keeping cars on interior roads, rather than funneling traffic directly off Interstate 5. In-N-Out used a similar design strategy to avoid freeway traffic jams when it opened its Keizer location, last year.

“That same thoughtful and proactive approach to traffic control management will be undertaken here in Tualatin,” said the In-N-Out representative. “We are committed to making sure that any of our opening plans go as smoothly as possible.”

In an e-mail to KGW, Tualatin Mayor Frank Bubenik told KGW he's receiving e-mails expressing a great deal of distress over the traffic impact at the adjacent intersection and on I-5. In-N-Out said the chain would pay for a traffic impact analysis. A spokesman for the Oregon Department of Transportation told KGW they're aware of the restaurant's plans, but will need to know a lot more before considering any changes.

The In-N-Out representative said they are still in the early stage of planning for the Tualatin location.

“We definitely have a lot of work to do with our traffic impact analysis,” she said. “So calling it a done deal—I don't think that’s an accurate way to describe where we are in the process.”

The In-N-Out representative said the company was also exploring the option of opening other locations in the Portland metro area. She said they're looking at sites in Beaverton, Happy Valley, Hillsboro, Oregon City and Vancouver.

RELATED: There are more than 30 items on In-N-Out's secret menu. Here's what you should try

RELATED: 'As close to heaven as we'll get': In-N-Out opens in Keizer